How do I keep the Ubuntu One sync daemon from automatically starting up?

I have a Windows XP VM solely for the purpose of using Quicken. I have all my documents in my home folder including the Quicken files, to which the VM sees via a Samba share.

If the Ubuntu One sync daemon is running while I'm using Quicken, I cannot edit or modify transactions due to however U1 locks the file. So I made a script to stop the U1 daemon before the VM starts, then start it back up again after the VM shuts down if it was running to begin with.

All was working well, or so I thought. If I have a lot to do in Quicken therefore having the VM open for longer than 20 minutes, the U1 sync daemon will start up again and start syncing my files, causing Quicken to at least prevent me from editing anything and at worst locking up which forces me to shut it down and lose work.

How can I prevent the daemon from starting again unless I tell it to?

Below is the script I am currently using:

First, open the U1 Program: 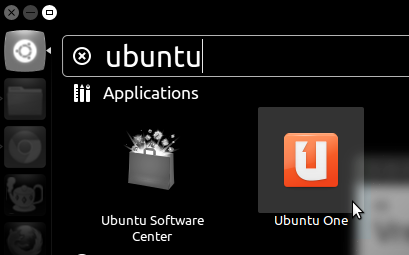 Then, you can either disable it at startup or temporarily. To disable at startup, go to the settings tab and uncheck the box saying "Connect automatically when the computer starts":

To disconnect temporarily, simply click on the disconnect button at the top right of the U1 program:

You can always turn it back on when you're done.

Not the answer you're looking for? Browse other questions tagged ubuntu-one scripts services or ask your own question.

1
Delay shutdown until UbuntuOne has finished synchronizing
0
Ubuntu One intermittent sync
2
Manually Start Ubuntu One Daemon
0
Ubuntu One Music Sync
3
How does Ubuntu One know when to automatically sync files?
3
Start script in /etc/service (runit) is not working with daemon
4
Prevent deja-dup daemon from starting, but keep deja-dup
0
Ubuntu 18.04 - A script to shut down a PC in an event