A serious issue cropped up just now, I removed my 32bit 12.04 and installed 12.10 64bit version. I followed Creating an EFI partition given at UEFI

Now my system wont boot without my bootable USB stick connected.. It automatically goes into Press F12 to enter boot menu mode without the USB stick

With the usb connected I get this boot screen, with one extra option saying Install Ubuntu OEM (for manufacturers only) Again same UEFI link as above

Ubuntu is installed fine as I can see the 3 partitions I created while Installing UEFI boot partition, / and /home and also this confirms that I have ubuntu 12.10 and Windows 7 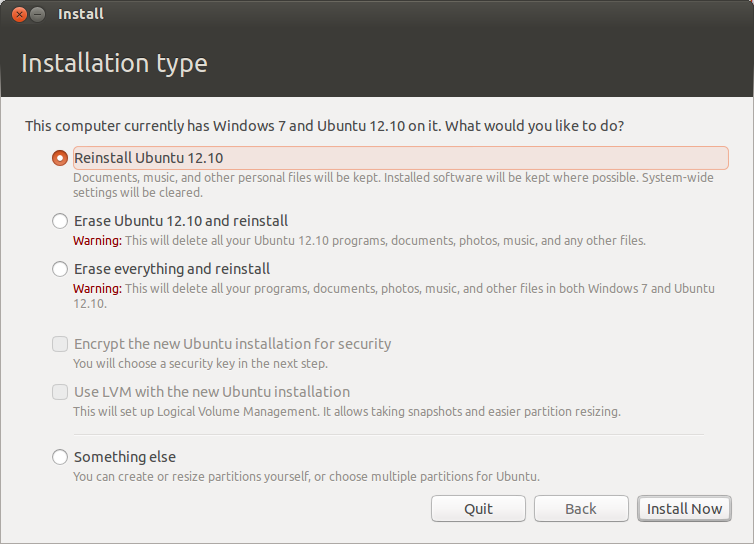 And the following image shows the partitions I have, I have made a mistake by creating 2 swaps, I'll rectify it later 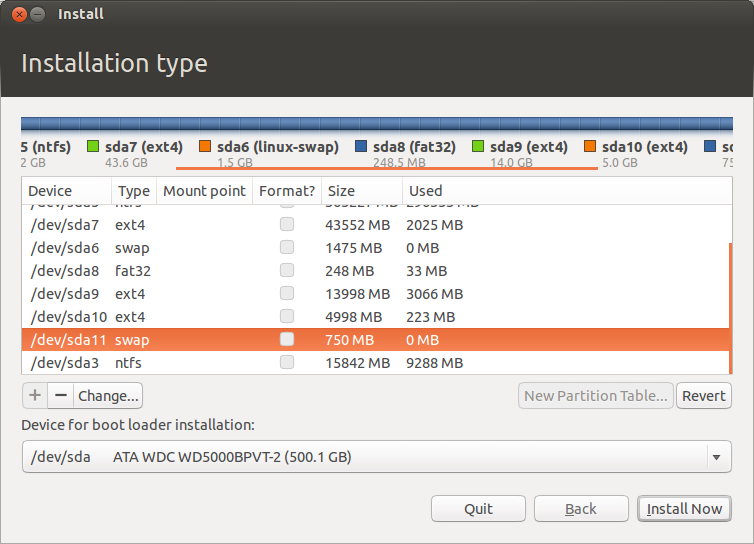 FYI: I also tried to install 64bit 12.04 when it released, but had problems of windows not being listed in Grub bootloader.

You don't have a proper EFI installation; there are several things wrong with it. First, though, consider this: It looks as if you're dual-booting with Windows, and Windows is clearly installed in BIOS mode. If you intend to keep booting Windows from this disk, I strongly recommend against attempting an EFI-mode installation of Linux. Instead, I recommend booting a Linux recovery disk in BIOS/legacy mode and re-installing GRUB 2. That should get Linux booting in BIOS mode, and you should be able to dual-boot Windows in BIOS mode.

If you don't care about booting Windows, or if you want to convert it to boot in EFI mode, you'll have to correct some things about your installation: