What is the loopback device and how do I use it?

What are loopback and localhost?

Why do they exist, what are they used for, and how would I use them?

The loopback device is a special, virtual network interface that your computer uses to communicate with itself. It is used mainly for diagnostics and troubleshooting, and to connect to servers running on the local machine.

The Purpose of Loopback

When a network interface is disconnected--for example, when an Ethernet port is unplugged or Wi-Fi is turned off or not associated with an access point--no communication on that interface is possible, not even communication between your computer and itself. The loopback interface does not represent any actual hardware, but exists so applications running on your computer can always connect to servers on the same machine.

This is important for troubleshooting (it can be compared to looking in a mirror). The loopback device is sometimes explained as purely a diagnostic tool. But it is also helpful when a server offering a resource you need is running on your own machine.

For example, if you run a web server, you have all your web documents and could examine them file by file. You may be able to load the files in your browser too, though with server-side active content, it won't work the way it does when someone accesses it normally.

So if you want to experience the same site others do, the best course is usually to connect to your own server. The loopback interface facilitates that.

Thus, to log in as bob via SSH to the SSH server running on your own machine, you would use:

Like other network adapters, the loopback device shows up in the output of ifconfig. Its name is lo.

One common, production (i.e., not just diagnostic) use of localhost on Ubuntu is to perform advanced printer configuration. In a web browser, go to:

CUPS runs a web server on port 631, and this can be used to configure printing, regardless of what GUI you are running (or even if you are not running a GUI at all). 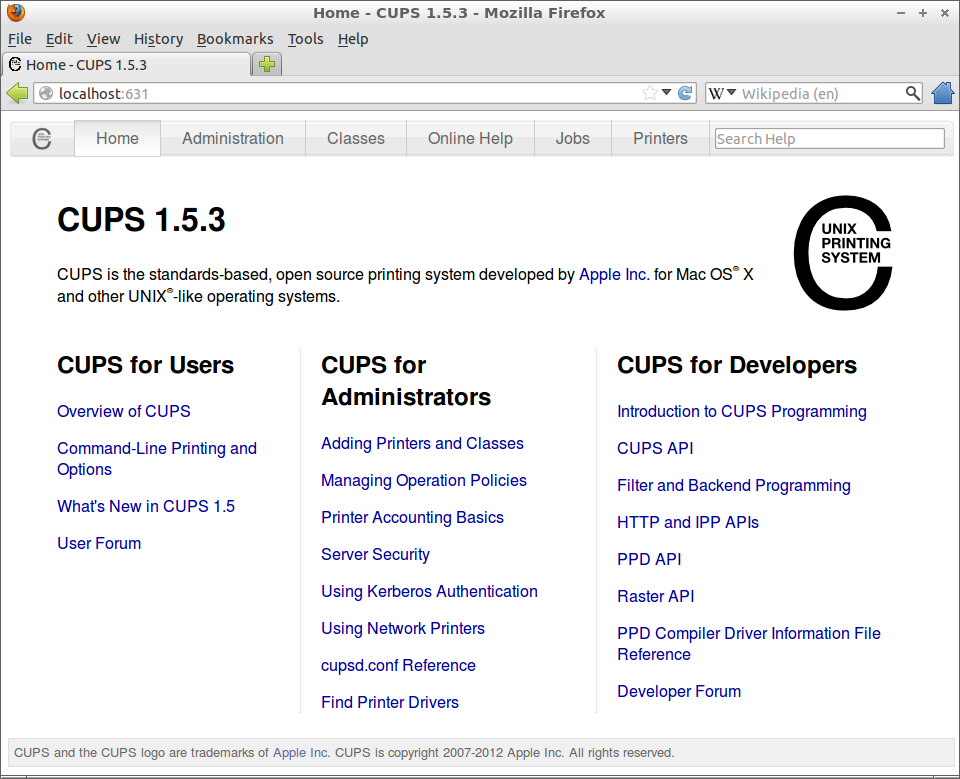 A Notable Difference from Windows

If you come from a Windows background, you might expect loopback to itself be a synonym of localhost (and thus to be able to ping loopback, connect to servers on loopback, and so forth). That behavior is peculiar to Windows.

Other Meanings of "Loopback"

The general concept of loopback is a mechanism through which a message or signal ends up (or loops) back to where it started.

So there are a few other ways loopback is use in Ubuntu that should not be confused with the loopback device in networking.

To mount a disk image in Ubuntu, you could run:

This is usually called a loop device (and not a loopback device), but the term loopback file interface is occasionally used.

This has nothing to do with the loopback device in networking.

Pulseaudio and other sound systems provide a mechanism to "connect" line-in to line-out, so that audio input is echoed back to your speakers/headphones. Pulseaudio's loopback module facilitates this.

Not the answer you're looking for? Browse other questions tagged networking localhost or ask your own question.

40
What's the default /etc/network/interfaces?
24
How to set a domain to ip address?
3
How to install network-manager without internet access?
9
How is the loopback device implemented?
5
How to tell if Ubuntu is using WiFi or Ethernet
6
Is there a way to make nautilus run individual processes?
4
Refused to connect-to same machine's local ip address (192.68....)
3
What is "normal" activity on the loopback (lo) network interface?
2
How to resolve a request on /folder to a separate documentroot on Apache 2.4 and pass php to two fpm pools
0
iptables prevents me from connecting
See more linked questions