Why is Google Chrome displaying artifacts in YouTube? [closed]

Since installing 12.10, Chrome has been displaying bizarre colored artifacts over youtube videos, I can still watch the videos, but it's more than a little irritating.

I've installed Chromium, and there is no problem there. I assume then, that it is an issue with the built in Flash plugin that comes with chrome.

Here is a picture of the colored artifacts: 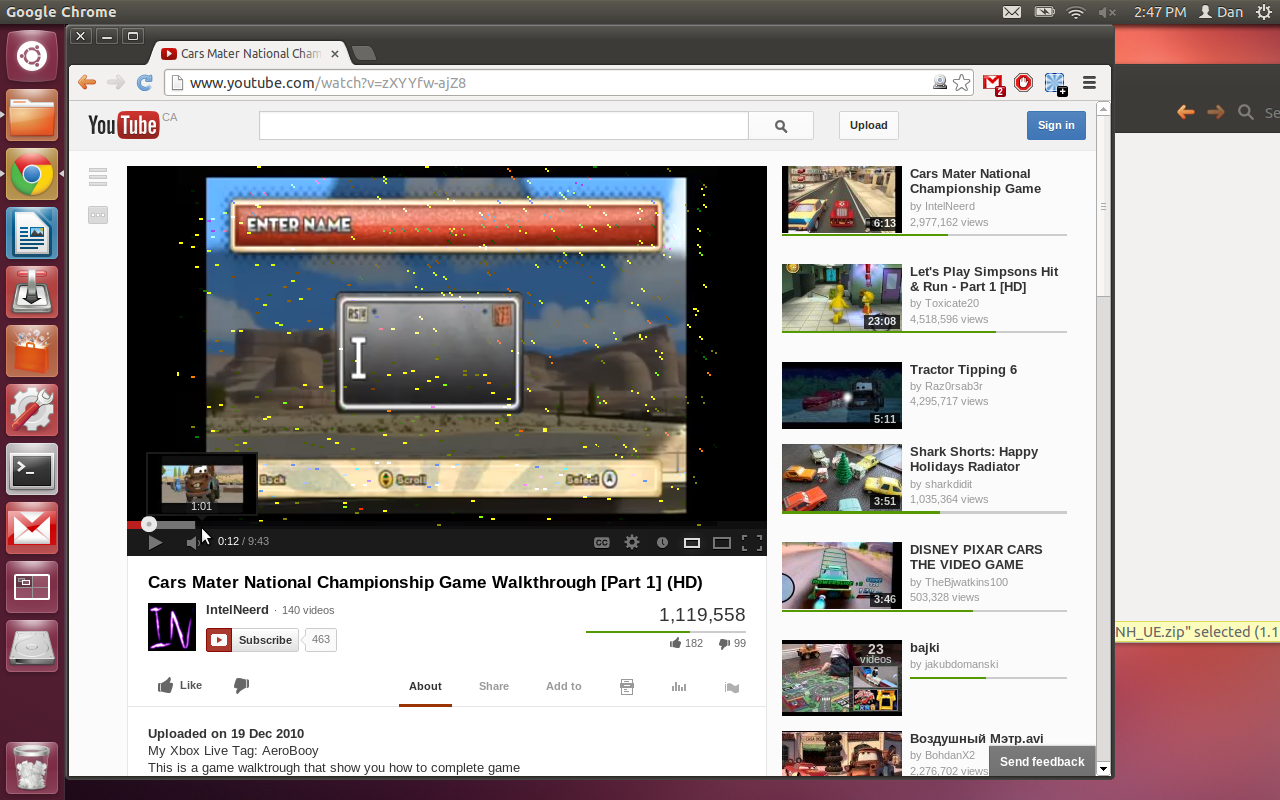 It involves the Pepper version of Flash and certain Mesa drivers.

Running Chrome with the Pepper Flash but with the --disable-accelerated-compositing switch stops the snow from appearing but WebGL function will be lost.

The other Flash, NPAPI Flash, also used by other browsers such as Firefox, isn't affected possibly because "the NPAPI plugin doesn't use the GPU process and probably just provides software rendered frames".

There are thus two workarounds: disable the Pepper Flash and enable NPAPI Flash (if it is installed)
or
continue using the Pepper Flash but with the --disable-accelerated-compositing switch

Read the bug for full details.

This is not a problem with Flash plugin, but with HTML5 video. While I don't know the exact cause, I suggest that in the meantime you disable YouTube's HTML5 support (in http://youtube.com/html5)

Not the answer you're looking for? Browse other questions tagged google-chrome flash or ask your own question.

0
Youtube yellow snow screen on Google Chrome
0
Only in Ubuntu 12.10 Chrome on Youtube, videos are all playing with grain particles all over

6
Flash Player not present in Chrome
1
YouTube shows "Missing Plug-in" in window after installing Flash
12
How do I configure Chrome to use the system installed Flash instead of the bundled one?
6
YouTube Videos Stopped Streaming
7
youtube videos say: "This video is currently unavailable." when using Chrome
9
Can't watch protected flash videos (nbcsports.com) on chrome in Ubuntu 14.04