How can I make Ubuntu/GNOME look better i.e more smaller and compact?

I like Ubuntu and I don't use Windows except at office but I have always felt that every thing in Ubuntu/Gnome is a bit bigger than it should be i.e the fonts, desktop icons, the window borders and every thing else. This thing really annoys me when I am working in Eclipse. As a developer, desktop real estate is really important for me and I cant afford to waste it.

So the question is how can I make things look more like Windows i.e crispier and smaller? 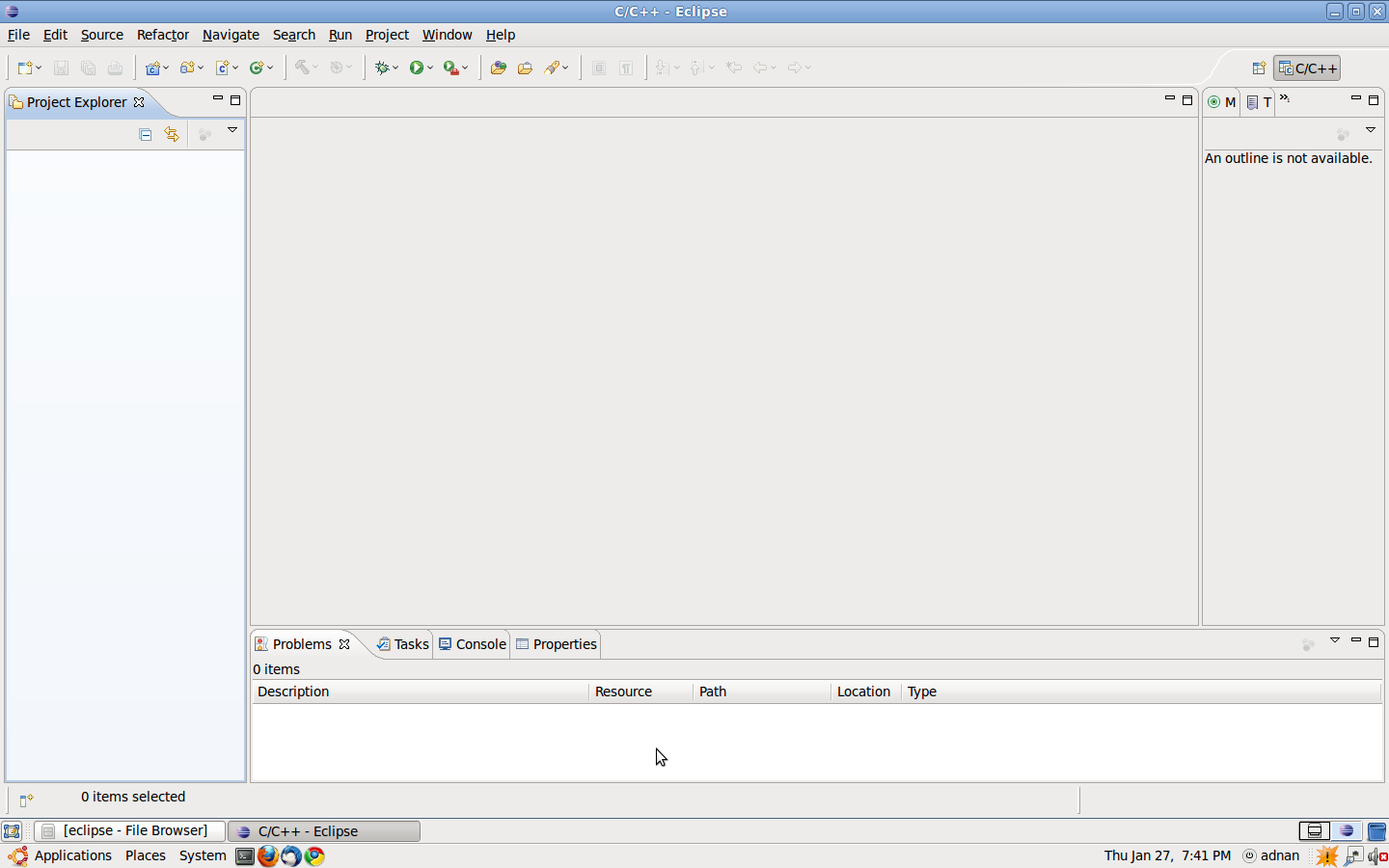 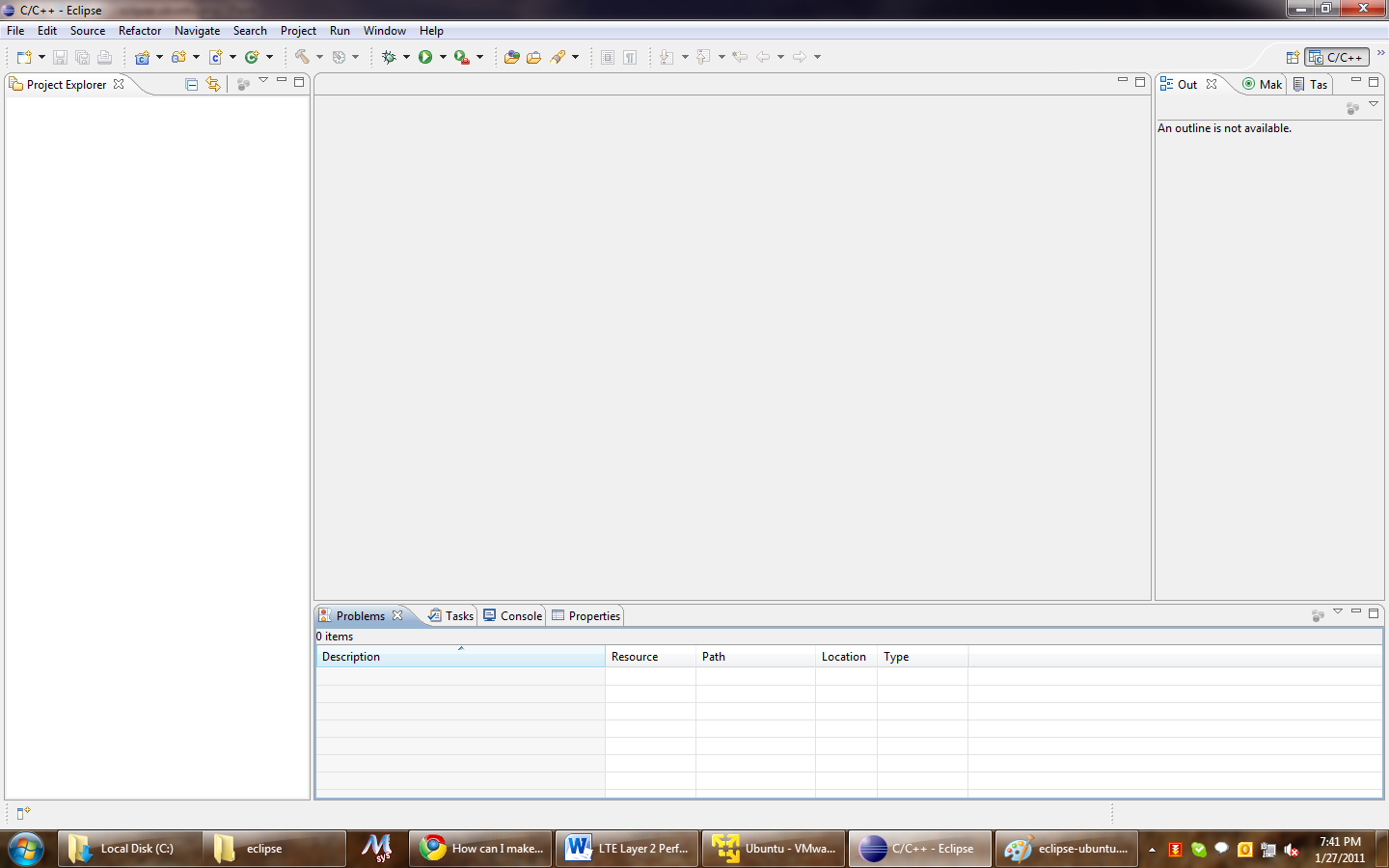 UPDATE: I am actually using Ubuntu 10.10 but at the time when I wrote this question I only had 9.10 machine available to me so I used it to get screen shot.

I want things to be compact, not exactly windows like. I say windows because it looks lot more space efficient and I don't like the wasted space. Also I know that I can tweak almost every aspect of GNOME seperately but I want something that can do this for me like some theme or some thing else that can later be easily undone (if I dont like it)

The GTK themes tend to have a lot of padding. A theme like Clearlooks compact gives Eclipse a whole new look. See here, for instance: http://martin.ankerl.com/2007/11/04/clearlooks-compact-gnome-theme/

On the other hand, you can hand-edit the files and achieve a customized look. See here: http://lj4newbies.blogspot.com/2008/02/make-your-eclipse-look-better-on-ubuntu.html

For font sizes and smoothing options, check the Appearance Preferences > Fonts tab. Then click on the "Details" button: 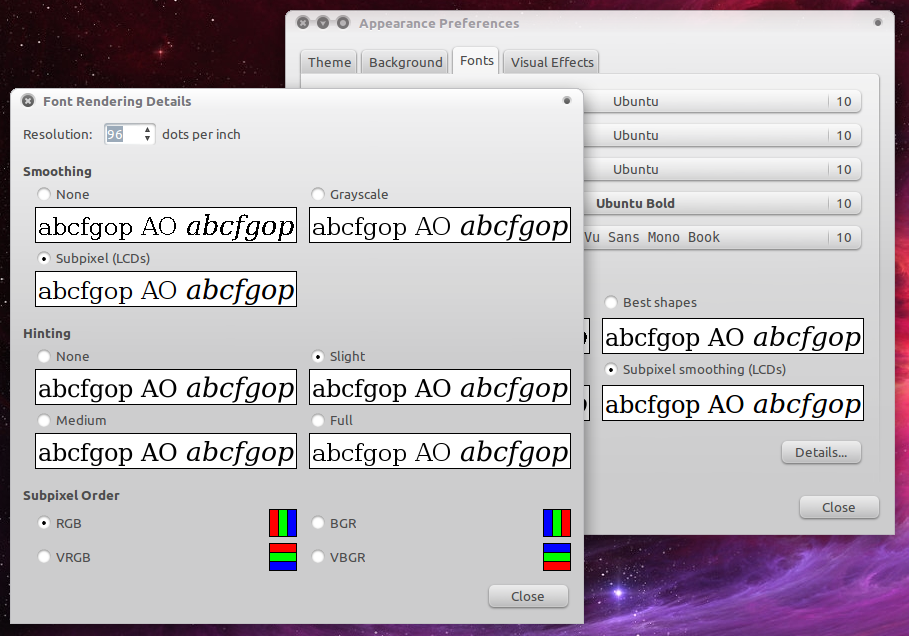 Play with the settings till you get what you like.

If I understand correctly, you're not really after the Windows theme. So you can keep the default gnome look, or - which most would probably prefer - try out different themes (and there are quite a few that are really good). Check out http://gnome-look.org/ and http://www.deviantart.com/. Both sites have some really good themes and other customization tools to make gnome look very different than the default.

Give a chance to Emerald, it is having a better customization engines which will allow you to have lots of themes and edit them with ease.

You can also install fusion icon, which will allow you to manage your window managers and decorations with a click.

Or find it in the menu under: System Tools.

BTW: There are themes which makes the windows decorations look like Windows, all versions.

Try Win2-7 Pack here: http://gnome-look.org/content/show.php/Win2-7+Pack?content=113264 which i normally install to some users if they really want to have it like that. I should warn you. It will REALLY look like Windows 7 so you might get confuse.

To get a little more vertical space you can also try to put any menus, indicators, selectors, etc. on a single panel. I changed to using a single vertical panel just to generate space on my widescreen monitor. Vertical space is at a premium, horizontal space is abundant.

Not the answer you're looking for? Browse other questions tagged gnome windows gui desktop-environments or ask your own question.

34
How to make KDE applications look native in GNOME?
4
How can I make Ubuntu look like Debian 6.0 “Squeeze”?
2
How can I minimize Gnome GUI?
5
How I can make GUI of Netbeans look darker?
1
how to make Wine GUI elements look like modern Windows elements
3
How can I make the file manager toolbar buttons smaller?
0
Get best from both worlds: Gnome and Unity