How to customize Unity Launcher's background

In this question I do not want to customize the launcher for each workspace, or change the animations or behaviors of the icons. I only want to change how the background of the Launcher looks. Let me show you what I mean:

If I do not open the Dash, the launcher looks like the following:

It looks like this because I have a background that has gray, black and white colors. So Unity tries to accommodate the launcher to contrast with it.

Now when I open the Dash, the launcher looks like this:

What I want is to make the launcher look the same as if my Dash were open (Darker, richer background). I thought maybe to invert the colors of an opened Dash with a closed one, but that the end I do not care if the colors do change when I open the Dash, so long as the darker richer version stays.

Is it possible to do this, to make the background stay with a darker color like shown in the pictures above?

I have not tried this out, but from the explanation given in this post, it seems you can use MyUnity tweak tool to change the Launcher Background colour and transparency.

By setting the Background to a dark colour and transparency to nil, you should be able to get the desired effect. 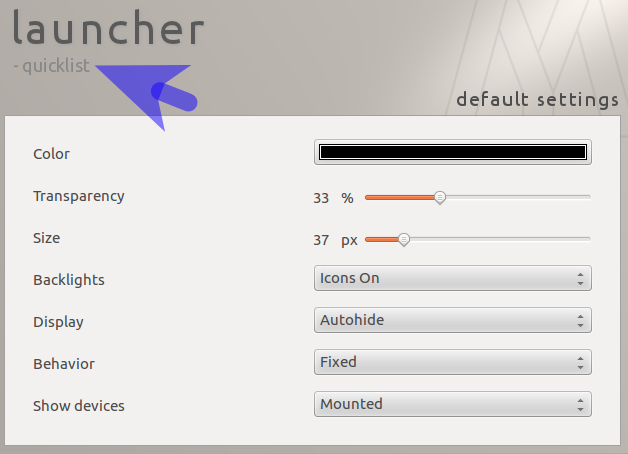