Is it possible to use Ubuntu for Android on a Nexus 7 or is it just for the smaller mobile devices?

Just to clarify, I'm not talking about running Ubuntu instead of Android on the Nexus 7 but taking advantage of the Ubuntu on Android project using the Nexus 7. Is it possible?

Also, is it in the Software Center right now or is it not ready yet?

What is the Ubuntu for Android Project?

Ubuntu's founding company Canonical are working hard to make an installer for mobile devices with multi-core processors. The goal is to reach all devices with more than two processing cores. As described, the focus will be the 'docking' feature, allowing you to 'dock' your device to experience a full-screen computer-styled experienced with a mere handset. Considering this is for all devices, it should be available for both tablet and smartphone - however not much has been revealed to the public at the moment。

Is the Nexus 7 supported?

As of late, no it is not. No devices are currently apart of the Ubuntu for Android project.

Since there is no way to do this, you may find that replacing Android for Ubuntu is the closest you'll get. If you feel like you wish to install Ubuntu, or find out more about the current development involving the Nexus 7, you can read below:

What is currently happening with the Nexus 7 and Ubuntu?

At the moment, a developer release of Ubuntu on the Nexus 7 tablet running the nVidia Tegra 3 multi-core processor. The release as stated before is for developers only and not intended for public, commercial or (really) any non-development or -testing related uses.
The release is running the alpha of Ubuntu 13.04, codenamed Raring Ringtail. The combination of the premature operating system and the very new adaptation to Android-native devices makes the release very unstable, hence why it is not recommended to regular users.
The release is has a simple one-click option for those wishing to attempt to install 13.04 on the Nexus 7 tablet. Tips on installation will be officially available at the non-developer release of the application. This is what it looks like right now: 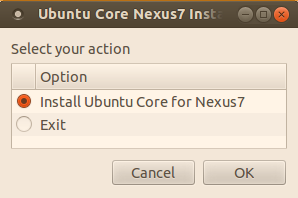 What do I do now?

The only thing average users can do is wait. Until a stable, safe, non-developer version is released (possibly by 14.04), it's not advisable that you put your expensive tablet at risk.
If you wish to keep researching about the project, you can look here:
At a YouTube video, or at this article about the latest version of the Nexus 7 installer on this OMG! Ubuntu! article. There is a picture, also: 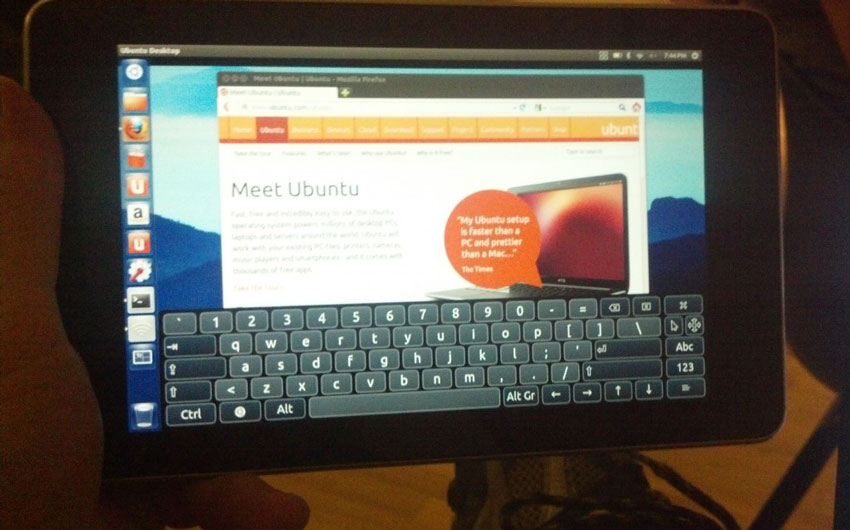 If you wish to install the program despite the risks, you can do so by looking at the following sources below:

You can learn how to install the program here or ask on the Ask Ubuntu chatroom.

Sources include this article from OMG! Ubuntu! and this one and this one also. Information was also found on the wiki as well as several other places

Not the answer you're looking for? Browse other questions tagged installation nexus-7 ubuntu-for-android or ask your own question.

11
How to install Ubuntu on the Samsung Galaxy S3?

6
Will “Ubuntu for Android” (12.04) work with the Samsung Galaxy S2?
1
Is it already possible to test Ubuntu for Android?
1
Problem restoring android after trying Ubuntu on Nexus 7
0
How to download and install 'Ubuntu for Android'
3
How to boot back into Android from Ubuntu Touch?