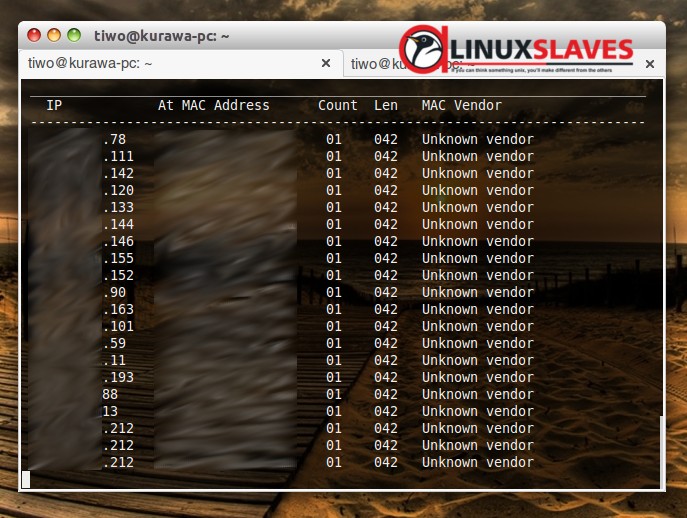 8
How to set up an Ubuntu 10.04 machine to accept ssh requests only from within the local network?
1
How do I make the system-wide proxy settings bypass the proxy for local addresses?
4
HPLIP or CUPS cannot Find Network Printers?
104
List all MAC addresses and their associated IP addresses in my local network (LAN)
0
How do I link my eth1 network card to my DNS?
2
Finding all used IP addresses within a LAN without assigning an IP address to your NIC?
6
How to list all the hostname in my network?
3
Block all incoming requests but local network