Any way to check the clock speed of my processor?

Is there any way to check at which clock speed my processor is running?

I have already tried cat /proc/cpuinfo but the clock speed I'm running isn't showing. I know Ubuntu 12.04 (Precise Pangolin) requires 700 MHz and VGA, but will an AMD Mobile Sempron work?

From the command line type lscpu. The information will be at CPU MHz:

There are a couple of ways:

Out of all of this, lshw and dmidecode provide the best information out of your CPU.

You can also target the current MHz detected by the kernel by querying the log files:

cat /var/log/kern.log | grep "MHz processor" - For the current and past detected MHz speeds. Will not work in some cases, that is why I posted the dmesg one first.

And that's all I can remember from the top of my head. I am fairly certain there are other ways, just don't remember right now. Of course, talking about terminal ways.

Note: All the commands above will also give you the CURRENT cpu Hertz, meaning, if you expect to see the same one on lscpu and when doing the cat /proc/cpuinfo it will be near impossible. you CAN compare the maximum because that should show the same for any of the ways you can analyze the CPU, but the current will always be literally "the current CPU hertz" at the moment you execute it. Lastly do note that dmidecode reads information from the ACPI tables which is not always the same as the real time ones done by the other tools.

For the current CPU speed one can dynamically watch this change in real time using:

To see the maximum CPU speed, use:

indicator-cpufreq-selector is a nice little indicator tool which shows your current cpu frequency. You can even select the desired cpu frequency.

While this is active, you can also spam the processor to see what maximum real-time speeds it can reach by openssl speed

I would just like to add i7z to this list. Contrary to the other options, this works better for CPUs in the i7, i5 and i3 series that have TurboBoost.

I'd like to point out sudo is needed for Ian's answer above:

However you can get the same results without sudo using:

My favourite is to use Conky where you can paint your own picture:

This sits on the right of my built-in display all the time. The relevant code for the CPU section is:

This is my favorite:

Although if you have Turbo Boost (or Turbo Core if AMD), you may prefer the following, which uses cpupower from the linux-tools group:
* On my system, both work equally well though.

Thanks @Zanna for point out the useless use of cat in the comments.

If you are using an embedded ARM device (such as a Raspberry or ARM based phones), you will not be able to use solutions using lscpu, dmidecode or /proc/cpuinfo because the current speed is not listed there, if the tool is at all available. Instead you have to use sysfs:

sudo powertop then hit Tab twice to get to the "Frequency stats" tab.

It displays Actual frequency (accurate on my Laptop, as opposed to dmidecode), along with stats about how long is spent in each available frequency.

Here is a straightforward way to get cpu frequencies for all CPU threads:

In a terminal, enter:

It should display the exact model of your CPU.

This Wikipedia page on the Sempron will give you detailed specifications.

I wanted to share this as a comment, but dont have many reputations on askubuntu, People who want to use indicator-cpufreq do not need to reboot the computer. Resetting the current X session is enough to display the icon.

As soon as you click on a lower frequency / Powersave, the powermanagement of the CPU kicks in, thereby reducing the clock cycle.

In a Linux terminal type the following command to get the CPU core name and it's current speed:

The gnome tweak Vitals shows to my mind more accurately to 2.5 (even 2.7Ghz) of my Ryzen 2500, others showed 2Gz. ( pdfsandwich OCR'ing a pdf file is a good tester as it maxes out all CPUs)

Please note that /proc/cpuinfo contains wrong values. Because of that I use this: 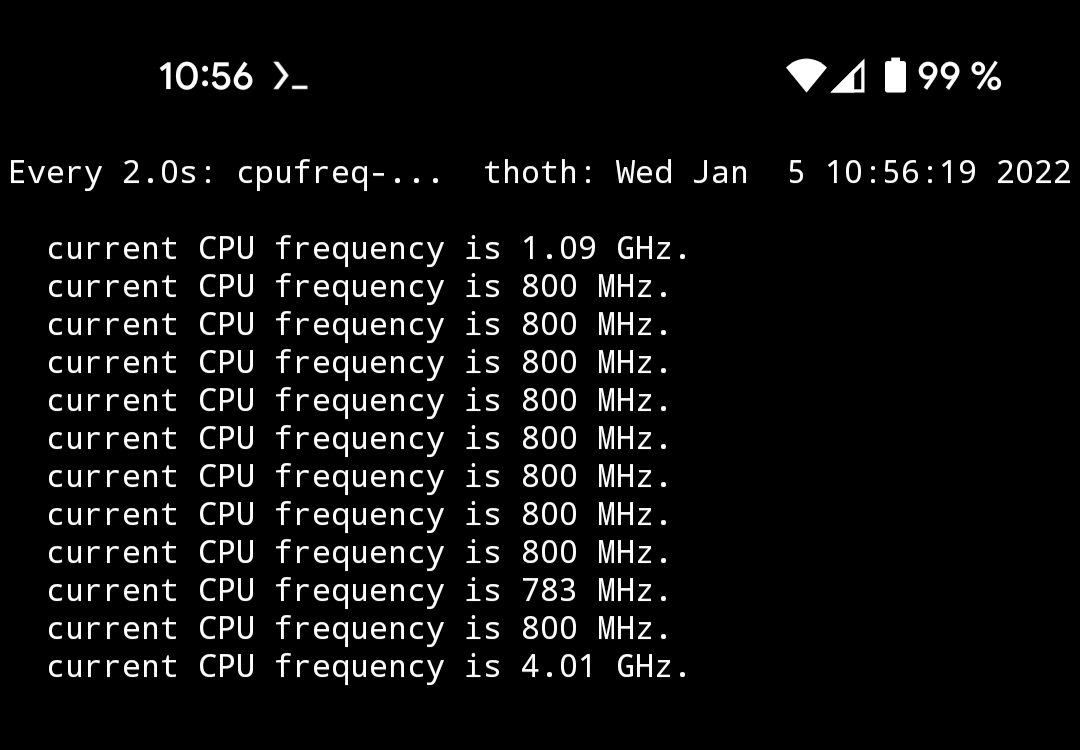 And here the wrong result of /proc/cpuinfo: 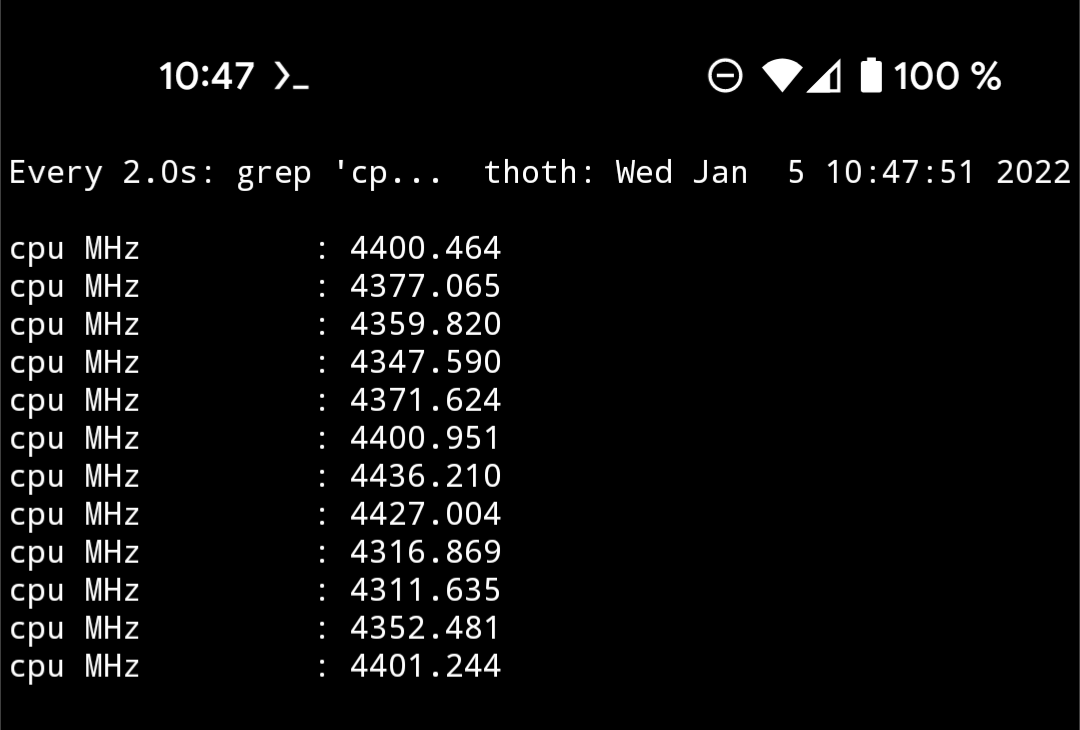 Ubuntu 22.04 no longer provides the current CPU speed in lscpu without the extra flags -ae so to get the average cpu speed I have a cpuspeed script in /usr/local/bin/:

All it does is print out the average cpu speed in MHz. If you want to continually monitor it, call it from watch.

Whilst I like i7z this produces the number without having to install anything or having lots of other stuff around it.

(assigning 0.001 to total is my hack to ensure that the floating point math works and I'm sure everyone will criticise me for have three different math methods in 3 lines! Please don't bash my Bash)

4
How to compare CPU speeds
0
Incorrect CPU clock speed?
0
Touch screen not working after some reboots (another reboot resolves it)
0
Xubuntu pentium 4 not enough CPU for development
2
Why is XPS 13 not able to run at maximum CPU-Speed?
8
Ubuntu get actual current CPU clock speed
1
Fix Ubuntu 16.04 issue with Gigabyte GA-AB350 motherboard and AMD Ryzen CPU
2
Ubuntu with Ryzen 2500u Processor speed capped at 2GHz