Does Ubuntu only work on Desktop PCs?

On the download page for Ubuntu it says "Download Ubuntu for your desktop". Is ubuntu 12.10 only compatible with desktops? Or does it work with notebooks as well?

You can use it on a desktop.

The "desktop" is actually a misnomer. It will work on laptops quite well. In fact, I'm using it on a laptop right now.

The term "desktop" is only to distinguish it from "server" edition where it has no GUI and only a terminal. That will work but it is not useful for a non-server-class user.

You can look in the official resources to know if your hardware is fully supported and avoid any surprises. Look in the wiki page or the certified hardware page. You should note graphics cards, and wireless, especially.

After this, download the file, burn it, and boot it!

I also want to note that Ubuntu will work on tablets, thanks to Paddy Landau's comment:

In addition to the helpful answers, Ubuntu also works (with the right hardware) on touch-screen tablets. There are even Ubuntu TV and Ubuntu for Android[to install on Android devices, not referring to what kernel and system libraries power the OS] but in development.

The reason that edition of Ubuntu is called "desktop" is because it comes with a graphical desktop (by default). A "graphical desktop" is what you are familiar with if you have used most modern operating systems such as Windows or Mac OS. It means that there are windows, icons, menus, buttons etc all sitting in a virtual "desktop" on the screen, and that you use a mouse or other pointing device: 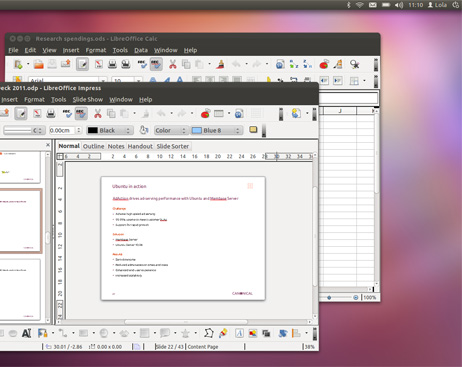 This is to distinguish it from the "server" edition which does not come with a graphical desktop by default. Instead, on a server you typically interact with it via a text console: 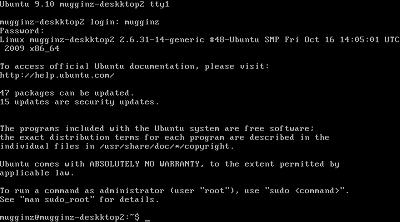 So the "desktop" refers to the desktop you see on-screen when you boot the OS, not to the fact that it runs on a desktop computer. The desktop edition is the same edition you should use for desktop computers, laptop computers, notebooks, netbooks, and so on as long as they're compatible (and if they run Windows 7, they probably are).

I can see how this confusion occurred, and possibly Ubuntu might need to think about how they convey this to people new to Ubuntu, and whether they need to reconsider the names for their editions. For example, if instead of calling their editions "desktop" and "server", they could call them "Ubuntu for users" and "Ubuntu for servers".

It works for both laptops and desktops.

Desktop here is a synonym for GUI that you can see in your laptop or pc.Unlike desktop there is a another version which primarily can be used for server,it does not contain any GUI. p.s: rightly explained by @neon_overload

Desktop is basically a computer with a display, keyboard, and mouse (or equivalent). This is the same paradigm that

I use the same distribution on my desktop and laptops.

The server edition is the same but it has different tools installed. The netbook version is also the same but with fewer installed goodies.

Tablets are a bit different, but Ubuntu interface seems to be moving toward tablet/surface type interface and away from focus on supporting the legacy desktop paradigm, but that is just my opinion.

No, Ubuntu can work on a desktop, laptop, and netbook. If you have a netbook it may run a bit slower, and you must be up to date with your netbook. But, any laptop or desktop should work.

Ubuntu work on any IBM PC (anything that is called PC whether "Desktop", "Notebook", "Netbook", with Intel CPU or with ARM CPU's).

There are Ubuntu versions prepared for running on Android phones too.

And if you have know-how you can run Ubuntu on some tablets too.

There are also Ubuntu version for servers and for cloud too.

0
Is Ubuntu only for laptops?