Swap, Swapiness and Standby: swapping starts when waking up

I regularly put my machine into suspend-to-ram (S3) and when the machine comes back up Ubuntu starts to swap out processes. I was able to observe that the used swap-space starts to grow right after the box returns. See munin graphs below, the gap (obviously) shows the timeframe in STR. 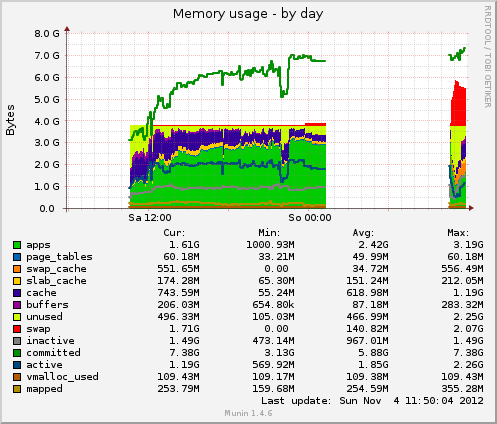 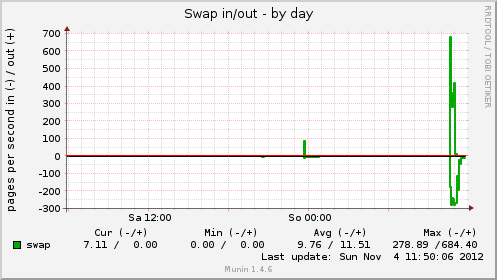 Needless to say that the box becomes unusable while swapping, load goes up beyond 10.

What I've done so far:

The java instance at the top is IntelliJ. IntelliJ, Firefox and Chrome also were all used right before the box was put to STR.

So my question is: can I somehow prevent these swapouts AND why do they happen? Is it perhaps related to some misidentification of idle processes? 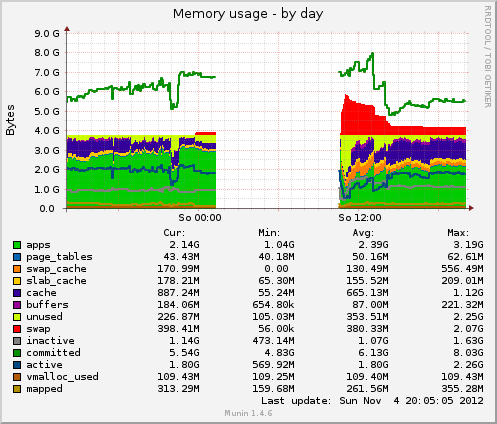 EDIT2 (resolved): I disabled my discrete ATI card in the evening of Nov. 20th and rebooted. The swap usage then dropped (see the missing red area in the Munin graph) and did not reappear since then while the box did a couple of suspend/fully-on-cycles. 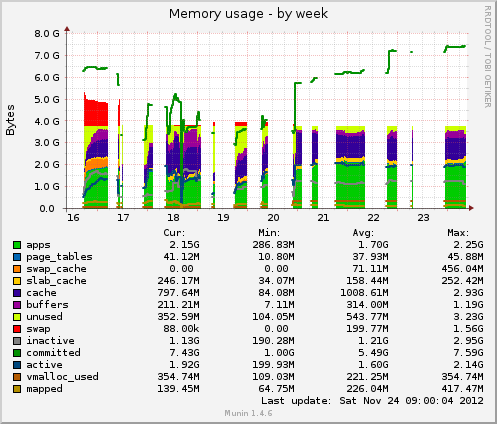 The root cause seems to be AMD's ATI fglrx driver (Catalyst) for radeon (Radeon Mobility HD 3650 in my case).

I suspect that your Lenevo uses an ATI graphics card. Although I am not certain that it is the graphics card that is causing your problem, the following may be useful reading in order of listing.

Unity does not start after installing the fglrx drivers

I hope this goes some way in assisting you. At your own risk.

Not the answer you're looking for? Browse other questions tagged suspend swap or ask your own question.

10
Unity does not start after installing the fglrx drivers

4
Why do some processes use swap and others don't?
1
restrict memory usage to prevent swapping
0
Graphic aberrations when swapping
1
swappiness is zero but swap is still used unnecessarily
6
Who eats all my file descriptors and thus memory?
1
How to make Ubuntu kill the problematic process when it goes out of RAM?
2
vm.swappiness does not apply to tmpfs, Ubuntu Server 16.04.5