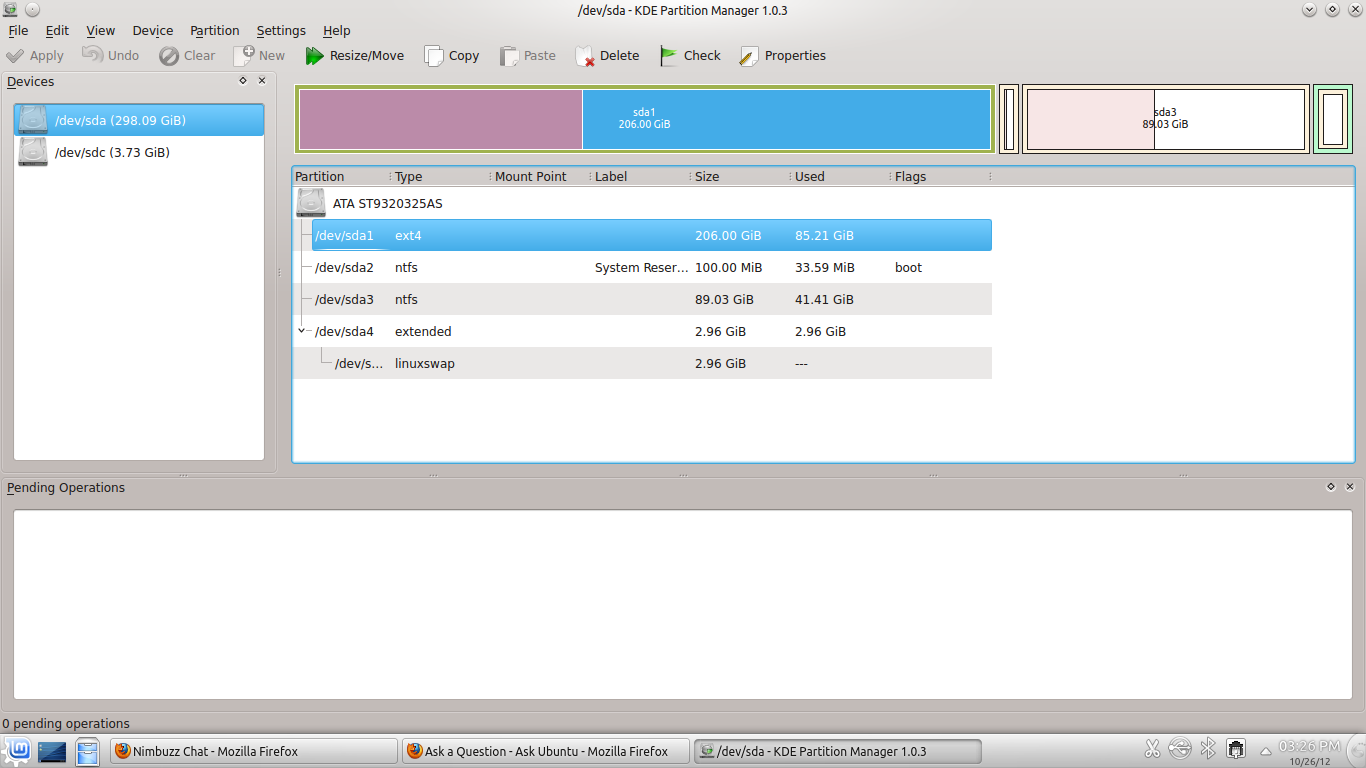 what i want to do- I want to install Linux mint KDE on my system for that i want to create a new partition of 30GB(by shrinking the free space available at dev/sda1), i can't create that because i can create only 4 Primary partitions which are already there. so do i have to delete the Swap partition? and if i did how to force Mint KDE and Ubuntu 12.04 to use/share same swap space in new logical partition?

There are a number of possible solutions, but the one I recommend is as follows:

The result will be a legal, if somewhat odd, partition table. One drawback is that this procedure leaves your Windows installation the same size as or bigger than it is now. If you wanted to use some of the Windows space for Mint, you'd need to shrink and move the partition, which is the riskiest type of partitioning operation. It's also likely to leave Windows unbootable until repaired. Overall, it's best to avoid this if possible -- and given your stated goals, it seems to be possible to avoid it.

In theory, both Ubuntu and Windows should remain bootable after this procedure; however, it's conceivable that one or both OSes might be rendered unbootable. If so, you'll need to repair bootability with an emergency system. The details of how to do this depend on the details of the problem, so I won't address those details here; I just want you to be aware that there's a small but real risk of this happening, and that the problem can be overcome if you encounter it.

This is an unfortunate situation for you. Re-sizing sda1 will not allow you to expand the size of the logical partition, because the space must be contiguous, and there is another partition between sda1 and the extended area.

Both Linux installs can share one swap partition. When you are setting up the partitions, just tell the installer to use the already existing swap.

Have you considered a 2nd hard drive?

Not the answer you're looking for? Browse other questions tagged boot partitioning gparted or ask your own question.