What do the colors in Power Statistics mean?

I was looking at my power statistics and noticed three different colors are used: green, blue and red. What do they mean? 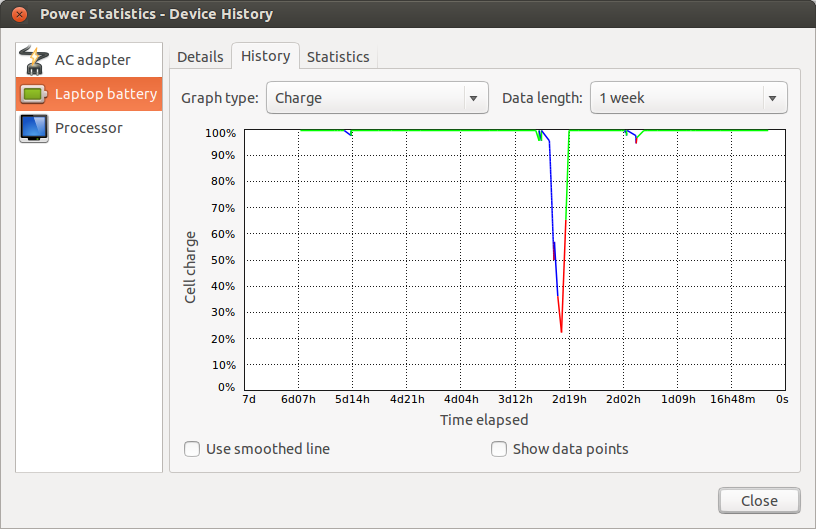 I looked through the source code for the GNOME Power Manager which provides the Power Statistics tool. There seem to be no other documents which explain the colors.

In the answer I point to the lines of code which support the statements I make instead of pasting the code here. See the gpm-statistics.c file for the lines of code I speak of. The file can be found in the gnome-power-manager-3.16.0.tar.xz archive. At most places that I mention a color I also mention the RGB values for the color in parenthesis. The code specifies the RGB values in that order too (line 822) as opposed to BGR or some other order.

The colors correspond to one of seven states (lines 352-380). These states are:

That said though, I still cannot glean from the code what the "Waiting to discharge" and "Waiting to charge" mean exactly.

Can't verify 100%, but it seems reasonable that:

green = charging, in use

blue = discharging, in use

red = charging, not in use

After checking power history a few times and remembering what I did, I've concluded it's either extremely complicated and impossible to decipher, or we have to accept some statistical anomalies and it's as simple as 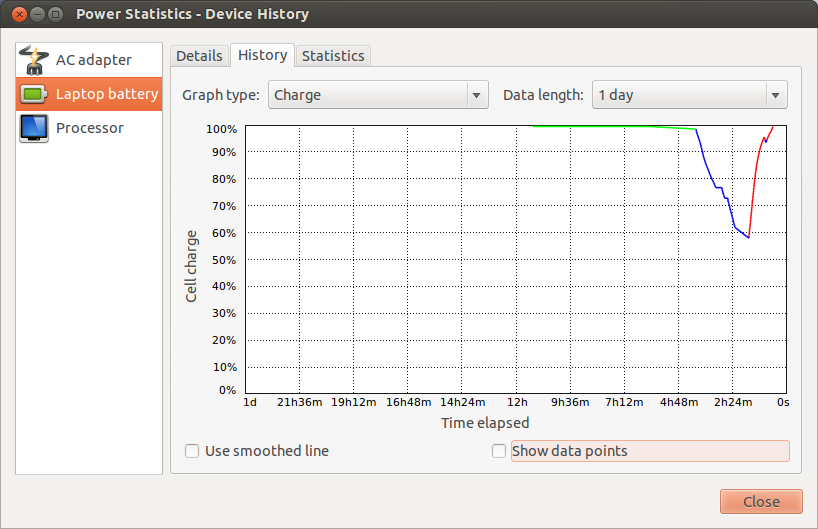 Not the answer you're looking for? Browse other questions tagged gnome-power-manager or ask your own question.

3
How do I make the power button shut the laptop down without asking?
1
Which application controls the power management?
6
How to enable battery status indicator in gnome shell?
1
Where is the gnome-power-manager binary in 12.04?
0
Power Saving mode after start-up (12.04.4)
1
What does "Interactive" do in Power settings