How to mount a network drive?

I'm trying to set-up a home file server. I'm thinking about just setting it up as an FTP server, no particular reason other than I'm familiar with FTP and samba tends to be very frustrating.

Basically the set-up I'm going for, is to be-able to create multiple user accounts for the server and restrict or allow access to specific folders on each user. FTP is the only way (that I know of) to accomplish a set-up like that.

How can I mount an FTP server as a drive in Ubuntu so that all my applications can access it just like any other driver or folder. An example would be downloading 12.10 via torrent when it comes out, I would like to be able to tell transmission to just download the file straight to my ftp server. I know how to do this in Windows, its actually very easy. But I cant figure it out in Ubuntu. I have tried using the "connect to server" option in nautilus, and it works, but it doesn’t give me the result I want, most applications don’t see the folder, while others can.

Also I am open to options other than FTP if anyone has any suggestions. I've looked into FreeNAS but that doesn’t seem to allow me to control the user accounts the way I want to. Then after all is said and done I would still need a way to mount the shares as a drive in Ubuntu.

The ability to mount network drives in windows is one of my favourite features, but seeing how Ubuntu is now my daily OS and has been for about 4 years, I really need a way to accomplish the same thing in Ubuntu. Also a GUI would be preferable, seeing as there will be multiple people using this server, I would like it to be as easy as possible.

EDIT: this link here seems to be almost exactly what I'm wanting to do, if I could find a GUI that can do this ill be almost set. then I would just need to find a way to hide specific folders from certain users.

OK, i found it easy.
1. Go to desktop when logged in Unity.
2. Click on the top bar and select 'file'
3. Select 'Connect to server'
I think it is, what you are looking for. 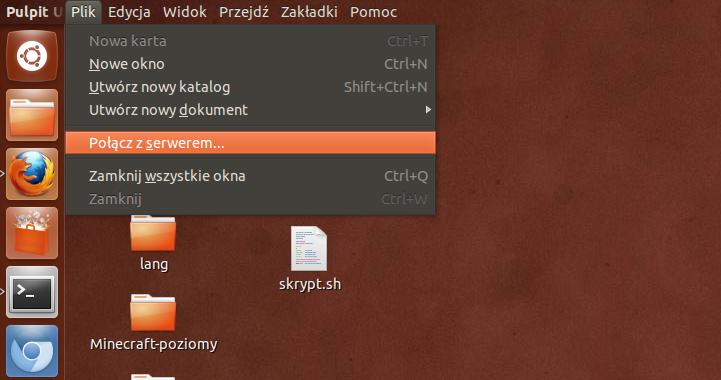 For mounting a networkdrive I use Smb4k. This program scans the network, it allows you to mount a map. It wil create in your homefolder a folder smb4k with subfolders/

For example: i have a iomega media network drive with several maps on it like music, video and a backup location.

For adding the music collection to a music player you go to /home/user/Smb4k//music. For creating a backup with deja dup choose for the backup-location: > local folder: > /home/user/smb4k//back-up/dejadup

I found a program in the software center called Gigolo, it does exactly what I want as far as mounting the shares on boot. As far as the shares being available to all applications, there is a folder called ".gvfs" in the home folder, I created a bookmark in nautilus to that folder, then named the book mark what ever I wanted. These two things allowed me to do exactly what I wanted to do and it was pretty painless.

Not the answer you're looking for? Browse other questions tagged networking mount ftp or ask your own question.

6
How to mount FreeNAS network share persistently
69
How do I mount a CIFS share?
1
Mount specific FTP folder in ubuntu
0
Best install route for a server?
0
How to mount network drive so that it can be used from applications and on wifi
2
How do I configure FTP accounts for vsftpd?
0
Limit FTP users to home directory on webmin
2
How can I add FTP commands to an alias?
0
delete files from FTP servers with linux terminal