What is needed for a networked home printer?

I've seen this question: Home network printer recommendations but I think I'm asking something more basic. I'm not really familiar with networked printers or how they work or what they do really. What I'd like is to have a printer that is accessible to anyone connected to my home network, without having to plug into the printer itself.

An alternative setup might to be to have a printer that is always hooked up to one computer, like a desktop, that is almost always on and allows other computers connected on the network to print to it as well.

I believe the first option is called a networked printer and the second is printer sharing. But again I'm new to this so I don't really know the details or if I'm using the correct terminology. I was wondering if someone might be able to shed some light on this and let me know what is needed for either of these setup. Thanks.

To share a printer attached to a computer on the network open the printer dialog from the menu on the cogwheel on the to panel side. Choose the printer with a right click and tick "Share" to enable sharing. Next open "Server -> Settings..." from the panel menu as shown here: 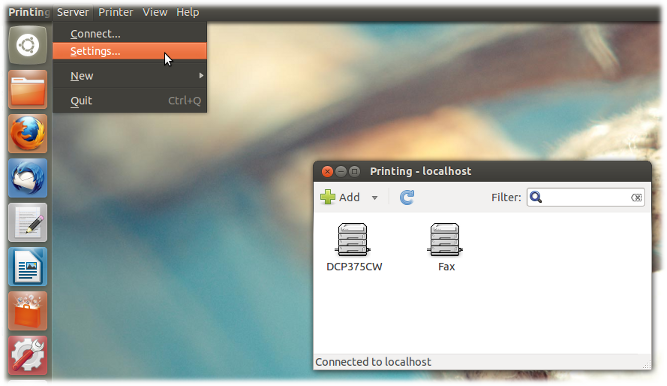 This will open the following window 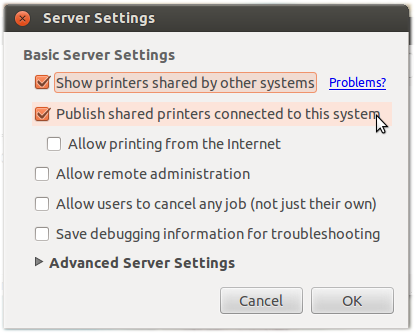 Select "Show printers shared by other systems" on the remote client, or "Publish shared printers connected to to this system" to make them visible to others on the net.

Network printing is an in-build feature that is fully supported by Ubuntu. To setup a network printer you have to allow network printing on the host printer server (System -> Administration -> Printing -> Server -> Settings) by publishing your shared printer: 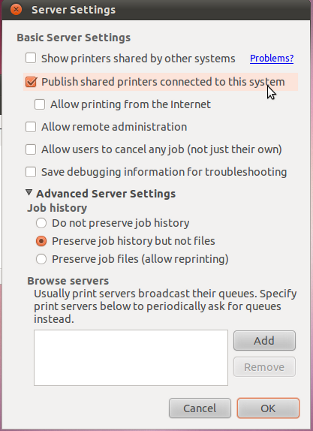 On the client side you have to setup this network printer, again from the System -> Administration -> Printing Menu by adding a new printer and selecting Network Printer. You have to give the name of the host machine where the printer is attached to: 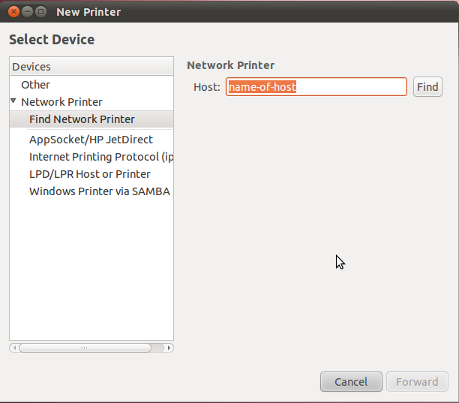 Then, you will see the following screen: 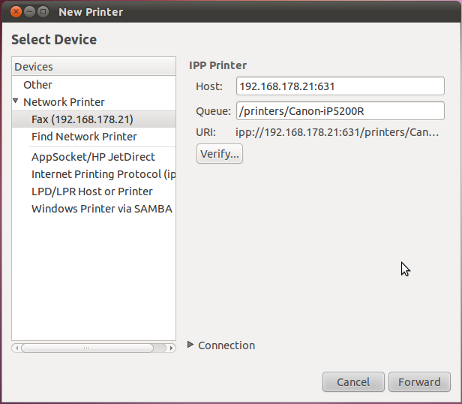 By pressing 'Forward' a driver for this printer will be searched. Select the appropriate driver from the list and your new network printer is there.

You have three options: 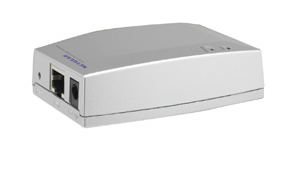 Plain printing tends to work with many/most combinations of printer and OS.

But if you have/buy a multifunction printer, using the scanner over the network can be tricky. If network scanning is one of your requirements, make sure to get a product that works for your particular setup (i.e. where you can get drivers that support it for all the operating systems you use). I believe mini-print servers are out of the question in this scenario.

Another option would be a hardware print server. These can be had relatively inexpensively, and the benefit is that you don't have to keep a specific computer on to use a printer. This describes how to use a Netgear PS121v2. There are many others out there like this... How do I set up Print Server

Not the answer you're looking for? Browse other questions tagged networking printing sharing or ask your own question.

2
How do I share a printer?
42
How do I add a network printer in Ubuntu 12.04?
3
Home network printer recommendations
4
Printer Add button not enabled
4
How to connect Brother MFC 255 CW wireless printer?
0
Is it possible to connect (wireless) a usb printer to WLAN?
0
How do I get Samba and CUPS installed onto Ubuntu Unity 11.10 and recognize my network printers
0
How can I print a file using a printer connected to a different machine on the same LAN
0
Setting up network printer Ubuntu 13.10
0
Where must I click in Printing Settings to pull up Server settings?
See more linked questions

6
Printer not visible over network between 12.04 machines, Printer properties reports "Not published. See server settings"
10
Authentication required to modify a printer- what's the password?
0
sharing a printer in windows 8 with a ubuntu machine on a network
6
How do I permanently delete networked printers?
2
New Ubuntu 17.10 Settings...Add Printer Failed
6
Canon Printer "Does not accept Jobs" on Ubuntu 18.04
0
How to set up shared pdf printer on home network