What are the Meta, Super, and Hyper keys?

In System → Preferences → Keyboard → Layout → Options → Alt/Win key behavior in older Ubuntu versions or in GNOME Tweaks → Keyboard & Mouse → Additional Layout Options → Alt and Win behavior for Ubuntu 17.10 and later, there is a menu similar to the one in the following screenshot: 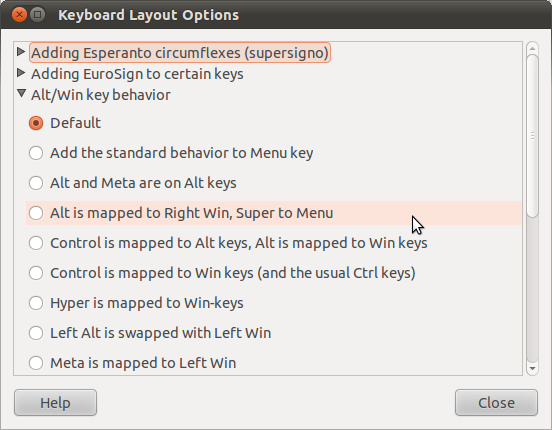 What do Meta, Super, Hyper mean?

Meta, Super and Hyper are modifier keys that modify the key's function. They are specific to the Symbolics Space Cadet Keyboard used on Lisp machines back in the day. Their function is sometimes emulated using other keys. 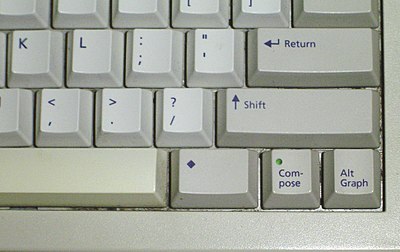 Note that GNOME and X.org implement many modifiers. Meta, Super and Hyper are not Linux's way of dealing with any modifier keys, but merely three of them specific to the Space Cadet keyboard. There is also Menu, Compose, AltGr, Greek, Front, X and others.

However, by convention the Windows logo key is called Super, and it is not implemented as yet another modifier by X.org.

Furthermore, the definition of modifier keys depends on:

It's therefore almost impossible to generalise this information. I've tried to be somewhat specific to Gnome/X.org using a Windows-style keyboard with one of the more popular layouts. To test your keyboard, you can run xev - its terminal output will tell you what modifiers have been detected for your keyboard.

The Macintosh keyboard has a completely different set of modifiers

As they've been addressed in the comments:

9
what is the "super" key for linux shortcuts?
-1
My keyboard doesn't have Super button. Can I do anything to fix this?
2
How To Launch Activities menu? What is the Super key?
525
What are Unity's keyboard and mouse shortcuts?
48
How do I display two windows as split screen?
12
What is the Super key?
15
How can I use the Windows (Super) key?
15
Desktop larger than the screen
14
How to stop Mod4-P from switching the display?
9
How to make Hyper and Super keys not do the same thing?
See more linked questions