Is it possible to open directories as administrator?

I want to have a root privileges on some directories. How can I do this?

Create a simple nautilus script can also open a folder as root.

Do not forget to give the script execution permission. You can use in terminal,

Or you can right click on the file, then go to Properties >> Permissions and check the box corresponds to Execute to give the script execution permission. 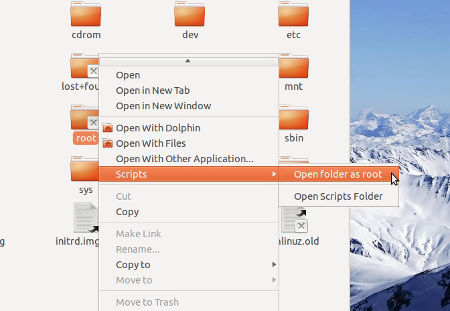 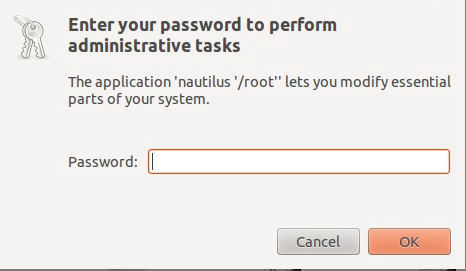 To use gksudo you need to install gksu. In Ubuntu 13.04 onwards it is not install by default. You can install it using,

Open files and folders as root

There is a nice application xdg-open which can open any arbitrary file or URL in the user's preferred application. One can replace nautilus with xdg-open in the above script and it will enable one to open folders as well as all files as root.[Proposed by Sadi] It increases the applicability of the code. The modified script will look like,

My solution is to add an option for “Open as Administrator” to directories.

As you can see, there is no “Open as Administrator” option when you right click on a folder: 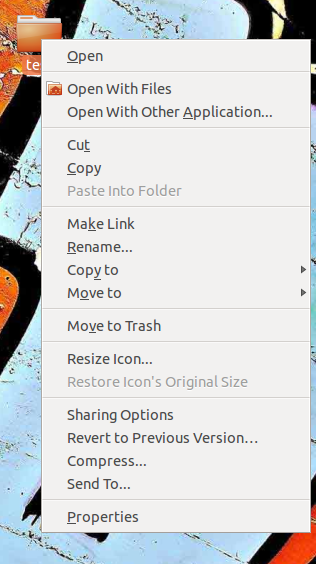 First, add the package repository by opening your Terminal and typing:

A message will appear:

After you update, it’s time to install the package we want for our issue:

Finally, you should restart Nautilus:

And now the “Open as Administrator” option should appear: 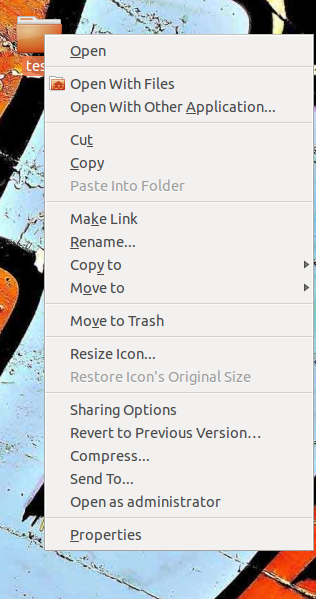 You can do that in many ways:

4
Add "open as administrator" option to folders?
-1
How to move files on Computer freely?
157
How to enable root login?
9
Access folders with sudo priviliges via Nautilius-Connect to remote server
1
how to make shortcut with command?

6
Is it possible to run pbuilder without root privileges?
0
Ubuntu how to edit files using graphical interface w/o being root?
0
How to totally remove the whole root administrator thing?
8
How to make it so that a file can only be executed by root, but not as root?
8
Running kate as root
1
Open directories default app