Which Norton Commander style filemanager do you recommend?

I'm searching for a good filemanager in style of the classic norton commander 2 panel design? Since i had my best experiences with Total Commander in Windows, which one would you recommend for use in Ubuntu? 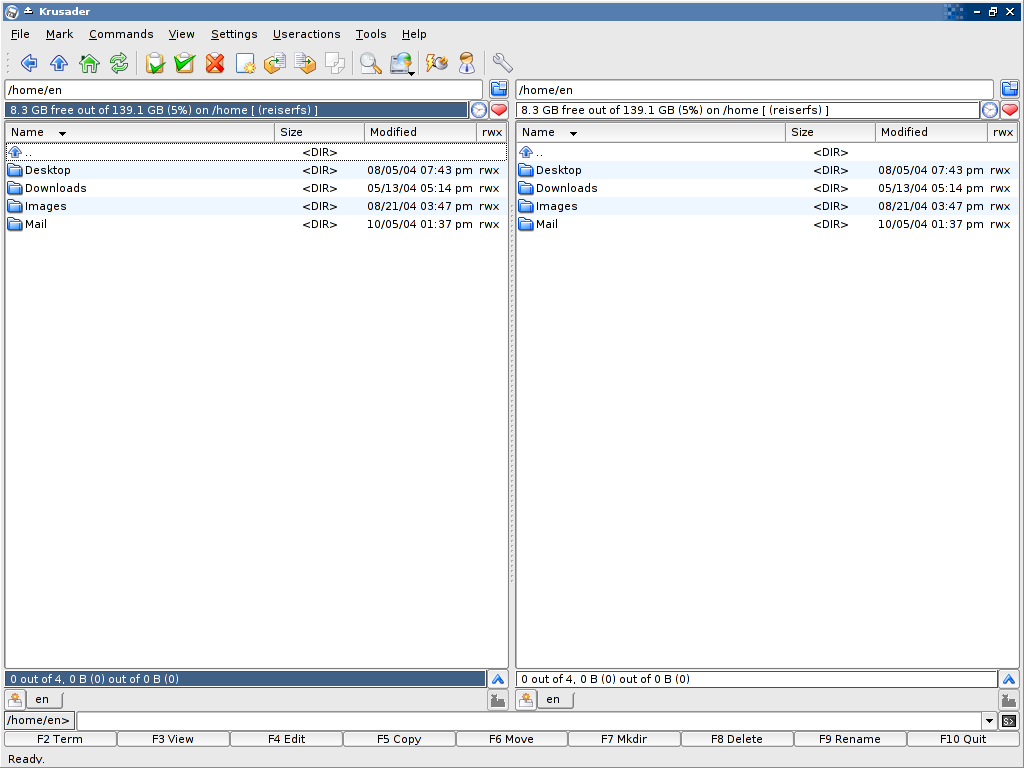 I had the same question some time ago. And I tried all of the mentioned commanders. Krusader is by far the best one but I didn't want to have whole bunch of KDE libraries installed. Gnome-Commander cripples system theme in order to get some more speed (I guess) but it doesn't support tabs. Mucommander is Java based and lacks integration with system (and it's Java based, did I mention that already). There's also TuxCommander which (at the moment) is not listed but that thing was made using Borland Kylix (now dead project) so its development is stopped or at least doomed. Midnight Commander is really really good, but am not that much of a terminal fan.

So, I did the only thing I could do... started making my own. Now I know how this sounds and am not going to praise it. It is still faaar from finished but I got some basics done. Also I try to add interesting and useful things to it. For example you can create terminal tab from the current tabs location. There's an option for create file as well as create directory. Oh, and command line history is loaded from .bash_history (one of these days am going to make 2 way sync with that file).

It sill needs a lot of work, and it's far from finished but if you don't mind trying out new things feel free to try it out. Also, any feedback is more than welcome. 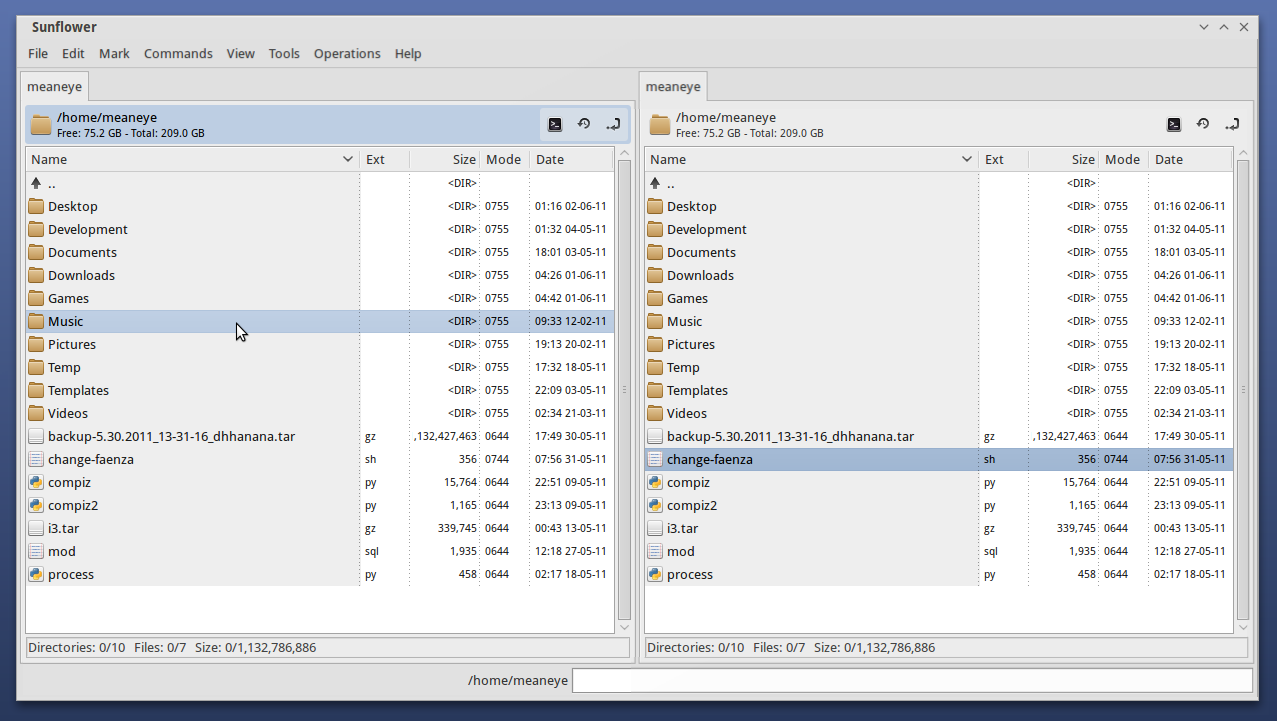 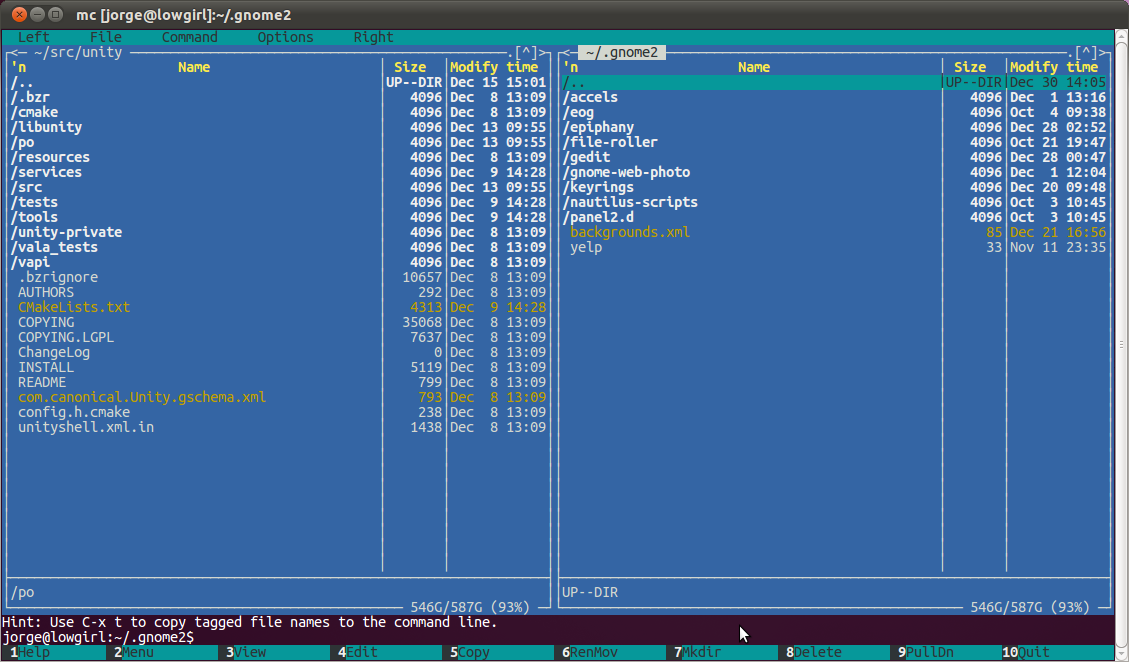 would be the most obvious choice. I don't use a specifically dual paned file manager so I couldn't really say which was best. 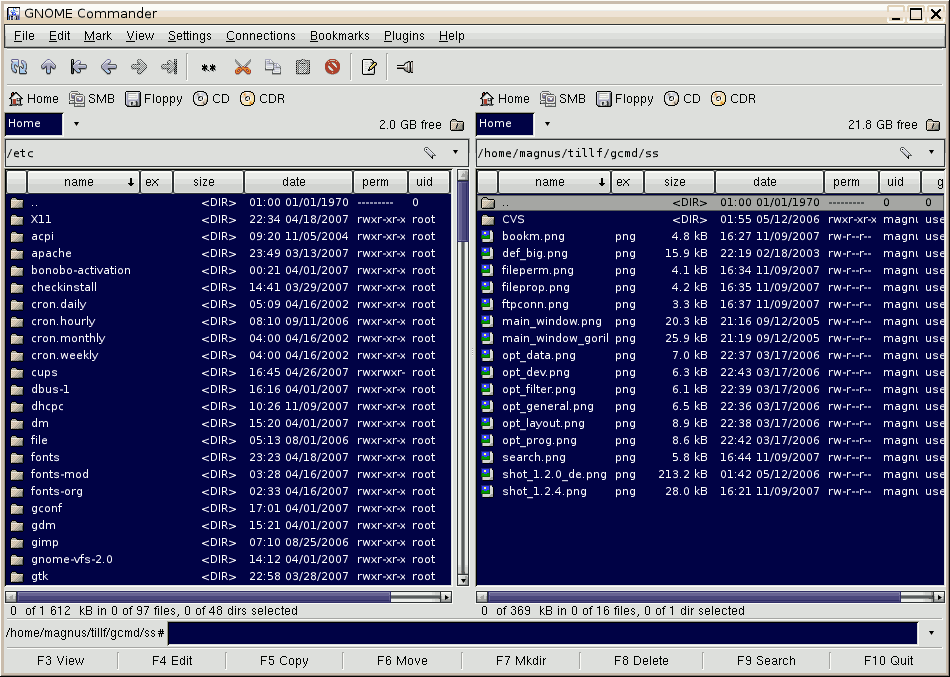 It's also worth noting that you can get a dual pane mode with Nautilus by pressing F3. 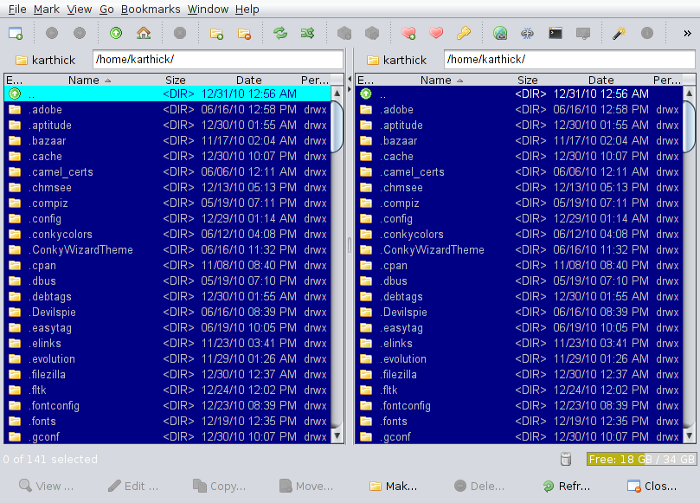 Also look at the following link,

If you don't want to install other programs you can use two panels in nautilus by pressing F3 and using the list view.

A piece of advice:
You might want to adjust your expectations. For the sake of your nerves. Total Commander has set the bar high. When such statement is being made people usually think of some power-user features most of TC users haven't seen but in fact this statement applies also to core usability features that are more commonly used. That said it's wise not to expect a replication of vast majority of core TC features in its Linux alternatives. An example: 2 years ago I installed Gnome Commander, Krusader and one other file manager on Linux. Neither of them provided means (e.g. custom column) to sort files by last access date.

I'd also recommend refraining from recommending or even using applications that are no longer actively developed. It has nothing to do with them being buggy or insecure. It's just to make them go away faster and to avoid frustration in the future, when you get used to an application, then find a showstopper bug, just to learn that it will not be fixed ever. So please review the dates of the latest updates for respective applications and take them into consideration when choosing your future no. 1 app.

IMHO, presuming you'd like to avoid installing KDE libraries for Krusader, the Gnome Commander and Double Commander are worth a chance the most.

Double Commander is not in 'production' version yet but it's actively developed and predicted by some to be the future best TC alternative for Linux. It's my file manager of choice now. 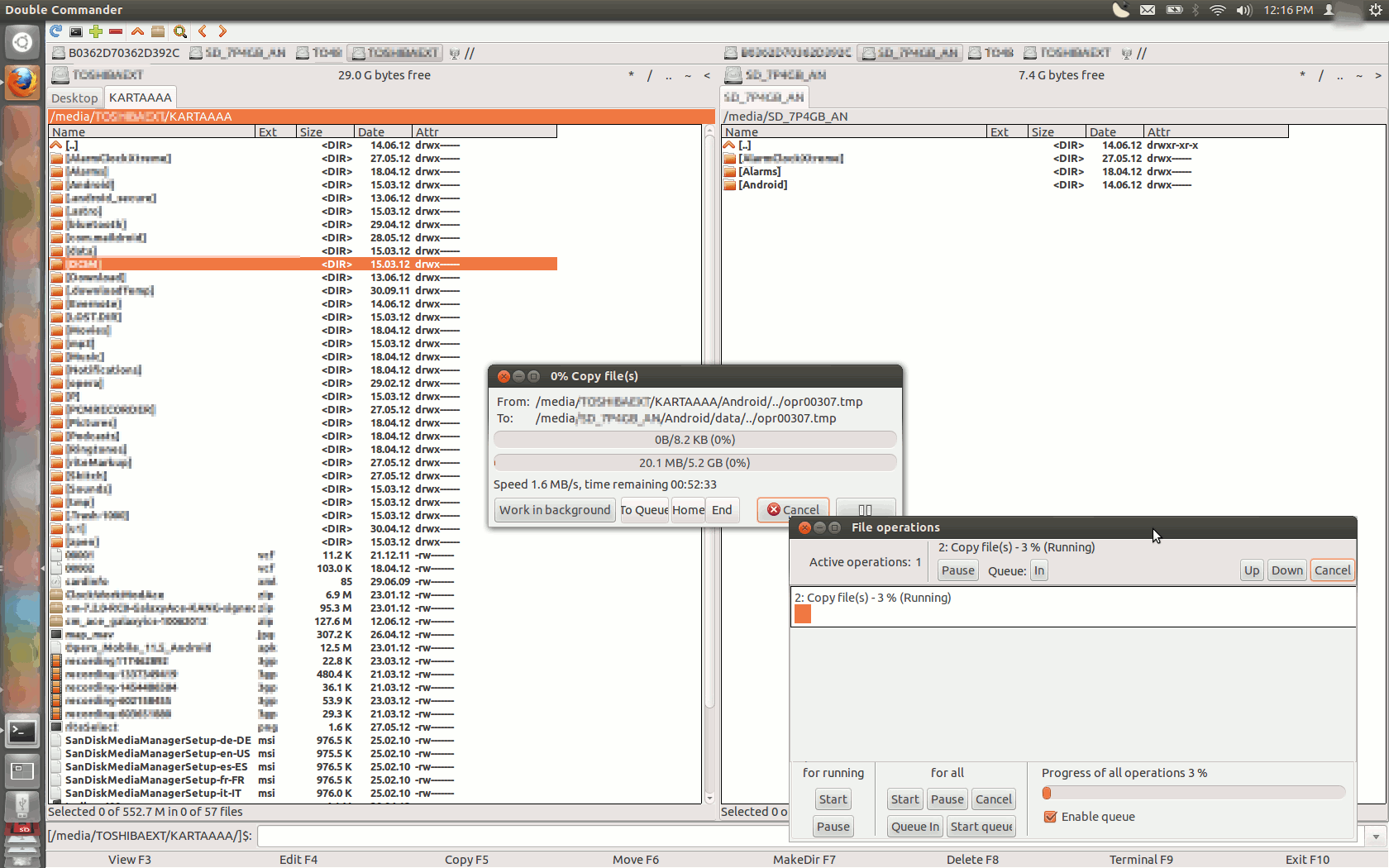 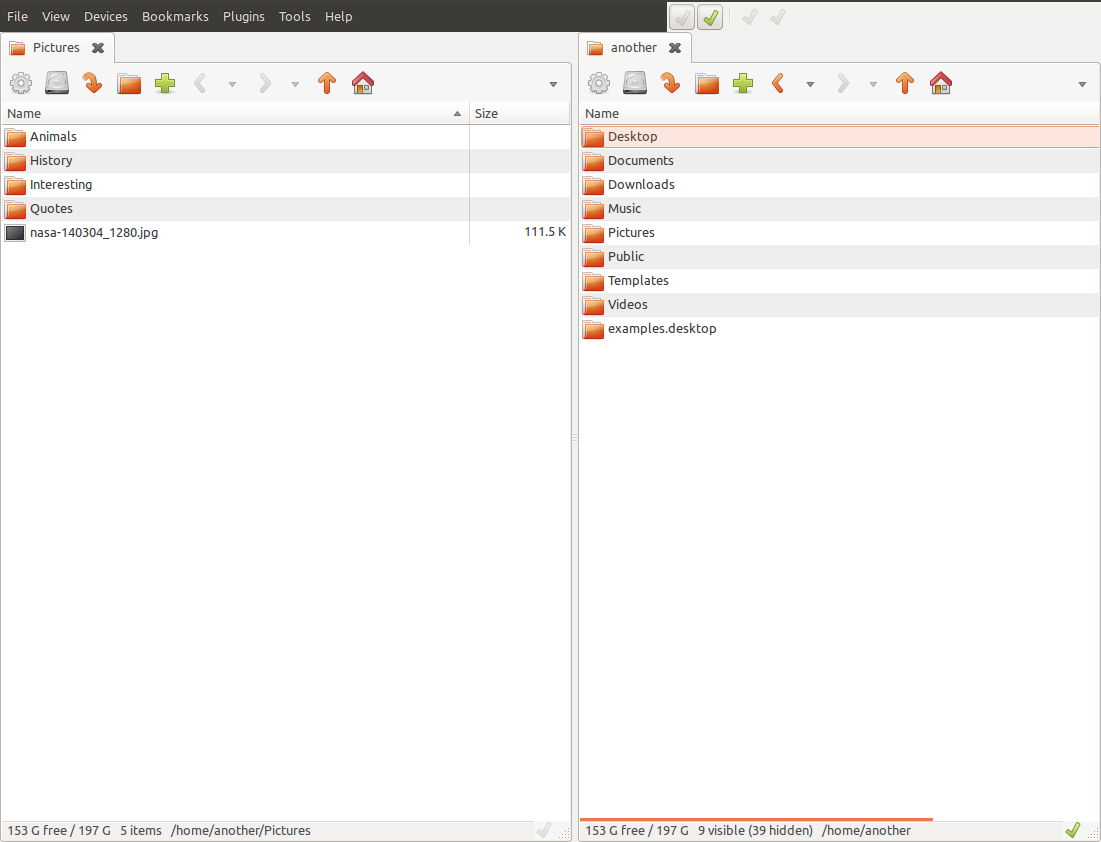 I used two pane managers on Windows. Was hard core fan of Dos Navigator, and relied on it (or it's forks) until I could resist GUI manager.

There is NDN - Necromancer Dos Navigator which is DN fork and is available also for Linux, developed/tested (Linux version) on Ubuntu 8 or Ubuntu 6 IIRC: 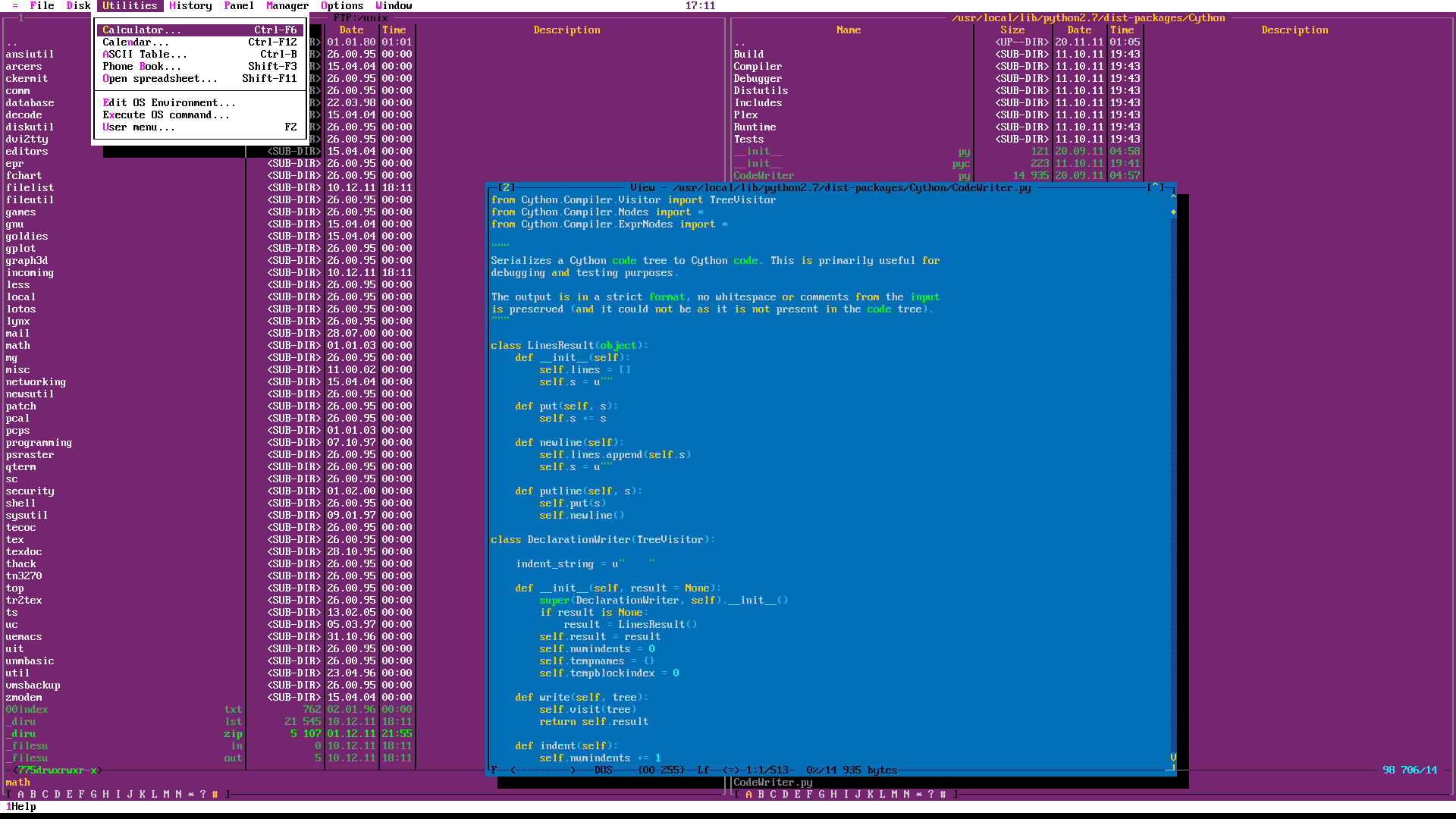 Many features included, far more than MC, only that it works best on TTY terminal and not windowed console (because of fonts and keyboard shortcuts)

As for GUI managers, I used Altap/Servant Salamander. Total Commander is also fine, but Altap was unique in many ways, lovely GUI to work in, easily extendible with scripting (JS, VBS, Python COM) accepts major Total Command plugins and performance just couldn't be better.
There is project hosted on Launchpad which offers file manager similar to Total Commander - Double Commander: 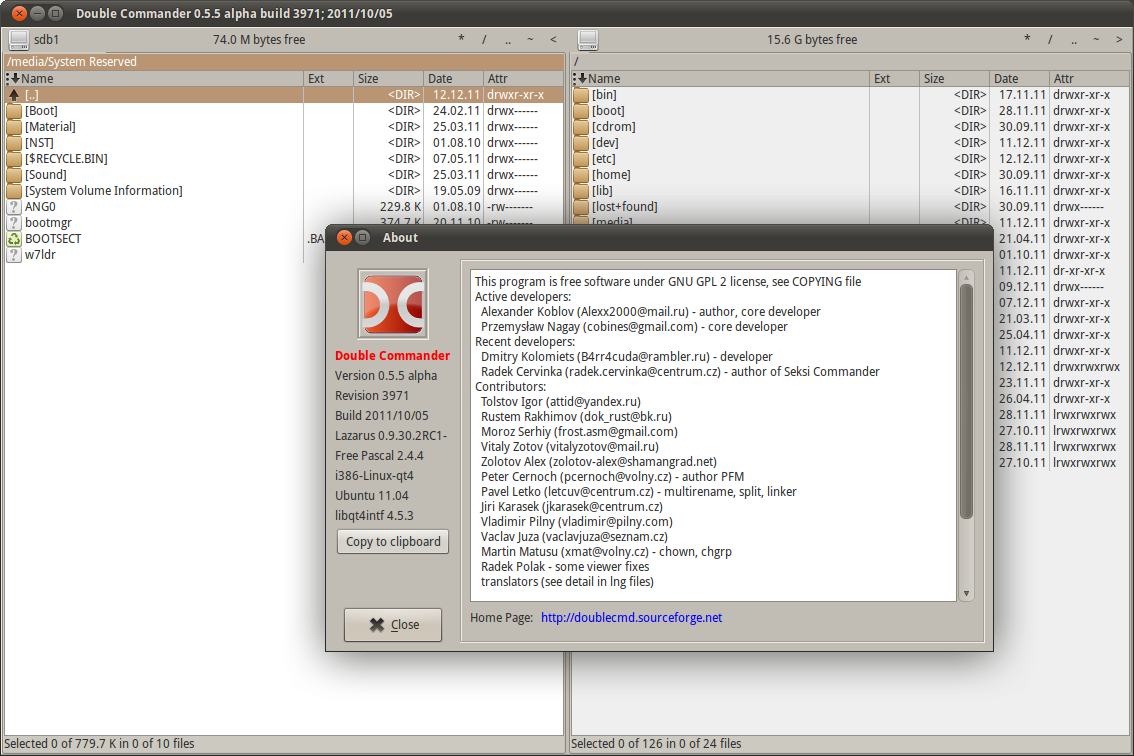 with usual features that user expects from two pane GUI manager (no thumbs view yet, thou)

Not the answer you're looking for? Browse other questions tagged software-recommendation filemanager or ask your own question.

4
Is there an equivalent to TotalCmd?

8
Which Audioplayer do you recommend to listen Audiobooks?
12
Which usenet client would you recommend for binary downloads?
1
Software recommendations for graphics-centric Ubuntu system?