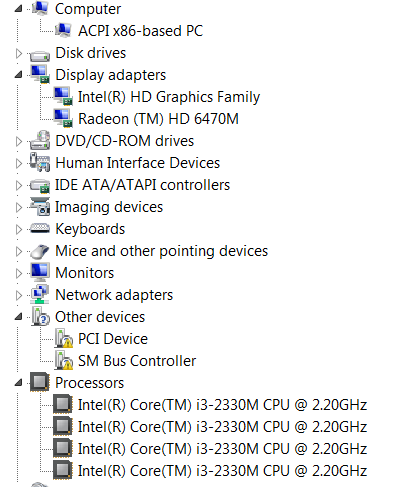 I have created a live USB and then CD of Lubuntu 12.04, a live usb of Ubuntu 12.04 (all 32 bit), and tried to boot in each of them, set to boot from usb, reached the page with try ubuntu but then selecting it nothing happened, or so it seemed: in fact using a 64 bit Ubuntu 12.04 live usb I was first under the same impression but when I pushed power off I realized a window was barely visible on an almost black display, and even folder icons were there but almost invisible.

I guess there are no video drivers for this system. 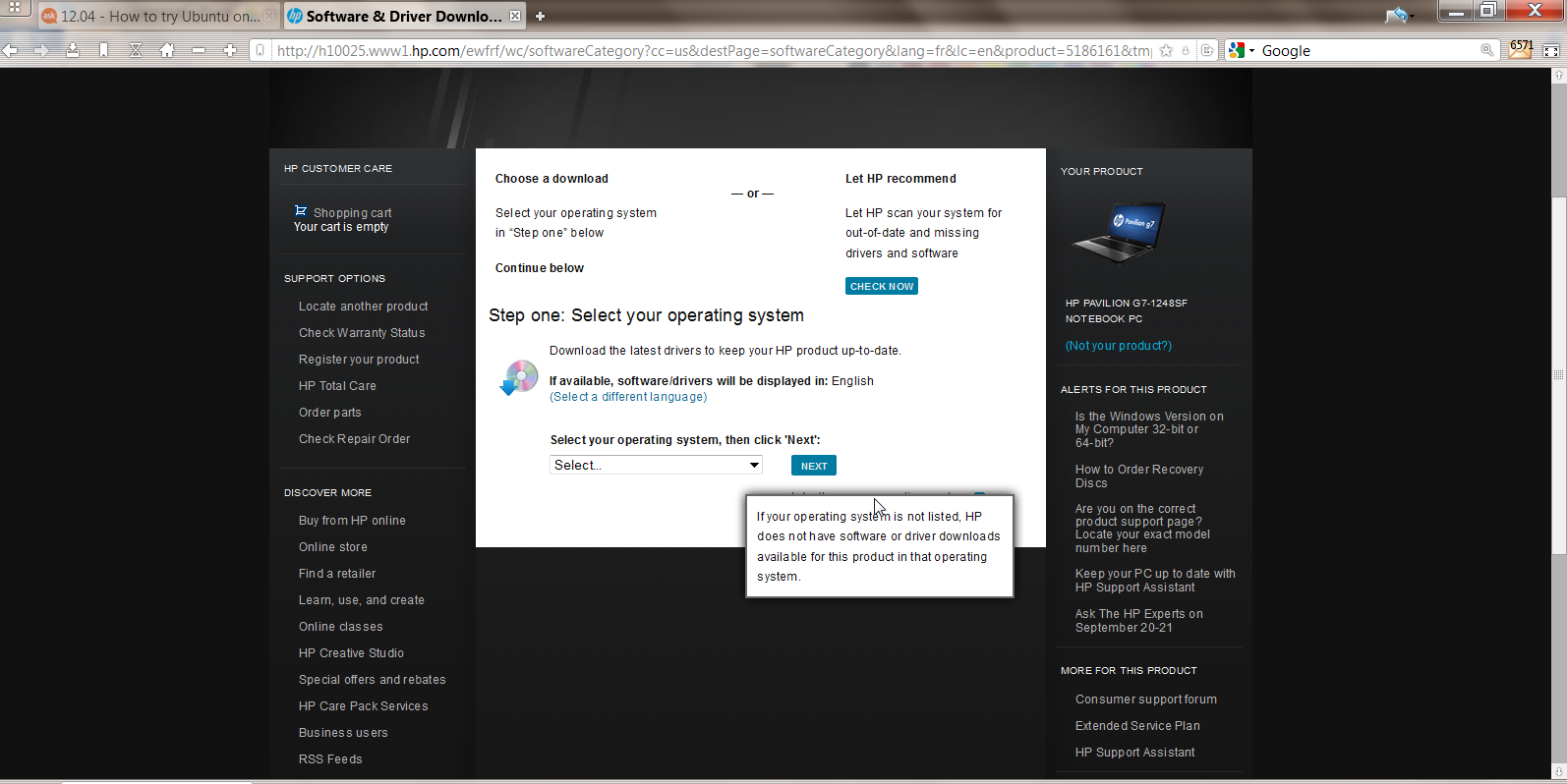 Is there a solution?

[This is a late edit just to put things right for reference: even without nomodeset and without the proprietary driver, my machine would still work: just that the startup luminosity level was zero and had to put it up manually.] (I do not currently use ubuntu/linux on that machine, was just interested for a solution in such cases.)

With the new 3.13 kernel that video card is now well supported - more details here and here.

It seems(from your image) that you have a Radeon graphics card... This may be the problem

When you reach to try Ubuntu page, press F6 and select nomodeset option and then select Try Ubuntu and hit enter... Ubuntu will run the setup with basic Graphics. Then you'll be able to try/install Ubuntu...

While using a live USB boot, the try ubuntu page may have other options (e.g.use tab to edit): you have to edit so as to add nomodeset there: it has to look like that: quiet splash nomodeset

Then, continue to try ubuntu or install.

94
What does `nomodeset` do
4
Very Low Temperature Reading for graphics driver using lm-sensors
3
monitor resolution reseted after reboot (one monitor)
0
Ubuntu 12.04 Installed, monitor turns off after Bios screen
4
Can I install Ubuntu/Lubuntu on a pc with a video card that is not supported if I add `nomodeset` in using the live cd/usb?
1
How to install best drivers for my ATI Dynamic Switchable Graphics ? - heating & crushing before or right after end of install (12.04, 12.10)
2
Desktop not displaying properly
2
Can't install Ubuntu12.04.1 LTS; is the Graphics card responsible for that?