I am using ubuntu 10.10 and am currently trying out different players. I started with the default player (Rhythmbox) however ran into issues..click here to view it. So I then decided to try out banshee (V1.9.1) which worked perfectly getting all my album covers and nicely integrating with the sound menu.

Also when I click the close button, banshee closes completely, normally it does close but the song plays in the background and can be controlled via the sound menu. To completely close it I had to click Ctrl + Q.

It was working all perfectly and then suddenly I have this issue. I have no idea on where to start troubleshooting..Can anyone help me? 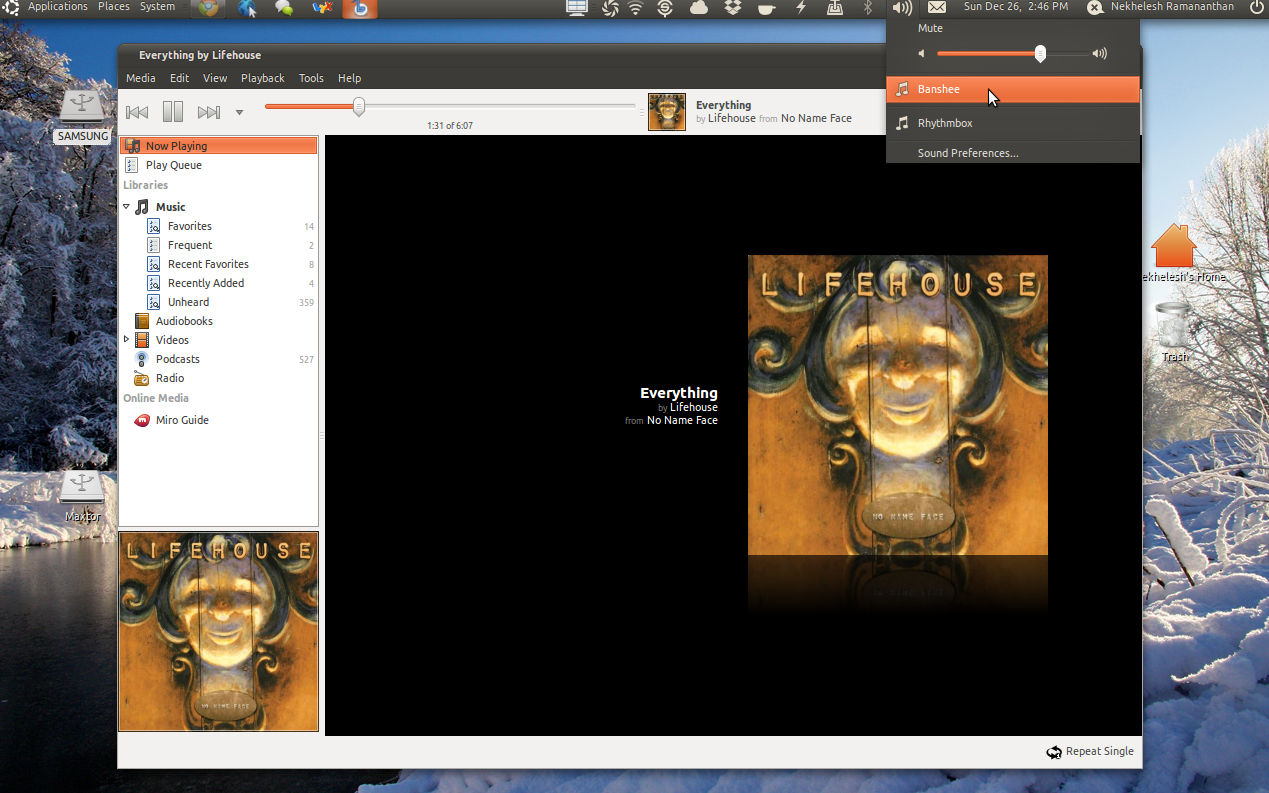 To answer the comments and answers below,

Although I must say this, before I unchecked certain extensions like the ipod/ipad extension (however not the sound menu extension) and those choices that I made were visible even when I uninstalled and installed banshee again. I have a feeling that the old configuration files of banshee were not completely purged.

Is there a way to purge banshee completely? I mean everything and do a clean install of Banshee in the hope that this solves the problem?

As mentioned in the question, the banshee Version 1.9.1 does indeed come with the sound menu extension as a core plugin. However for some unknown reason it is not present in my core plugin list as can be seen in the screenshot.

So what I did was, I installed the sound menu extension manually from the community extensions (downloaded from an article in omgubuntu.co.uk, click here to view it.)

I know this is not the proper way to solve the problem as I am yet to find out why the sound menu core plugin was removed or not there, but I intend to look for the reason meanwhile. 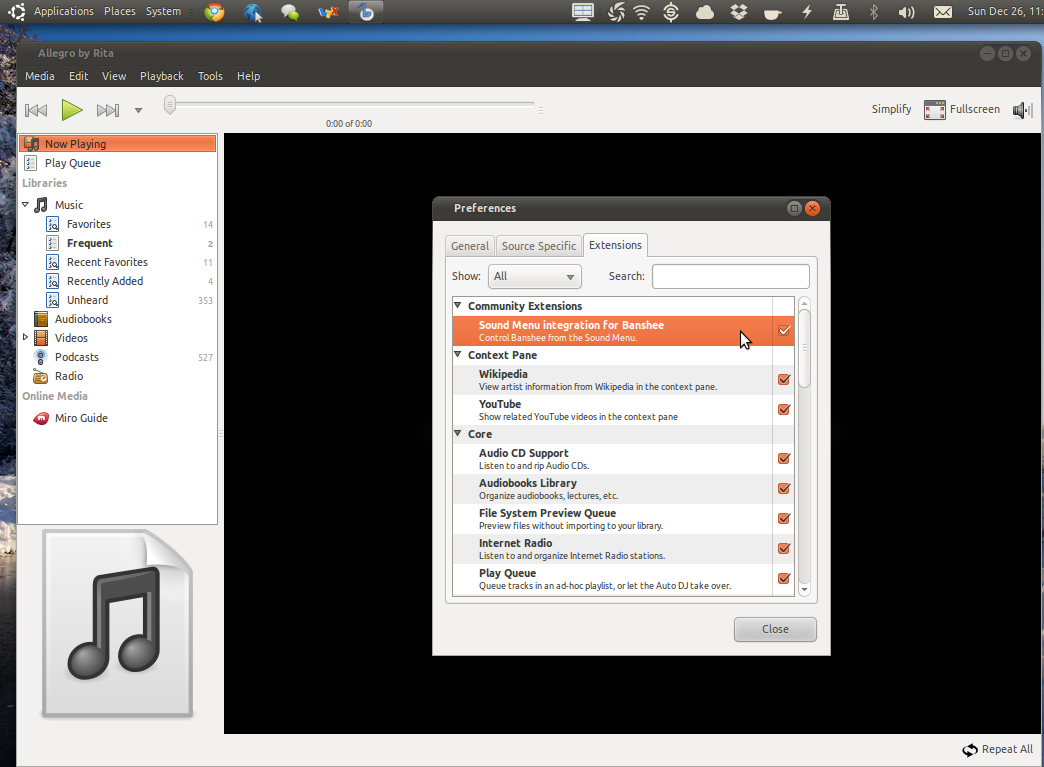 Not the answer you're looking for? Browse other questions tagged banshee indicator-sound or ask your own question.

3
Why don't my extensions show up in Banshee?
7
Remove Banshee's sound menu support
0
How do I hide Banshee?
34
How do I quit Banshee?
0
Problem with Saving metadata of audio files with id3tool
6
How do I stop Banshee from putting a notification in the panel for every song?
2
Banshee gets blocked and do nothing
2
How to make Banshee show up in the sound menu / topicons?