I installed MDM, and found it's incompatible with my VGA hardware. After rebooting I see: 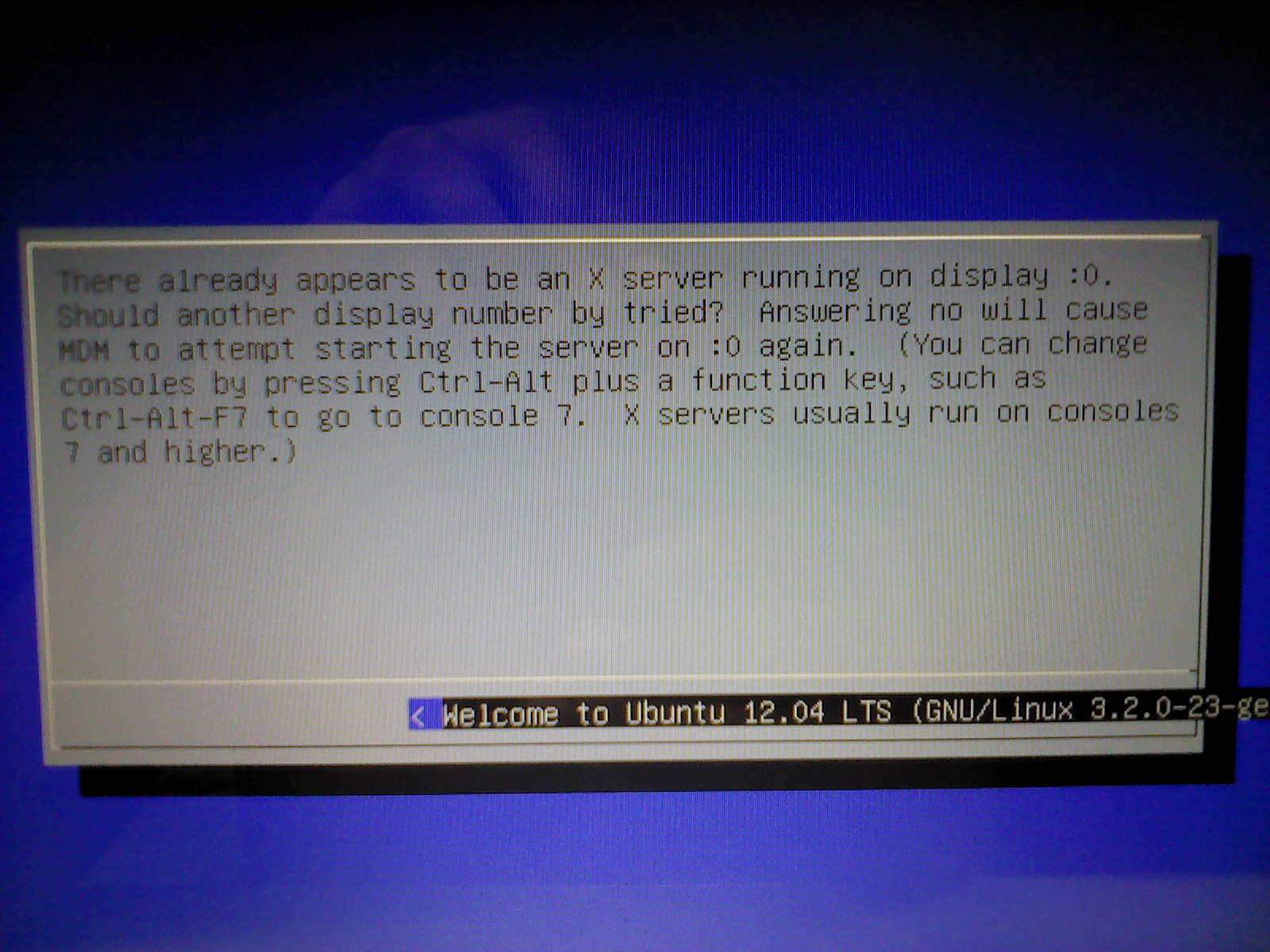 This screen repeats, even if I choose Yes or No

As I have access to the console (by pressing ALT+F2) I tried, 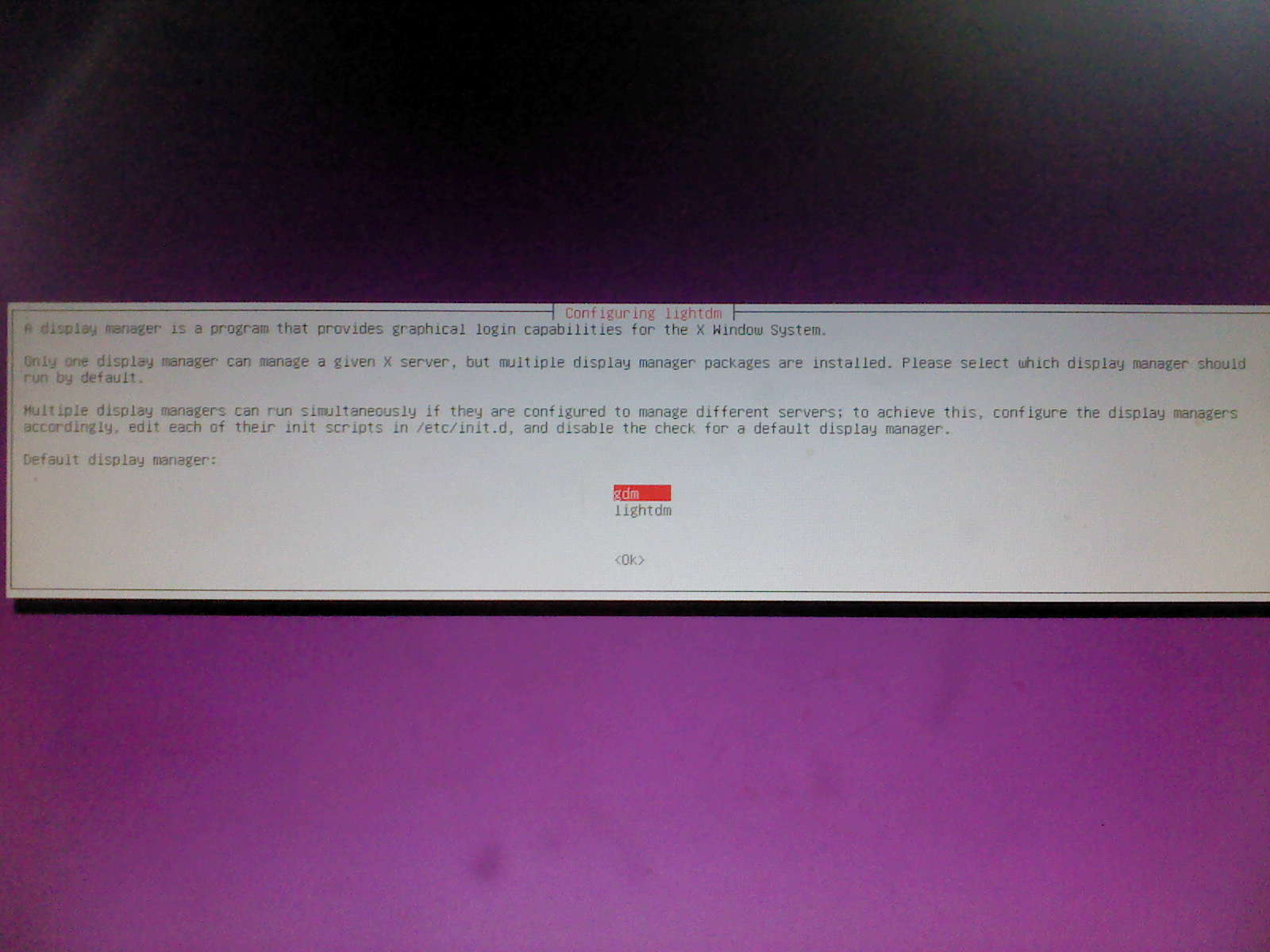 Even if I choose LightDM nothing happens at the next reboot. The first screen comes back!

I need LightDM login screen back!

lightdm display-manager
Share
Improve this question
edited May 24 '17 at 17:10

What the message is telling you is that lightdm is already running in the background. So, login to the console-session/terminal by pressing Alt+F2, or choose Exit to console login from the window below. 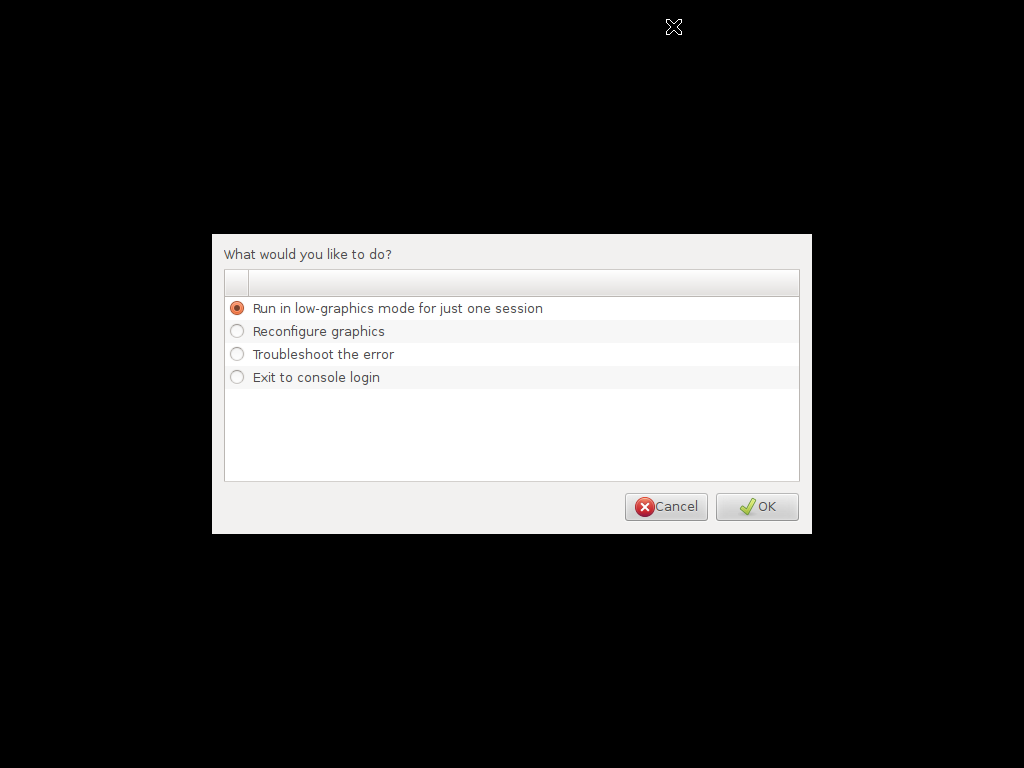 Set LightDM as default from this command:

Then reboot. MDM should be gone by now.

LightDM may start, but it's most likely to be in low graphics mode. 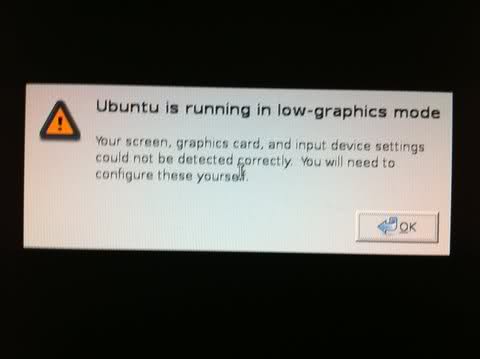 To fix this, you have to edit /etc/lightdm/lightdm.conf as following:

As you are unable to edit lightdm.conf through console-session, I may suggest using the Ubuntu Live CD.

(Using the live cd, enter gksu nautilus on terminal, then locate and open /media/yourUBUNTUpartition/etc/lightdm/lightdm.conf from Gedit... then you can do the editing!)

Considering that you haven't installed unity-greeter, download the package for Precise from here, and place it on /media/yourUBUNTUpartition/home/YourName.

That's it! Get out from the live CD and get back on the Console Session. (Alt + F2).

Now install the Unity-Greeter file you downloaded before:

Not the answer you're looking for? Browse other questions tagged lightdm display-manager or ask your own question.

59
How can I easily share the output of a command or a text file with others?

39
How can I make LightDM the default display manager?
9
How can I replace LightDM with MDM?
0
Installing MDM to replace GDM?
0
Replace LightDM with MDM on Ubuntu 13.10
12
Login Loop - unable to run unity - not Xauthority ownership but may be related to display?
0
Setting up Ubuntu 16.04 with nvidia gtx 1070
0
Ubuntu 16.04 LTS black screen after login since updating packages with Software Updater
1
failed to start Light Display Manager