How can I change Firefox's default dictionary?

It's aboot time I asked this one. Firefox thinks I'm Canadian.

I've got absolutely nothing against Canadians and their spelling is a lot better than Americans' but I don't spell specialised with a z. There are other, similar issues where I'm writing something and suddenly the dunce-squiggle pops up.

Anyway... How on earth does one set the default language? Can I remove English (Canada) completely?

Some clarifications as to why some of these answers aren't right for me, but might be right for somebody else:

Firefox seems to use myspell/hunspell and listing /usr/share/myspell/dicts/ shows me the dictionaries that I'm given options to use:

Search for the dictionary filename in installed packages:

So with the Canadian language package name, the fix is to remove it:

Insperatus's comment deserves to be a full answer. I've had this problem not only with Canadian spelling, but sometimes Firefox would use UK or Australian spelling. On Ubuntu Linux, removing the dictionaries from the system for non-US English fixes this problem. 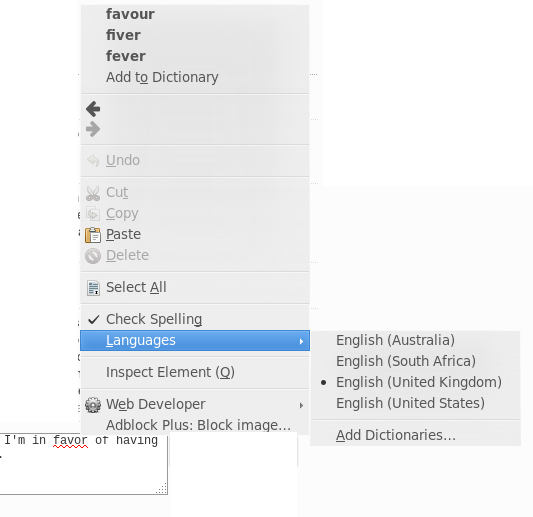 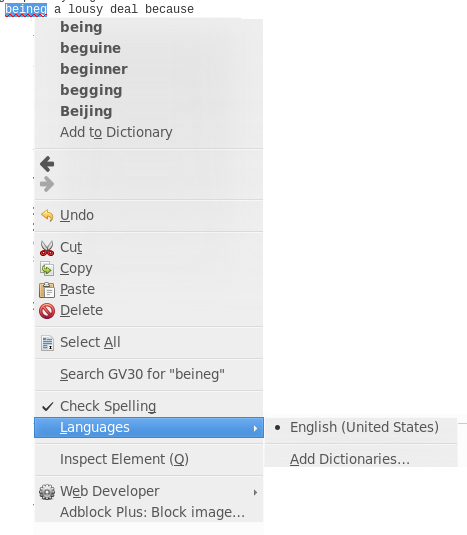 A simple answer is saying that a language pack is an Add-on.

P.S. Clicking on "Add language" in the context menu, will take you to a page which contains a listing of language dictionary packs that links to their corresponding add-ons.

Right click on a text area, make sure that Check Spelling in checked, and choose the right dictionary. 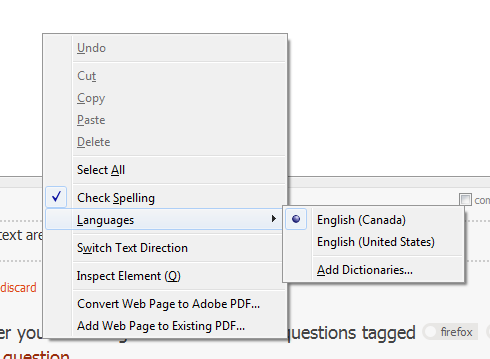 Then go to the add-on page click on extensions, and either disable or remove the one that you don't want. 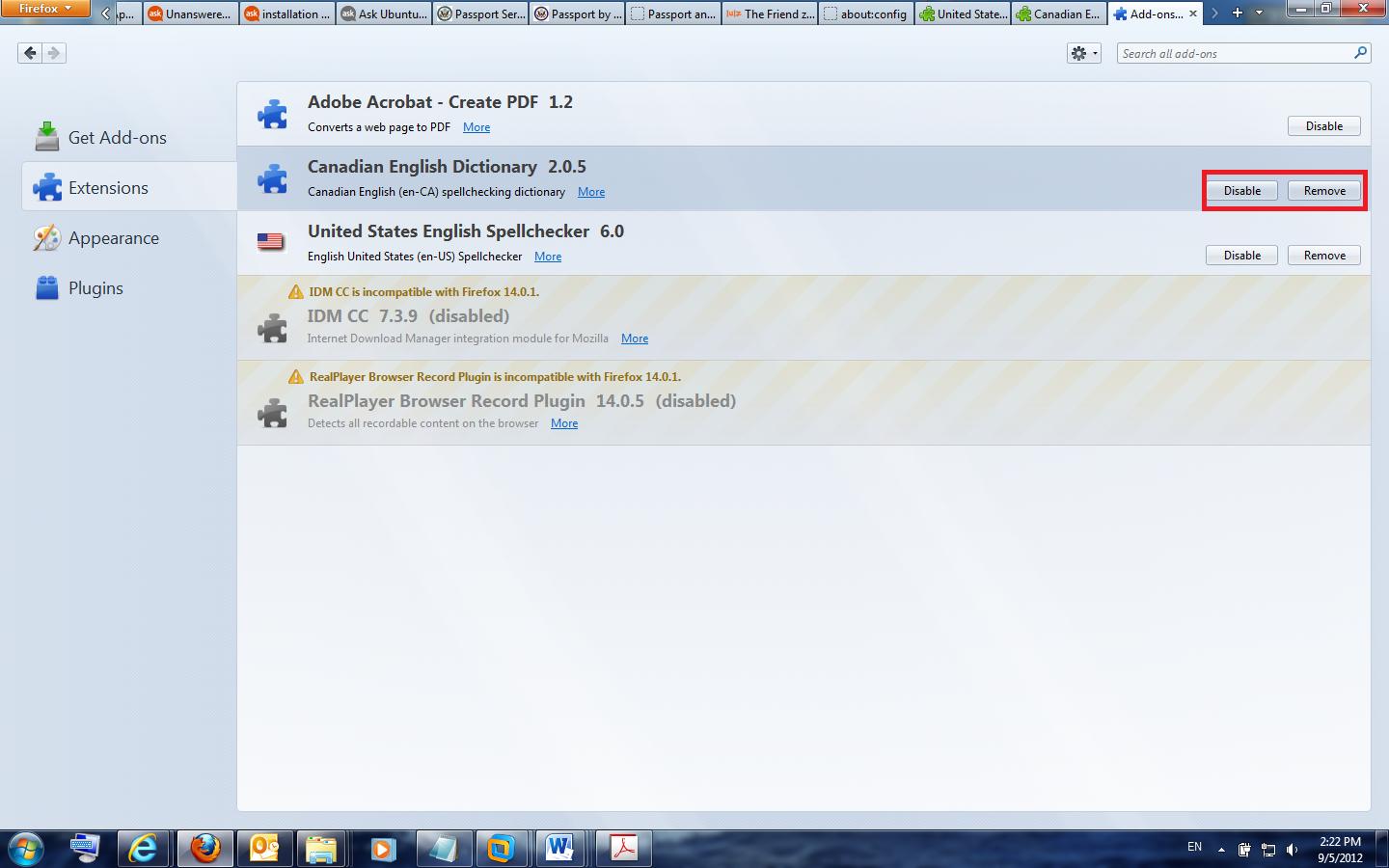 I had this problem for months, where I'd pick English as the spell-check language, but it would "forget" when I re-started the browser.

I checked my Add-Ons->Dictionaries menu and didn't have a listing for "English (US)", even though that's my default locale. I manually installed it (from Mozilla's web site) and now when I set English as the spell-check language, the preference sticks.

Bottom line: if you're trying to tell it to use your system language as the spell-checker default, make sure you have a dictionary add-on installed for it first.

Not the answer you're looking for? Browse other questions tagged firefox dictionary or ask your own question.

19
How to use American English spelling dictionary in Firefox?
3
How can I get hunspell to use Australian English?

19
How to use American English spelling dictionary in Firefox?
4
How do I change Firefox's default language?
0
How to change LaTeXilas standard dictionary
3
How to get the Ubuntu-dictionary in Lubuntu?
0
Problem adding spellcheck dictionary to firefox
2
How to use .bdc dictionary on Ubuntu?
0
English-Hindi Dictionary
2
How to install Cambridge dictionary without wine?
1
Mate Dictionary