Google keep asking for permission to authorize my online account

Seems like google accounts authorized are not persistent. Every time I reboot "online accounts" loses the permissions and I have to re-authorize Ubuntu.

Is this the default behaviour? Is there any patch/fix? 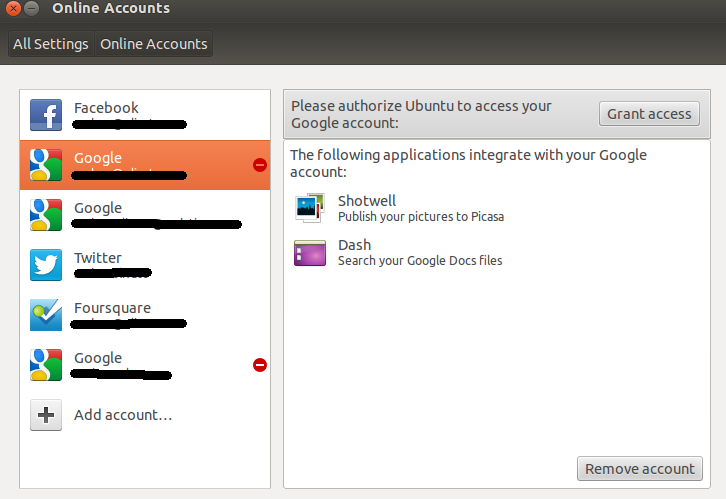 This bug you are facing has been fixed, but unfortunately only for Quantal. If you are on Precise, it is unlikely that the bug fix will be backported to the Web-apps Preview PPA.

If you are desperate or feeling adventurous, you can download the deb file of signon-ui that is available in Quantal currently and install it manually.

Though I must warn you I haven't tested whether the deb file actually fixes your problem. And it is very likely that it might cause other unforeseen problems, including but not limiting to breaking dependencies of other packages, not actually being functional, etc.

A relatively safer and a promising solution to fix your problem would be to upgrade to Quantal, but upgrading to a pre-release version is never a sane idea, giving the amount of development going on at the moment.

To wrap up, the bug you are facing is fixed. Either wait for Quantal to be released and upgrade your system or try out the deb file available in Quantal.

Not the answer you're looking for? Browse other questions tagged google online-accounts or ask your own question.

1285
How do I install a .deb file via the command line?
6
Ubuntu 14.04 asking Google permission
3
Google asks me to login every time I reboot
2
How to add online accounts behind transparent Squid proxy?
2
can't grant access to google in online accounts