How do I make Super+W show open windows from all workspaces?

I know there is a bug in 12.04 which makes the Super+W shortcut only show open applications/programs from the current workspace, not all workspaces like it should.

Is there a workaround until this bug is fixed?

Note: This is not off-topic or a duplicate of this closed question because a workaround now exists.

To install from the PPA:

Note: Installing this workaround will not break any future updates to compiz; between now and the release of 12.04.2, any official compiz updates may make the old (faulty) Super+W behavior return for a few days until the developer fixes it and releases the updated version to his PPA. 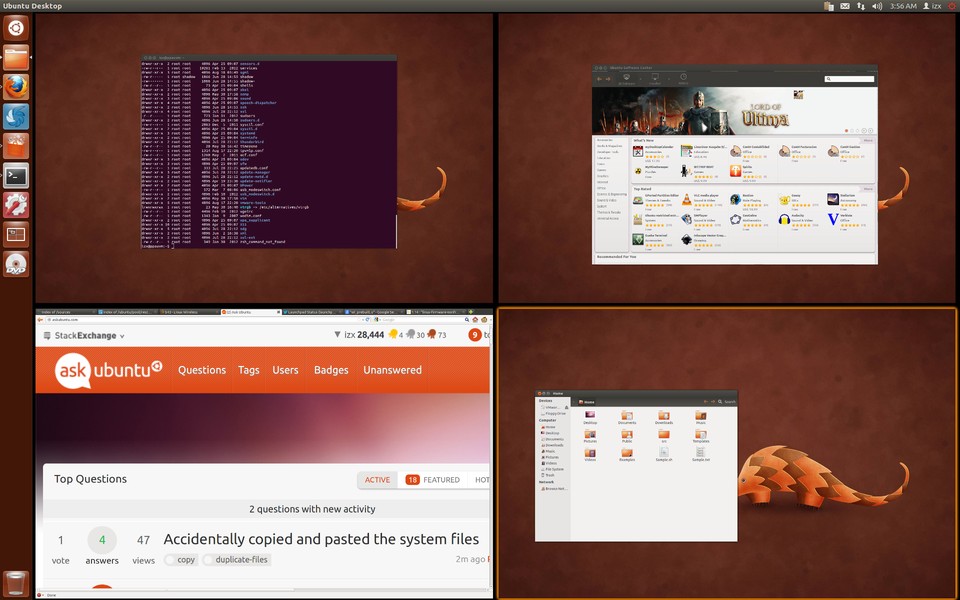 After installing the fixed PPA version, Super+W shows all four: 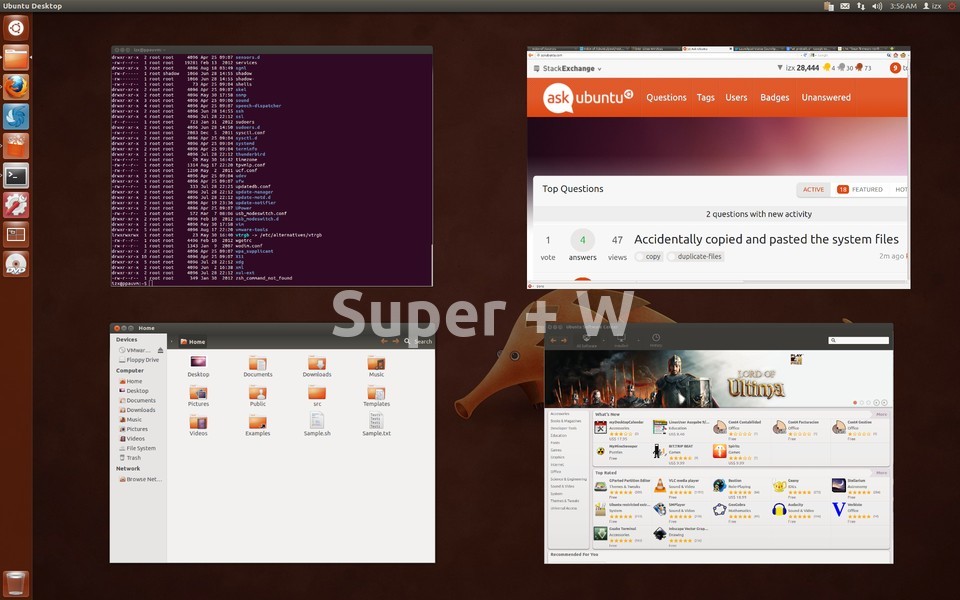 Not the answer you're looking for? Browse other questions tagged 12.04 unity shortcut-keys or ask your own question.

7
How to do super w show open apps of all workspaces?
515
What are PPAs and how do I use them?
311
Are PPAs safe to add to my system and what are some “red flags” to watch out for?
9
How to make Expo list windows from all workspaces?
1
12.04.3 and super+w for all workspaces

8
How do I turn off Hold Super for shortcut list?
21
How to make show desktop work only on the current workspace?
5
Unity displaces windows when switching workspaces
3
Gnome: Keyboard shortcut to move to workspace 7 (or higher)
1
Show all windows from all workspaces [Super + Shift + w] in Ubuntu 18.04.2 as in Ubuntu 16.04