How much space does Ubuntu take up after it's already installed?

I know how much space is required to install Ubuntu.

How much space does a Ubuntu installation take up on the disk?

According to installation procedure 4.5 GB approximately for Desktop Edition . It varies for Server edition and net-install . 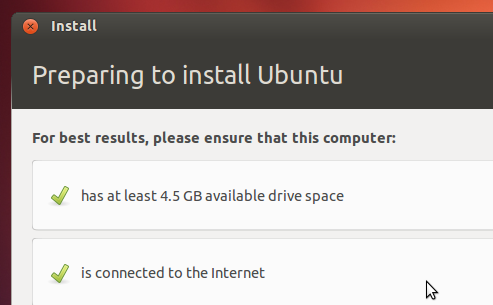 Note : On a fresh install of Ubuntu 12.04 - 64 bits without any Graphic or Wifi drivers took approximately 3~ GB of File system space. And i guess 4.5 GB is recommended for Updating packages , Language packs , etc and best practical reason is for Ease and Smooth Usage of System avoiding Low memory kind of situations.

Unfortunately, after (1) performing a Minimal installation, (2) rebooting and (3) logging in via the graphical login screen, all I get is (4) a mouse cursor. No menus, no icons, no ability to run any programs, and no ability to log out.

Unfortunately, even with a Normal installation, I still do not get a working graphical desktop. My laptop is an Acer Aspire One with 2GB of RAM. The live ISO of 18.04 runs acceptably.

Additional update: If you have no swap partition, Ubuntu 18.04 seems to create a swap file at /swapfile. In my case, the files was about 1GB, but I don't know how much of it was actually used. It is possibly that the unused portion of the swap file would not be included in df. After I turned off swap, removed it from /etc/fstab, and deleted the swapfile, disk usage dropped to around 4000MB on the Standard installation.

The GNOME desktop did finally appear. It took about 10 minutes, maybe more. So I'm going to try installing Ubuntu-MATE instead. I'm not attached to any particular default desktop. I generally run the Openbox window manager without any desktop environment.

Upon booting immediately after the install, df -BM / says I have used 3418M (or under 3.5GB) of disk space.

Annoyingly, the Ubuntu installer said that 8.5GB of space was required, and refused to install on my 8GB USB stick. I bypassed this requirement by temporarily inserting a 32GB USB stick.

I typically install Ubuntu onto 20GB root partitions, and store all my work data on separate partitions and disks.

I create separate partition usually 20-30GB for system(at least 10GB!). Later I create /home/xxx partition for left free disk space and I use it as my home directory. Under partitioning and installation I mount my partition as home folder. This allow you very easily to re-install whole Ubuntu without loosing your data & settings.

I have a VirtualBox running 12.04 LTS 64-bit Desktop that takes up 7.5G with full graphics, SW-dev, HTTP, SSH, LibreOffice

I have installed ubuntu on a tablet pc (acer w700). According to system properties, it takes up 4.7 GB after updates. So it is far to say it is much more leaner and smaller than say windows.

0
How much storage does Ubuntu use?
1
Ubuntu based distro with slim storage footprint
0
Amount of disk space needed to install
1
Two questions: Size and Files
3
How much memory does Ubuntu need?
1
Installing Ubuntu 18.04 while planning to install another OS alongside in the future