I have noticed (in psensor, and listening to the fan) that my GPU is terribly hot when playing youtube videos.

What happens at that point? Is this related to Flash in Ubuntu?

Youtube in Firefox and Chrome seems to take much more GPU resources than playing the same video or one with a higher resolution from the hard disk, or than playing it from youtube through smplayer (or VLC). 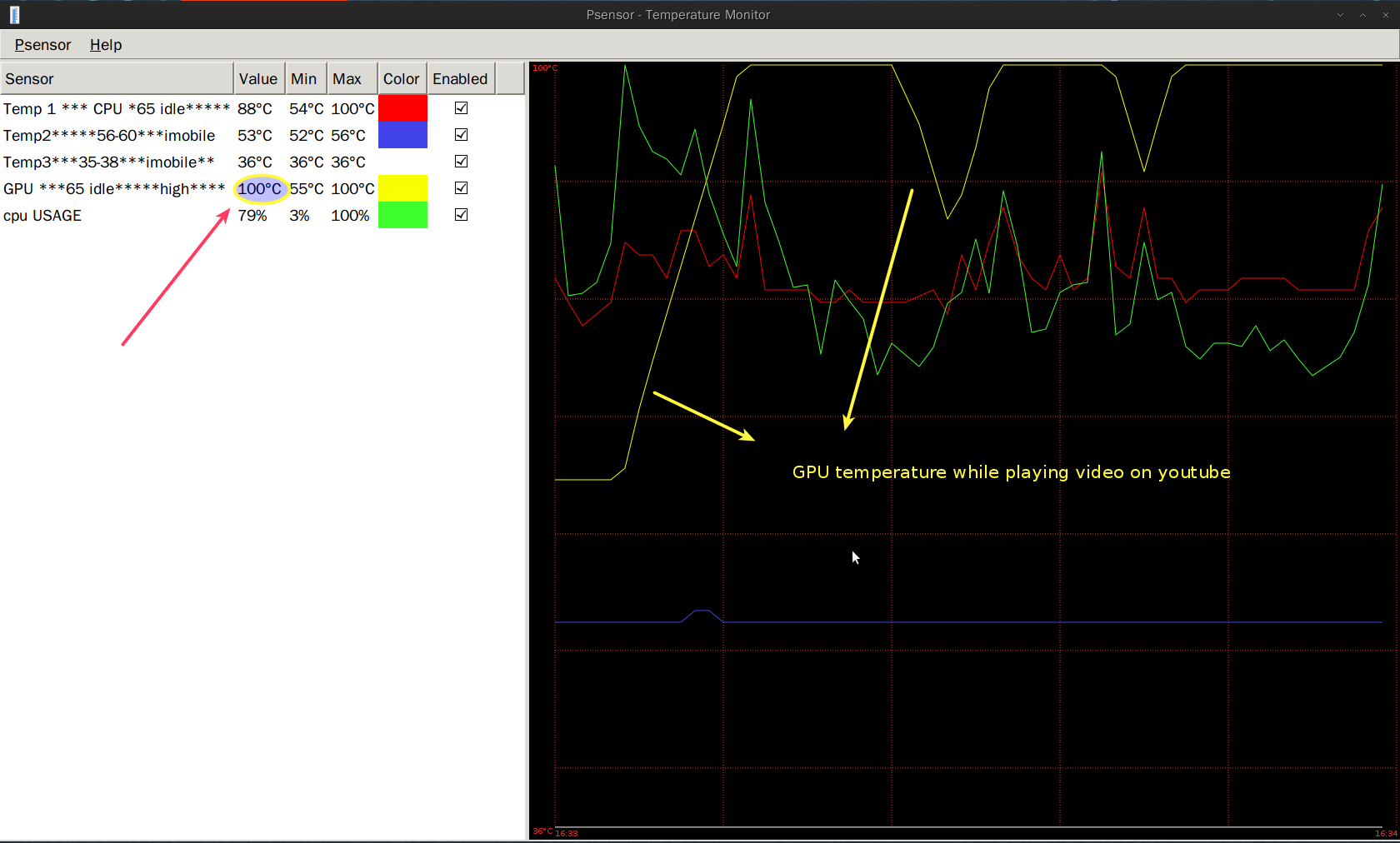 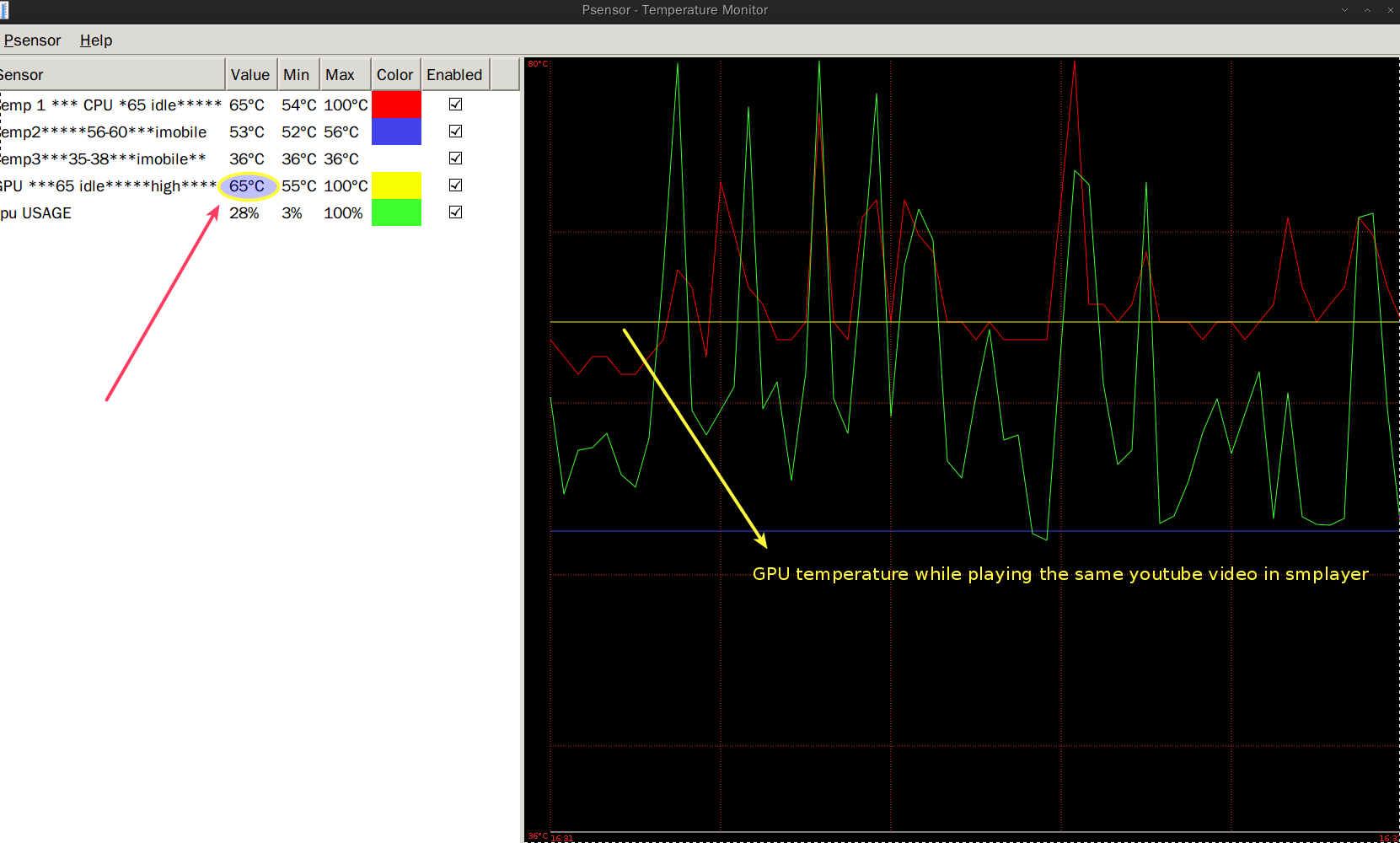 This is probably related to the implementation of Adobe Flash (in Ubuntu, or even in general); while the video codecs used by youtube are standardized, how they are implemented is up to Adobe and it may well be a poor implementation and/or one that uses the GPU excessively.

Compared to that, most Linux/Ubuntu video apps use the FFmpeg/libavcodec open-source codecs to decode video, and they generally do a pretty good job -- in your case, apparently better than the proprietary Flash!

Alternately, you can always give Flash a chance by disabling hardware acceleration (the graphs in the question show that SMPlayer is using software decoding). Full-screen the flash video (it's a bug), right-click, go to Settings and disable: 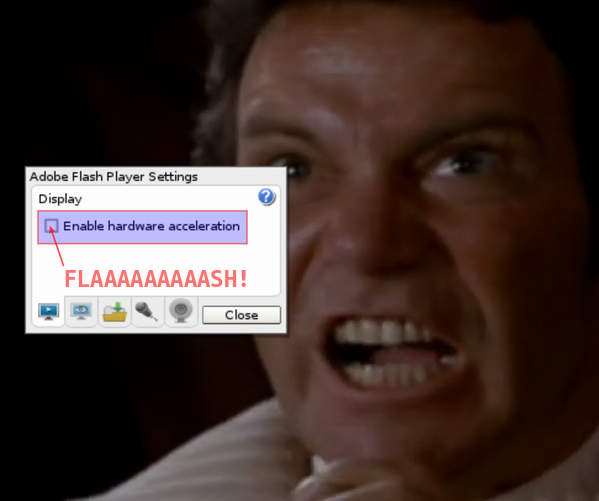 35
Why are Flash applications so sluggish/crashy?
1
Why does my flash video get stuck? (not lag?)
1
Youtube playing audio many times
0
Flash videos choppy after computer has been ON for a day or so
0
Sudden flash malfunctions
0
Firefox YouTube videos often refuse to load after a certain duration into the video
2
Ubuntu won't play videos on either browser or native client
1
Will a flash player plugin be needed for internet video in 18.04?