Graphics trouble after resuming from hibernate or suspend

I have a Dell Inspiron 2650 (with NVidia graphics, using nouveau drivers) that I'm using to try out Ubuntu. It's all great, except that Hibernate and Suspend aren't usable.

Yes, I know that questions about power-save issues are rampant in the Linux support universe, but it seems that every time I find a solution it's for a very specific hardware combination and doesn't apply to me. So anyway, here goes.

When I resume from either power-saving mode, I'll get graphics problems anywhere on the range from a few scattered random-colored pixels that won't change; all the way to full-screen patterns that don't change as I move the mouse, hit keys on the keyboard, or even bring up the shutdown dialog using the power button.

Those full-screen issues (which may involve stripes with random pixels, partial black screen, or both) always end in me forcing the machine to shut down by holding the power button.

I haven't done much testing yet to determine what severity level is most commonly associated with each mode, but I do avoid using either power-save option because of these issues.

Please feel free to request something specific in the question comments.

See this hardinfo report for my system's hardware configuration. (No, my username is not "myuser"; I sanitized hardinfo's output before publishing it.)

These screenshots are from a relatively mild occurrence, which happened after the second hibernation I took that session. The first one worked great, though I used the wireless card and Firefox heavily between the two hibernation attempts. 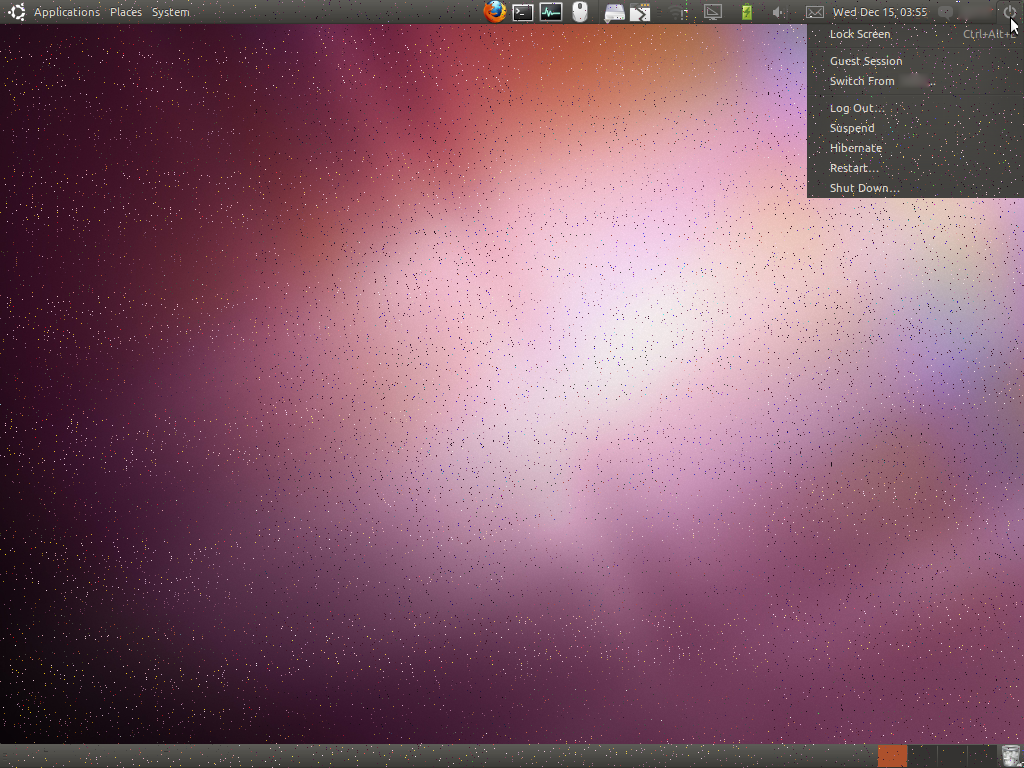 Take a look at what happened when I opened my home directory in Nautilus and scrolled it: 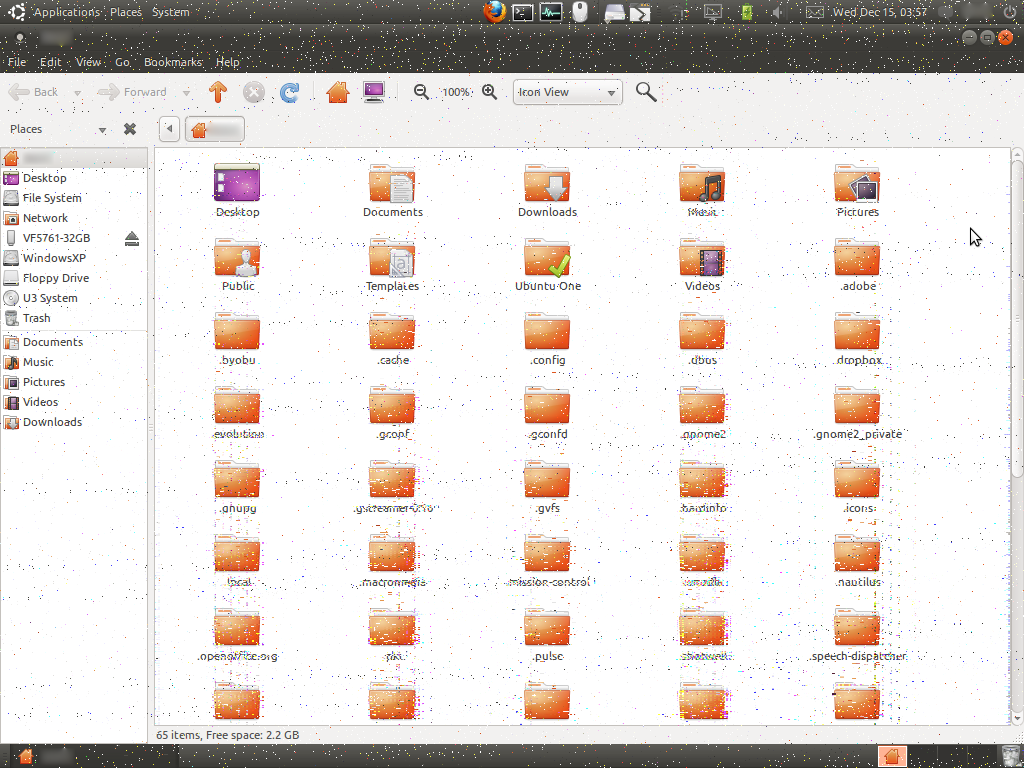 See below for the situations I've tested so far. The real trouble comes when the machine resumes to an unusable state; in such cases I can't even unlock the screen or properly reboot, much less take a screenshot. I have a hunch that putting a CD in the drive will cause such major failures, and I will try that at some point; see related question.

When I tested it, Natty wouldn't stay logged in. It played part of the login sound and then [ OK ] appeared in the top right corner (white-on-black terminal text) for a few seconds. Then it kicked me back to the Unlock screen. It did that four times before I gave up and just tested suspend from the Unlock screen.

This is pretty clearly a bug and not something that should have to be worked around or which could be fixed through user action. The best thing to do in these cases is to open a bug in launchpad so that Ubuntu developers can see it and track it.

For suspend/resume or hibernate problems, it's best to open the bug against the linux kernel. You can do that from a shell by typing:

Not the answer you're looking for? Browse other questions tagged suspend hibernate resume or ask your own question.

5
Various issues linked to my CD drive, when it has a disc in it

63
How to go automatically from Suspend into Hibernate?
3
Resuming from hibernation shows a fuzzy "static" screen
4
Not able to suspend or hibernate
1
Hibernate and/or Suspend breaks my computer
5
Why does hibernate not work after update from 13.10 to 14.04?
30
Blank screen after suspend/hibernate on 14.04
1
Inhibit suspend and hibernate until process terminates
3
Ubuntu 19.04 hibernate/suspend