Where in the filesystem should I store shared data?

Where in the unix filesystem is the conventional location to save non-user specific data, for example data shared via nfs or ftp, or backups?

I could obviously create and use any arbitrary folder (such as /home/shared, /data or /var/data), but I'm really wondering if there are any "best" or "common" practice guidelines. The Filesystem Hierarchy Standard doesn't specify a location for shared data.

For backups, I tend to use /var/backups, but as several cronjobs write to it should it really be left for their use?

This question does seem to have a clear answer in the Filesystem Hierarchy Standard, which specifies /srv as "contain[ing] site-specific data which is served by this system ". (3.16.1)

This main purpose of specifying this is so that users may find the location of the data files for particular service, and so that services which require a single tree for readonly data, writable data and scripts

Note: 'Served by the system' doesn't necessarily refer to the Internet. It needn't even mean a network. It's applicable to even a shared system. Further, the words site and service should be understood in their pre-internet meanings. Your site can be "the physics department" or "the finances office".

It goes on to say:

On large systems it can be useful to structure /srv by administrative context, such as /srv/physics/www, /srv/compsci/cvs, etc. This setup will differ from host to host. Therefore, no program should rely on a specific subdirectory structure of /srv existing or data necessarily being stored in /srv. However /srv should always exist on FHS compliant systems and should be used as the default location for such data.

You should therefore further structure your data in directories such as /srv/nfs, /srv/backup and so on.

I should also mention that few people do this anymore. But there is no good reason why they don't. The standard is by no means out of date.

/var is traditionally used for things like print-spools and log-files, but it's also used by the Apache web server (on Debian systems anyway - SUSE use /srv); There doesn't seem to be consensus on whether /var is a proper directory for shared data. But if you decide to use it instead, you will have no regrets I'm sure.

Note also: Karthick's answer is by no means wrong. The FHS says /srv " should be used as the default location for such data", but the standard leaves some room for your own preference, depending on how you interpret the terms. 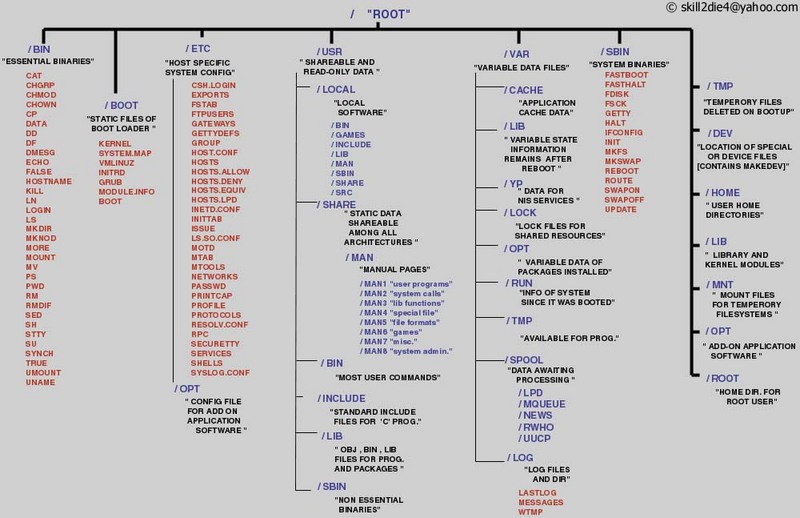 Also have a look at this

I dont think FHS defines any place for shared user data. It is upto users where they want to store there shared data. I usually use /usr/local/shared or /home/shared.

I have seen /export used to serve with nfs, and /mnt used to mount an nfs share locally, in a corporate environment, as suggested in the NFS documentation, a standard that I suspect originally came from Sun OS, later renamed Solaris.

The /etc/exports file names the exported volumes and the /exports directory serves them to remote users, who mount them on /mnt. The server host may also mount these same shares on /mnt using the same nfs daemon for the use of any clients or processes running locally on the server, to retain compatibility with any remote hosts and maybe retain the functionality of load leveling, quotas, etc.

That is as close to a 'standard' as it gets. Note that /export is not in the FHS therefore /export was added independently, so presumably nobody is happy with /srv. Probably because of potential confusion with 'services' running as daemons rather than 'served' volumes. /export is unambiguously named with little chance of confusion. I never see anything in /srv.