Has anyone experienced this graphical glitch when typing in Firefox address bar? The drop-down list is not drawn correctly, with some "blocks" missing. After typing more letters or hovering the mouse cursor, the list redraws itself and becomes complete.

If I go to the KDE control panel and disable the Fade effect, the bug starts to happen to almost every menu in the system, including, the taskbar window previews. Enabling the “Fade” effect corrects the bug everywhere except in Firefox.

I have an Nvidia card and I am using the proprietary driver (current, not current-updates -- not sure about the difference), but the linked question on an Arch Linux forum says this happen with the open source driver and with other cards too.

Does anyone have an idea for a solution?

Marcus, you will need to file a bug for this issue. The easiest route would be from within Firefox. On the the application menu, click Help, then Report Bug. Once you fill out the form, it will be sent to the developers. If you are not able to report a bug this way, there are a few other methods described in the link below:

Unfortunately, as with many bugs, the quick and easy fix is to have the developers make an update for this! If you submit your bug in LaunchPad, you may find that other users are also seeing the same glitch, or the developers may point you to a temporary solution until a patch rolls out.

It seems I have found a solution. I disabled VSync in the “Desktop Effects” settings panel (sorry for the mixed-language screenshot) and have not seen the glitch ever since. 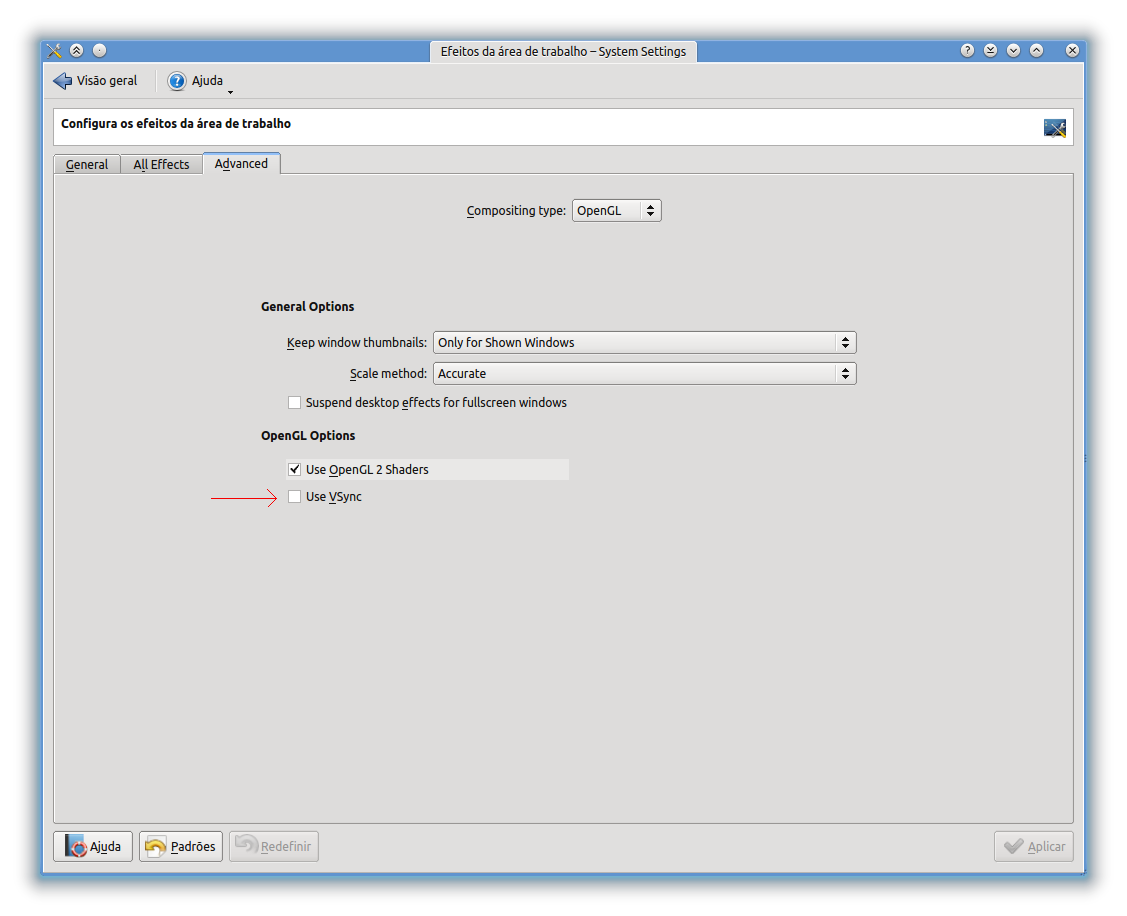 Not the answer you're looking for? Browse other questions tagged firefox kde or ask your own question.