Why doesn't the Dash have an overlay scrollbar?

I'm running Ubuntu 12.04. The overlay scrollbar doesn't appear in the dash when i hover over the scrollbar. It appears in other places.

It's a known bug/"feature" in Nux

I believe this is what you mean (see circled cursor): 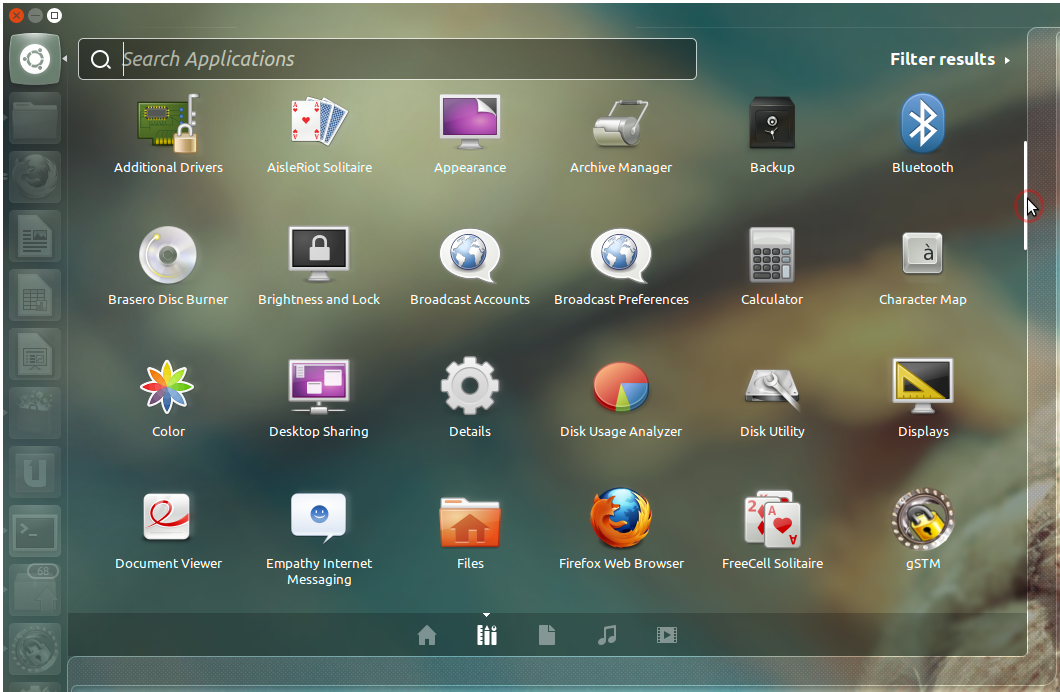 This is a known bug/feature, with no estimated fix date (it's in the backlog).

Okay! i found a satisfactory work around to the question I posted.Here is the answer.Maximize the dash window and use the mouse on the scroll bar then its hard to miss the target.

Not the answer you're looking for? Browse other questions tagged 12.04 unity unity-dash overlay-scrollbars or ask your own question.

0
Why doesn't Document Viewer appear in the dash as an installed application?
1
Why does the Unity dash lose focus?
0
enable overlay-scrollbar in xubuntu 12.10 (xfce 4.10)
0
Ghosts haunt my Unity Dash! Videos and animated images appear through the overlay!
1
How to get around low contrast scrollbars?
2
Why does 15.04 gnome-terminal not have the Unity-style scrollbars?