How to use different input language for different active (application) windows?

I'm working under 12.04 and suppose I have a Firefox windows active (or in foreground) with English as input language and I need to type a document in other language using some text editor.

Because of this, I have to make extra moves and change the input language manually every time I switch from the text editor to Firefox and back to text editor. This was not happening with 10.04, and each application windows had the corresponding input language set to its default or previous session every time I was bringing it to the foreground!

On the right pane of that tab, I chose Allow different layouts for individual windows and that worked. 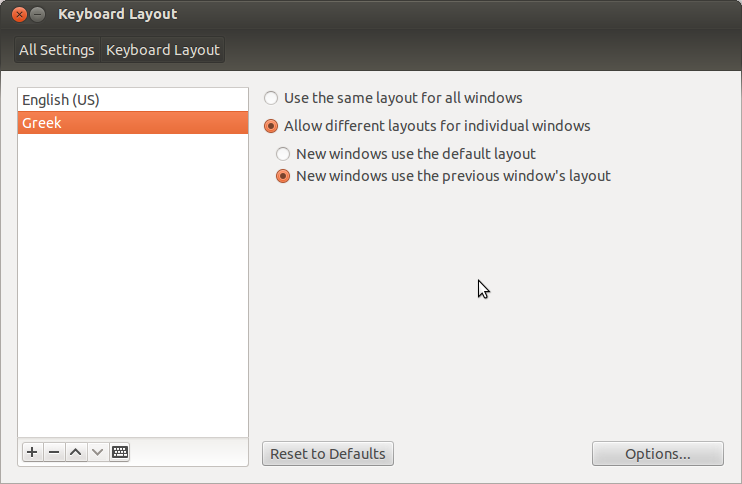 Not the answer you're looking for? Browse other questions tagged keyboard-layout input-language or ask your own question.

0
Change input language separately in different applications like in windows