Gparted resize of an extended partition fails with error “can't have overlapping partitions”.

I'm trying to use gparted 0.12.1-5 (via a live CD) to give Windows less space and give Ubuntu more. I've managed to remove 100GB from the Windows partition so I now have some unallocated space between Windows and Ubuntu.

This is what it looks like inside Ubuntu (not using the live CD, since it won't let me mount a USB to save a screenshot): 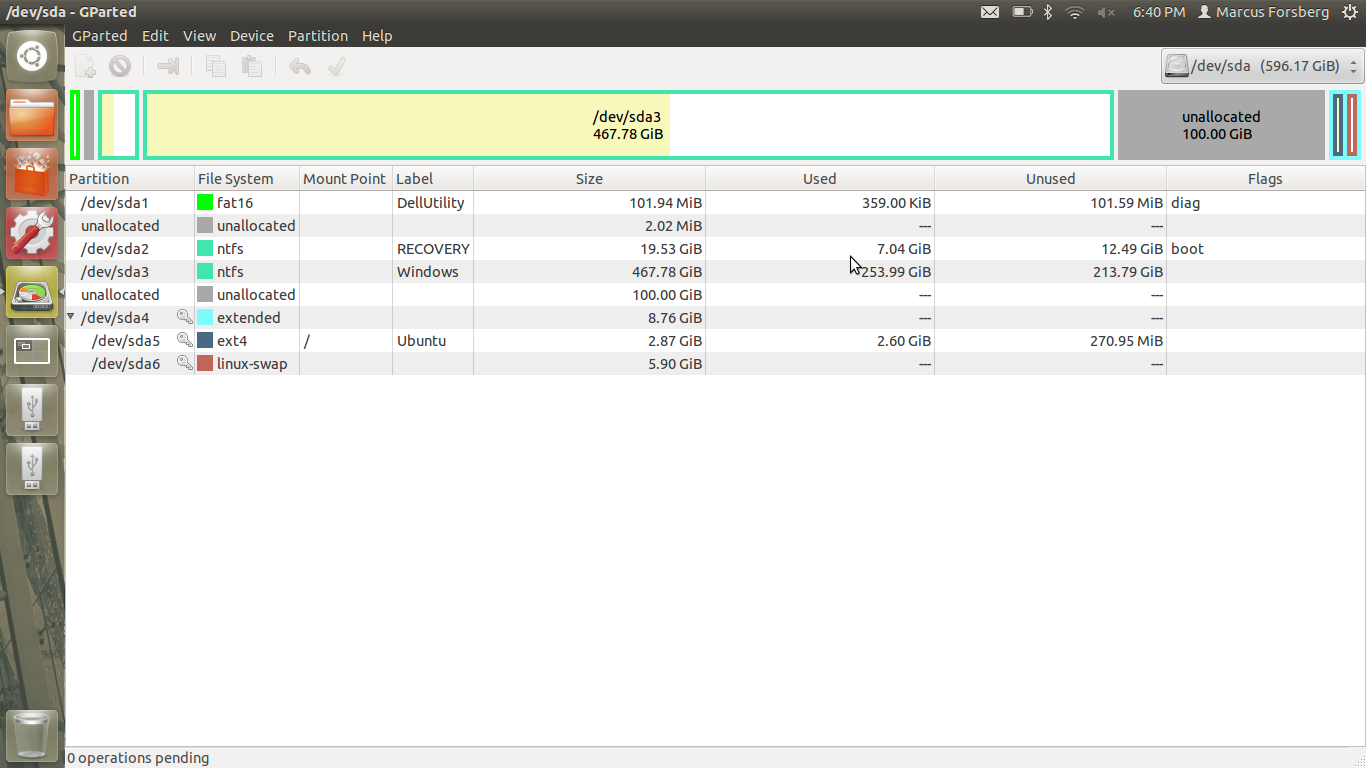 However, when I hit apply, it fails on the first action (resizing sd4) with the error message can't have overlapping partitions.

Any ideas as to why this happens? I also tried resizing sda4 by just a few MB so that it definitely didn't overlap anything, but I still got the same error message.

To clarify, I am using gparted from the LiveCD, I just took the screenshot from Ubuntu.

I couldn't attach the details file containing the error information from gparted because I can't mount a USB drive when I'm running from the LiveCD.

I'm tried following the guide on the gparted website but it says Invalid argument or something like that. If the gparted details are needed, I may need some hints on how to solve the USB issue as well. :)

The last post of this thread http://ubuntuforums.org/showthread.php?t=1980664 solved the problem for me.

When looking at the dialog box for "resize/move dev/sda2" there is an option to change the alignment from MiB to Cylinder - click to change it and... Voilà! To resize my sda1 (windows), I had to switch back to MiB.

This problem appears to be the same as the following bug report:

This bug report is scheduled for inclusion in the upstream release of GParted 0.13.0 on Friday, July 13, 2012.

Not the answer you're looking for? Browse other questions tagged partitioning usb live-cd gparted or ask your own question.