I have an Ubuntu 12.04 / Windows 7 dual boot. After installing Ubuntu my computer reboots straight to Windows. There is no option to boot Ubuntu.

I select the USB drive in the BIOS and boot to it and choose install. I select to manually configure partitions, partition the 200 GB of unallocated space on my 1 TB HDD into 16 GB swap file, 30 GB / ext4, and 154 GB /home ext4.

I made sure that the bootloader is installed on the Corsair 120GB SSD (where the Windows boot is) and the installation goes smoothly.

When I reboot after the install it runs through the BIOS straight into Windows. I have tried upwards of a dozen times and I have also tried with Linux Mint. I have also redownloaded the ISO and used two different programs to create the live USB. 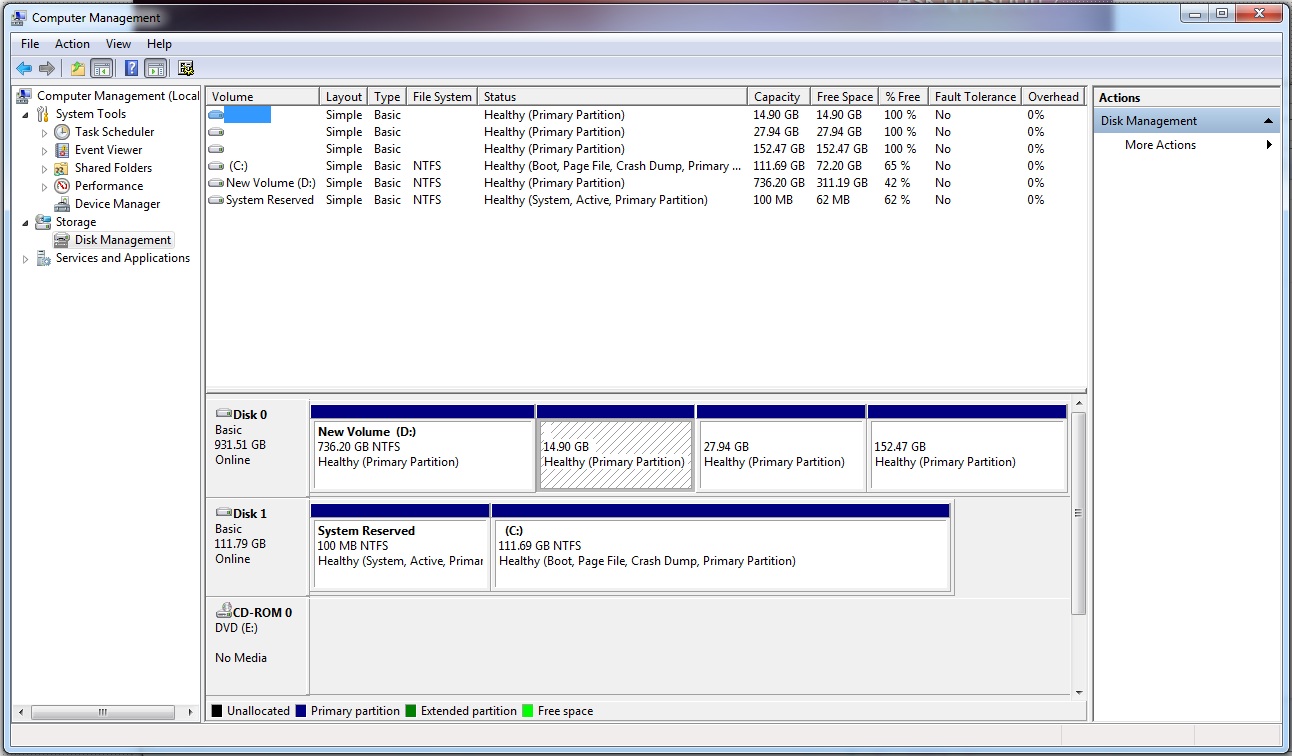 I currently run Lubuntu on my laptop, but it is not a dual boot. I'm assuming this is a bootloader issue and I am assuming that inside those partitioned files in my screenshot there is a working Ubuntu 12.04. I just have no way of getting to it.

I booted using my Ubuntu live USB and used the Boot-Repair tool suggested in virpara's answer.

Upon opening the tool I saw that it was recognizing my SSD as a removable drive and defaulting to install on the HDD. Once I realized that I was able to force install onto the SSD. My computer can now boot Ubuntu.

you should re-install grub. check my answer here. It is done through GUI tool.

By the way I don't like to give link to answer but it doesn't worth just copy and paste it again and again.

I also posted an answer to a question that's really similar to yours.

If you saw nothing after you chose the GRUB Entry that means your GRUB didn't install properly.

Not the answer you're looking for? Browse other questions tagged 12.04 dual-boot system-installation live-usb boot-repair or ask your own question.

2
No Dual-Boot Option after Installing Ubuntu 14.04 x64
1
ubuntu 15.04 alongside windows 10 dual boot
1
how do i get ubuntu option after installtion on windows 7
1
Dual-Boot with windows 7, ubuntu won't boot
1
Boot goes straight into Windows 7 after installing Ubuntu, how do I get back into Ubuntu and get the option of either at start up?
7
Installed Ubuntu 12.04 and no Menu on boot!
5
Windows 7 and Ubuntu 13.04 dual boot, GRUB menu not showing
3
After installing Ubuntu from USB, GRUB2 can't be installed!
0
Auto booting in to windows every time I shutdown from Ubuntu