How to reset the terminal properties and preferences?

I fooled around with the colors and stuff, in the terminal, and now want to go back to the maroon and white default config of the the terminal. What files do I have to delete?

In terminal click on the 'Edit' menu then 'Profile Preferences'. It will pop up the 'Editing Profile' Window. to reset the color make sure that you have selected the check box named 'Use colors from system theme' in the 'Colors' tab. 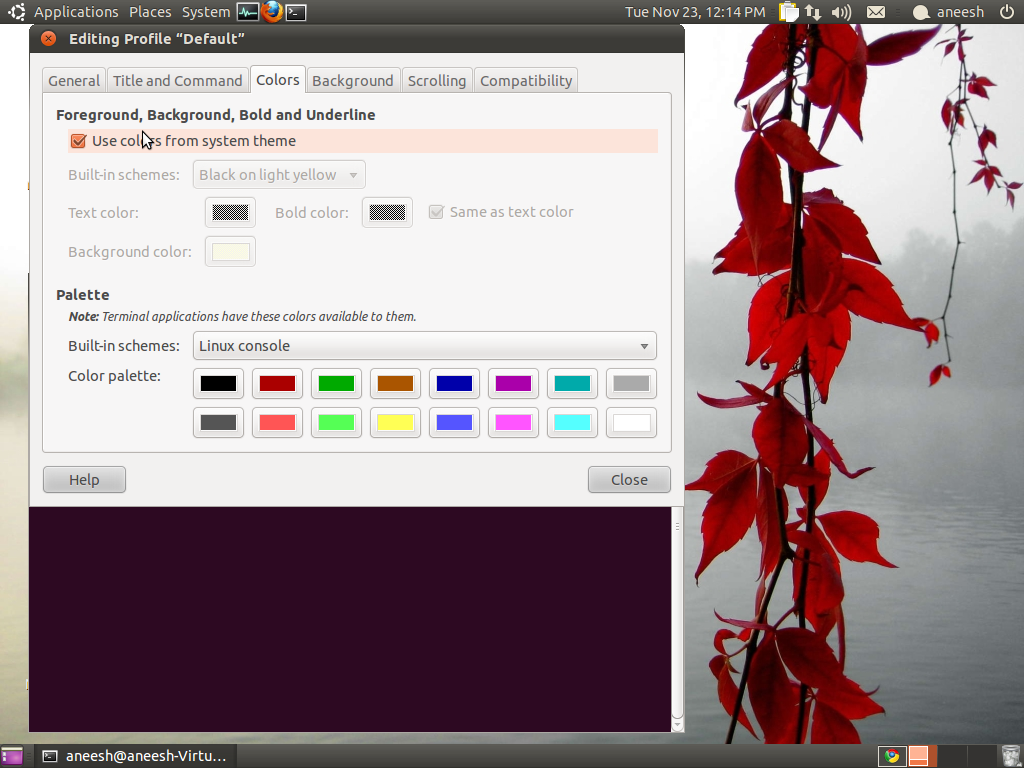 This simple command works in Ubuntu 16.04.

Reset only the default profile

If you want to do a complete reset of the Gnome Terminal settings, you can remove the ~/.gconf/apps/gnome-terminal directory which contains them. I would close all terminal windows on your desktop. Then switch away from the GUI with Ctrl+Alt+F1 and login on the console.

You should probably backup the directory first, with something like:

Now, you can switch back to the GUI with Alt+F7 or Alt+F8 and launch the terminal. It should be reset to system default settings.

First of all, default terminal in Ubuntu is gnome-terminal so for 99% of new users, I assume you're using gnome-terminal. Advanced users, who use something other than gnome-terminal will have to refer to manuals of their respective terminal emulators.

In order to reset gnome-terminal it is sufficient to do this:

Alternatively, you could use GUI tool called dconf-editor.

. . .was deprecated as part of the GNOME 3 transition. Migration to its replacement, GSettings and dconf, is ongoing (source)

So you have changed some setting and now gnome-terminal doesn't work. Great, what now ? Luckly, there's couple of ways to get around this.

One, start xterm. By default, Ubuntu comes with two terminal emulators. xterm is the original terminal emulator for X11 GUI and has been around since long ago, when dinosaurs of Unix systems roamed the earth. You can use it to call the dconf command mentioned above, as well as reset your ~/.bashrc config file.

Another approach, would be use dconf-editor tool, again mentioned above. If you don't have it installed - use Software Center to get it.

I did something to my prompt , I want it to look like user@hostname:~$ again.

Here's the thing: the prompt has two static parts username@hostname: and $. The one in the middle, ~, means your current working directory. Just like in file manager, when you jump to different directories, the terminal will display the directory in which you're working right now. So for example:

If you want to see ~ again, all you have to do is jump back to your home directory:

If you want to permanently get rid of the directory information in your prompt, you should edit your ~/.bashrc file. Add this line:

Save the file and run source ~/.bashrc . Now you have a static prompt. Big problem is that you won't see where you are at the moment, so you will have to rely on pwd command for that and be careful not to delete valuable files ( so you have been warned :)

You can also use bash --posix which will display this type of prompt:

I don't want to deal with this, just give me working terminal

That's fairly easy: install some other terminal emulator. Oh, and there's plenty to choose from. Personally, I'd recommend terminator, guake or sakura

When you are in Terminal, go to Edit > Profile preferences, or press Alt+E-O to open the Editing Profile dialog. After make sure to select everything as below images.

Also, make sure that the value of PS1 in ~/.bashrc file is: 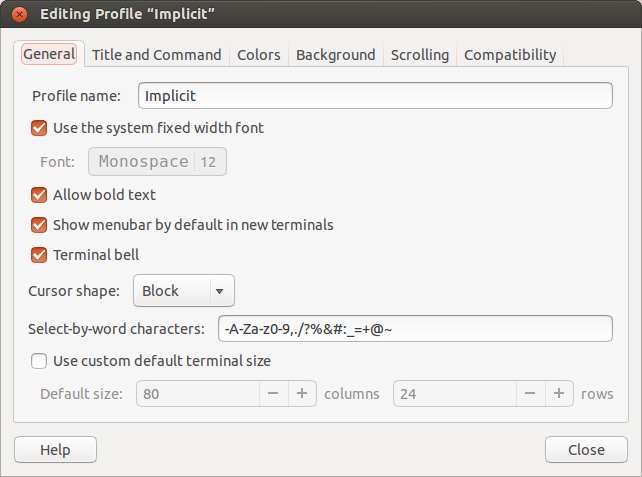 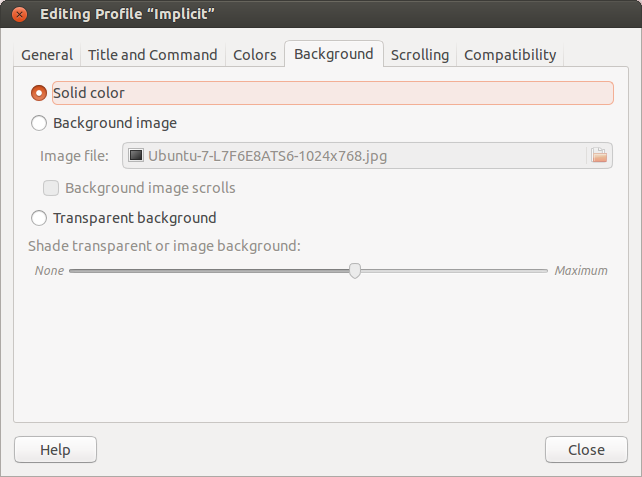 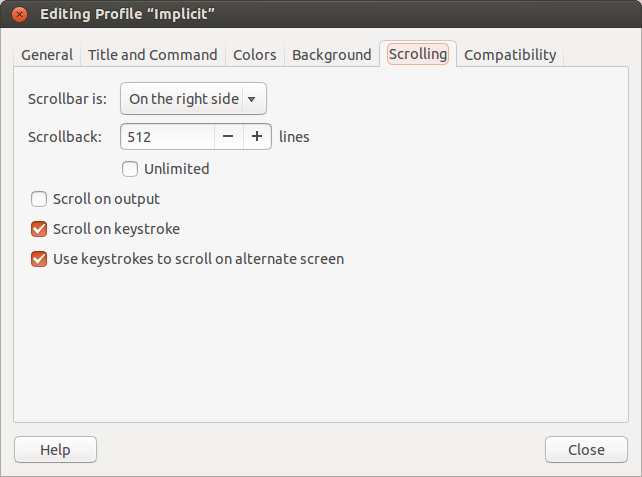 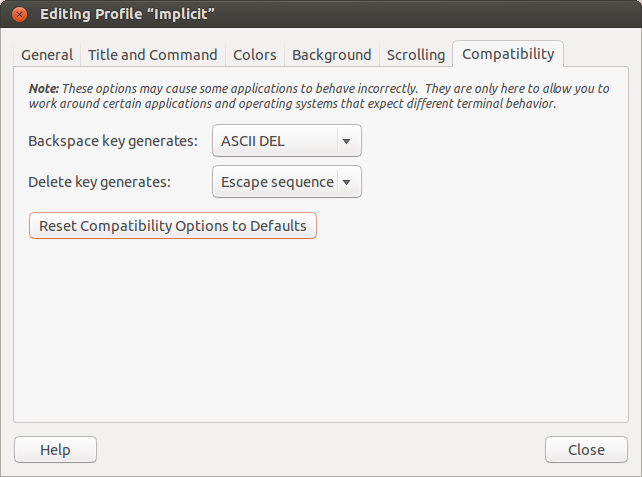 I played with it which resulted in removing all colors.. and kept me with monochrome..No difference between file and directories.

Try either of this:

6
How do I use and configure Terminal Colours?
7
How to open a terminal from the terminal
8
changing system terminal colours?
1
I want to delete colors added in Terminal
0
How to have git and virtualenv aware colors in terminal?
2
How to make the shell aware of the terminal profile
12
How can I fix the dull colors I am getting in Ubuntu 19.04 Terminal?
1
How to completely reinstall gnome-terminal?