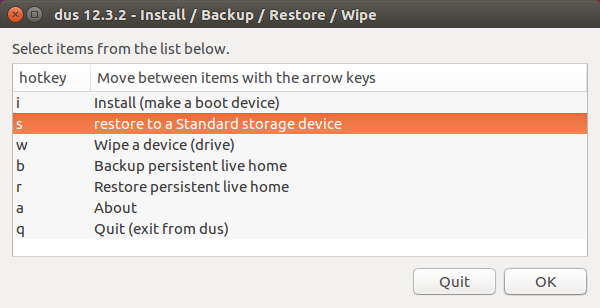 Now you can recreate partition table and format the drive using many methods.

You can pull out the USB cord. Your data is safe. BFW: Never, ever use NTFS on any distro. Its secret, proprietary code from MS. Of course, its been reverse-engineered, but still causes more headaches then necessary. Its not a good file system. Also don't use exFAT on any distro- the same case as with NTFS. And ALWAYS UNMOUNT YOUR BLOCK DEVICES and then power them off. ALWAYS. NEVER connect NTFS drives to any Linux distro machine and NEVER connect any ext4/f2fs/xfs drives into MS machine. EVER. Unless you want to loose your data.

4
Cannot repair a corrupted usb flash drive
4
How to get my laptop to detect SD cards inserted into its built-in card reader?
2
Unable to format the damaged SD card
0
Can't format pen drive, showing write protected
0
Micro SD card shows wrong capacity and files disappear. Can it be fixed?
1
How to delete files from usb drive
1
Can't Detect and Backup Flashdisk Drive
0
How do I format my bootable USB Flashdrive?
0
How to format a USB drive showing unallocated space?
158
How do I use 'chmod' on an NTFS (or FAT32) partition?
See more linked questions