I am trying to install Ubuntu 22.04 on my HP Envy 13-ag0700ng. I created a boot stick using Balena Etcher and Rufus, both options with the same results. You can find the console output in the attached images. I used Zorin (an Ubuntu-based distro) before and I am now trying to switch to Ubuntu because of different issues. One is that Zorin often did not boot because of the network resolution/sync jobs that also occur now :( (Fig.2). The new error can be seen in Fig.1 and is probably something I should resolve to install Ubuntu properly. It takes the system approximately 10 minutes to get to the first failed message. 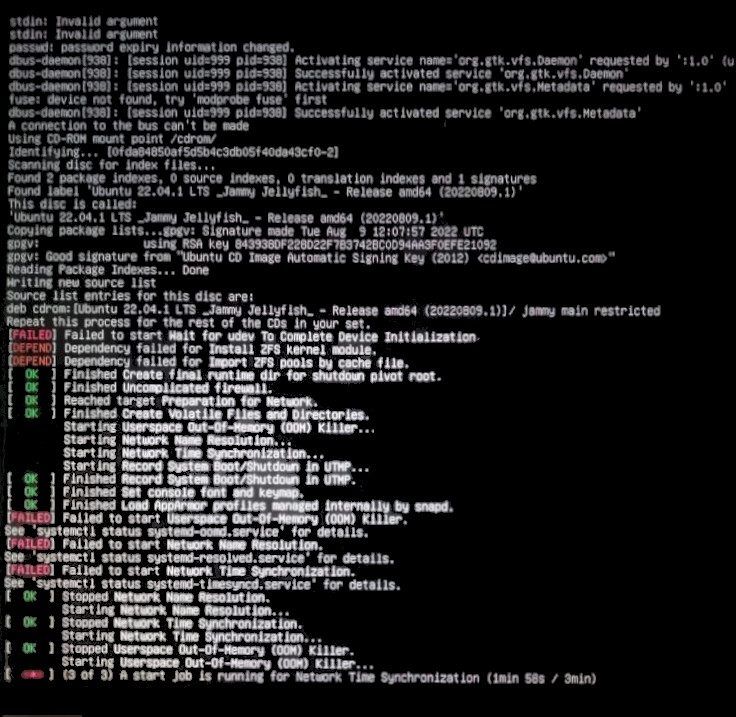 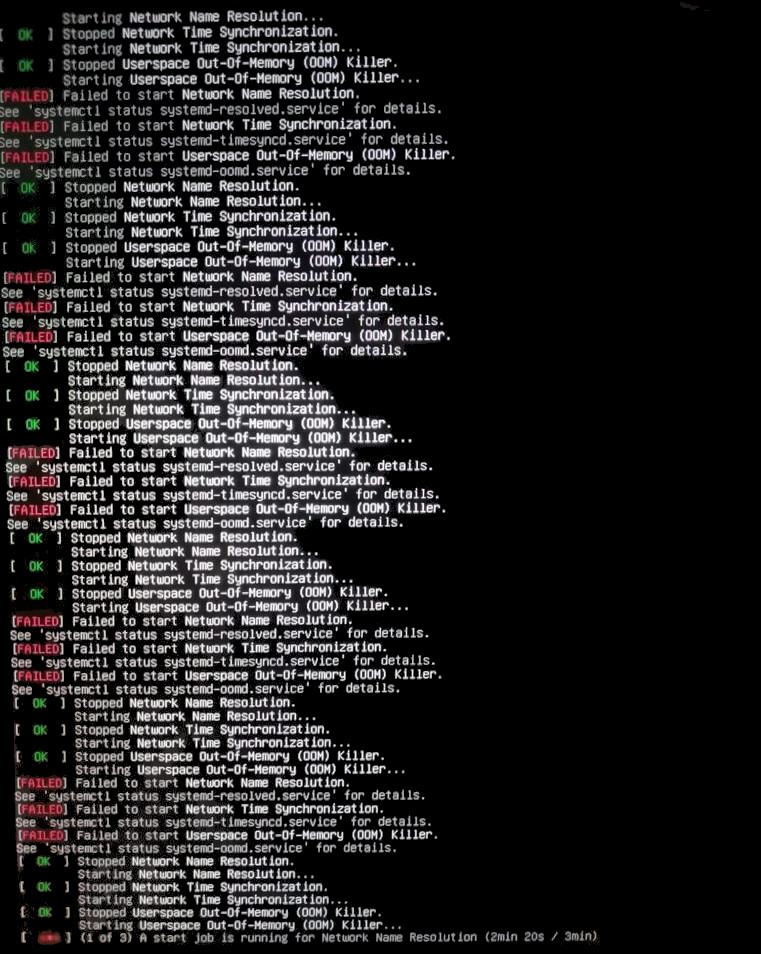 0
Ubuntu installation is stuck in a permanent loop

0
Ubuntu 13.10 graphics issue causes blank screen and prevents install
2
Trying to boot and install Ubuntu from USB but it gets stuck at HP loading screen
1
I am having trouble installing Ubuntu on my old Dell XPS L321x