I have installed Ubuntu 12.04 and Thunderbird 12.0.1 from scratch but I hear no sound when new mail arrives.

I have installed pulseaudio-esound-compat and esound-common but the problem persist.

How can I fix this, and get new mail notification sounds in Thunderbird?

I was having a similar issue in Ubuntu 12.04 with Thunderbird 12.0.1. At least in my case, the origin of the problem was two-fold:

My suggestion is therefore to select the sound file manually and restart Thunderbird. If it still doesn't work, I think you should file a bug report in launchpad, see here how. This might be a possible duplicate of this very old bug.

Note that the "Choose sound" menu has an hard-coded filter for wav files. In order to select an ogg file you'll have to specify the location explicitly by clicking on the pencil icon and providing the sound file location.

In my case the problem was not triggered by missing packages nor by missing Thunderbird configuration parameters nor by ogg or wav problems, the only thing I had to do to solve my issue was:

Then Thunderbird began to play wonderful notification sounds when new mails arrived. Hope this helps some of You, too. 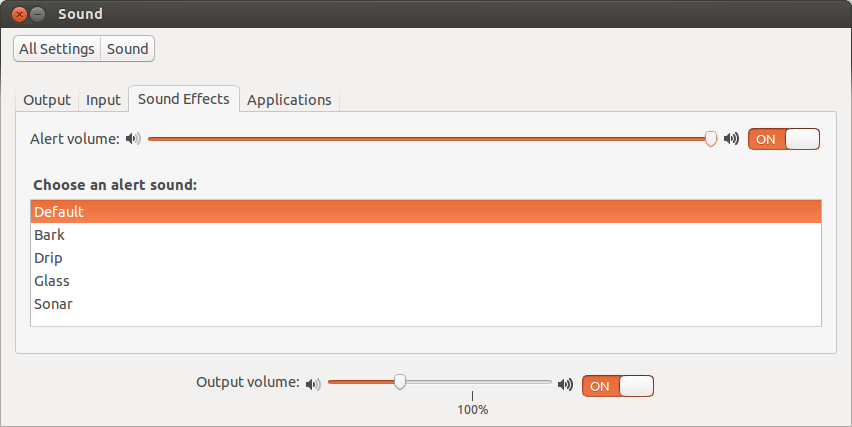 From Thunderbird v12, it uses libcanberra. And the canberra system only plays the sounds if sound effects are enabled: For default sound and for a custom sound.
IMHO this behavior is incorrect but this is what Mozilla have decided.

You can install libcanberra from the Software Center

, or by opening a Terminal window (Ctrl+Alt+T) and running these commands:

As for the home folder question, it is a matter of white space. In my situation (plain up to date Ubuntu 12.04, Thunderbird 13.0.1), a notification wav sound does not work if either the path (like My Music), either the file name (like You’ve got mail.wav) contains a space. It does work otherwise (not only from the home folder). Before trying every esound, pulseaudio, libcanberra or whatever, make sure the path and file name contain no space.

Hope that was helpful for you

All notification sounds work. Not all add ons will be compatible but will be in time.

I solved by installing this package: libesd0.

Okay, this issue had me puzzled for months and I'm on Fedora but my post could help someone not break everything for nothing hopefully.

I realized today that sound notifications in Thunderbird did not work anymore simply because I had disabled sound effects in Pulse... . I'd have never thought the two were related and I had turned it off because I wasn't exactly excited by the sound gallery it offered.

Now mail notification is back and that's very important for my work. Hope that helps someone out there.

I know this is tagged 12.04, but it it seems the most relevant question to post this on: I tried both the system settings and Thunderbird settings in this post, with Thunderbird 68.7 (custom install) on Ubuntu 18.04 and sound worked (when you hit the Play button in Edit/Preferences/General/When new messages arrive, for an ogg sound in /usr/share/sounds/ubuntu/stereo/) - but with extremely low level; even though Ubuntu settings (gnome-control-center) had Output volume on max: 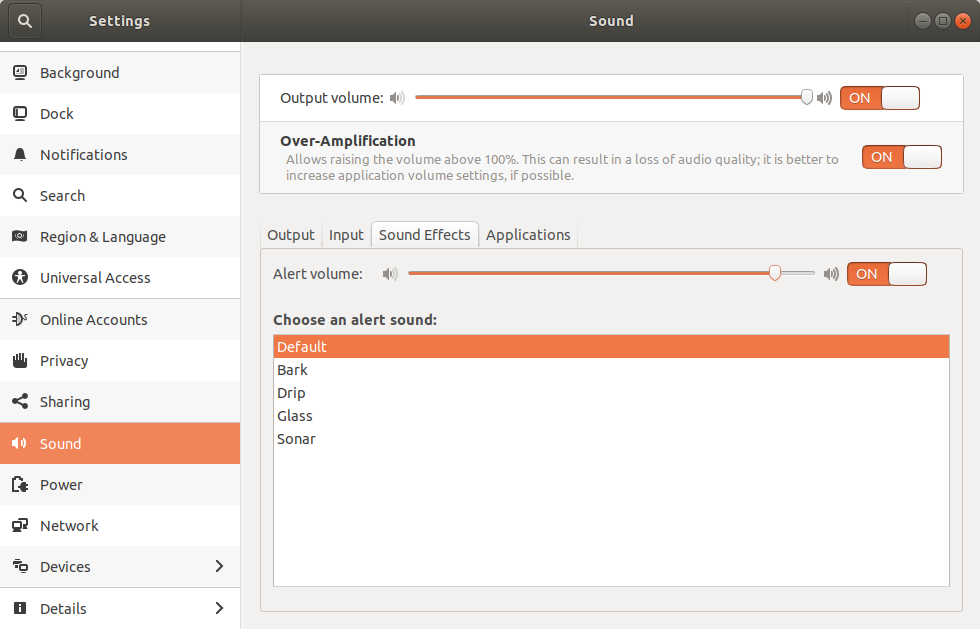 This got fixed when I started pavucontrol, and realized Playback/System Sounds was very low, which I then increased:

Only then I realized, that "Alert volume" slider on first screenshot, is linked to the "System Sounds" on second screenshot.

But anyways, now the new message sound from Thunderbird is audible - though still lower than other system sounds, not sure why.

EDIT: in about:config of Thunderbird (Edit/Preferences/Advanced/Config Editor.../I accept the risk!) there are also media.default_volume and media.volume_scale, both by default on 1.0 - I set both of these to 3.0, but it seems to have no effect on the new mail sound ...

Not the answer you're looking for? Browse other questions tagged 12.04 sound thunderbird pulseaudio or ask your own question.

0
How do I record sound on a Thinkpad Edge 11?
4
Thunderbird notifications not appearing
6
Why won't Thunderbird report notifications to the indicator-applet on 12.04?
5
Internal microphone not listed in sound settings
1
No blue envelope when using filters on Thunderbird
7
thunderbird stuck with 'Status: Creating mail message…'
0
Firefox/Thunderbird won't download files/attachments