The system is dual boot and upon selecting Ubuntu on grub I get the following message: 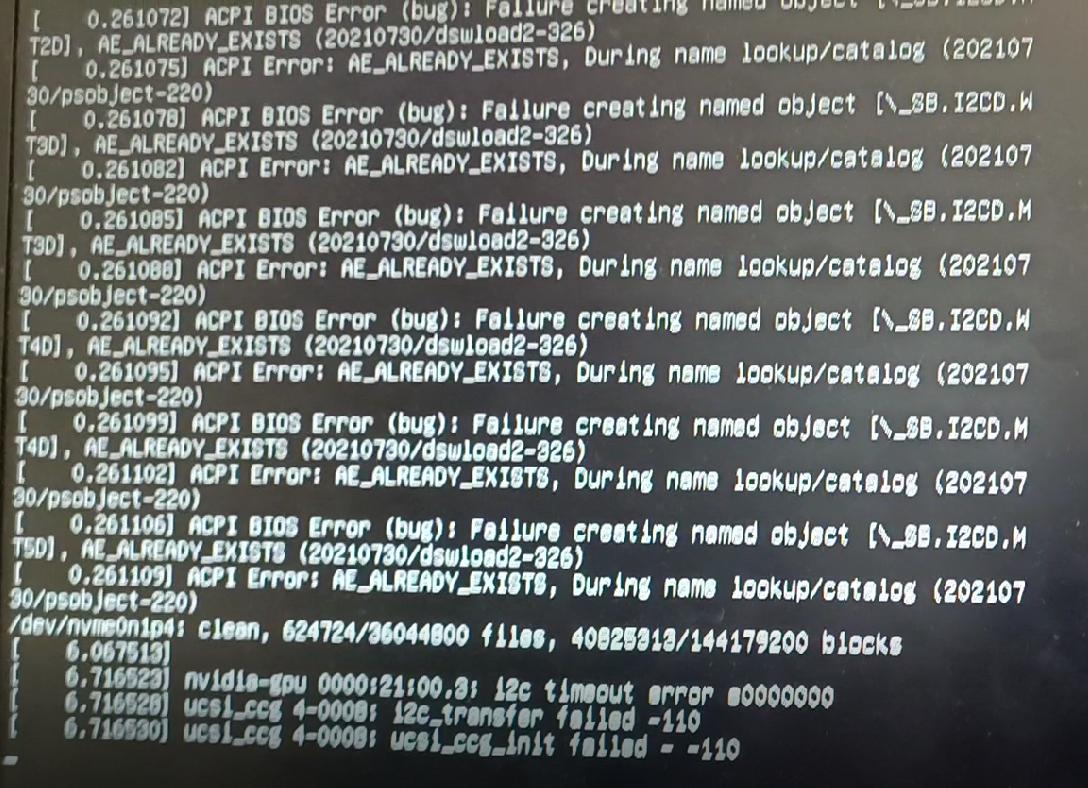 Is this a reason for concern? If so, what can I do to solve it?

You can get rid of those ACPI Error messages by

Change it to this:

Then save the changes and close it, now open a terminal and run:

Reboot and see the results

Or, if the computer is under warranty, contact the warranty provider.

Ran a Windows Memory Diagnostic and it reported a memory problem.

The computer went to the seller for a warranty technical evaluation.

The ACPI tables in your BIOS are incorrect, and Linux shows error messages during interpretation as it detects the problem.

The tables contain a list of devices in the system, typically those that cannot be found by another method, such as those connected to an I2C bus on the mainboard, as there is no reliable mechanism for scanning an I2C bus.

In your case, there are some duplicate entries, so the second instance is ignored. This probably happened because an older version of the BIOS shipped these entries as part of a supplemental table, and a later version included them into the main table, but the supplemental table was not removed.

These errors should be harmless and can be ignored as long as the system works fine otherwise.

2
After upgrading to Ubuntu 22.04 recently, I started getting errors after login
0
Ubuntu 22.04.01 LTS boots but error messages appear after formatting: partition error, APCI, BIOS. How to solve them?