Ask Question
Asked 10 years, 6 months ago
Modified 8 years ago
Viewed 45k times
7
This question already has answers here:
How do I start applications automatically on login? (15 answers)
Closed 8 years ago.

I have recently installed Ubuntu on my PC, but I can't understand how to manage the applications -- as an example, I'm trying to get Chrome to autostart. I can start Chrome manually, but I'm not able to find the correct exe (to make it autostart). How can I make this work?

So... you're really new to Ubuntu! I should say you two things:

If you want to autostart Chrome when logging in, follow this steps: 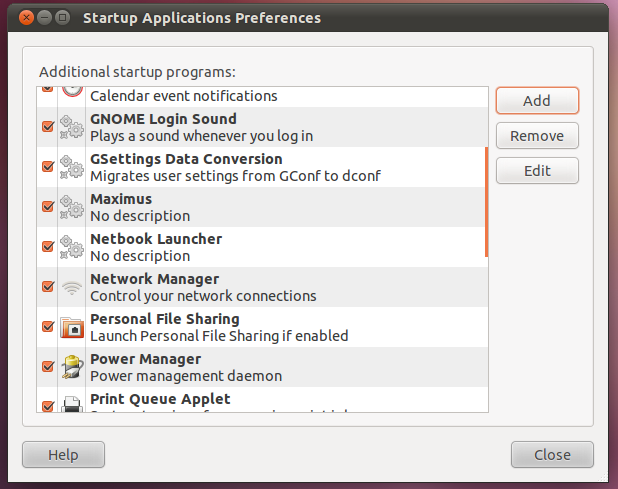 Ubuntu and related (Unix/Linux/BSD) systems don't typically designate applications with the .exe extensions. (They can be interpreted by the system according to file associations, MIME types, format of the file, and so on.)

Executable files (that is, applications) are usually found in bin directories. (There are other questions and references that go into detail on the where and why.)

There are some handy commands to find these files, but in many cases, the system already knows where there are -- if you can execute google-chrome manually, it is probably already in a place (path) that Ubuntu knows about, so just adding the name of the application (google-chrome) in something like the startup menu is sufficient.