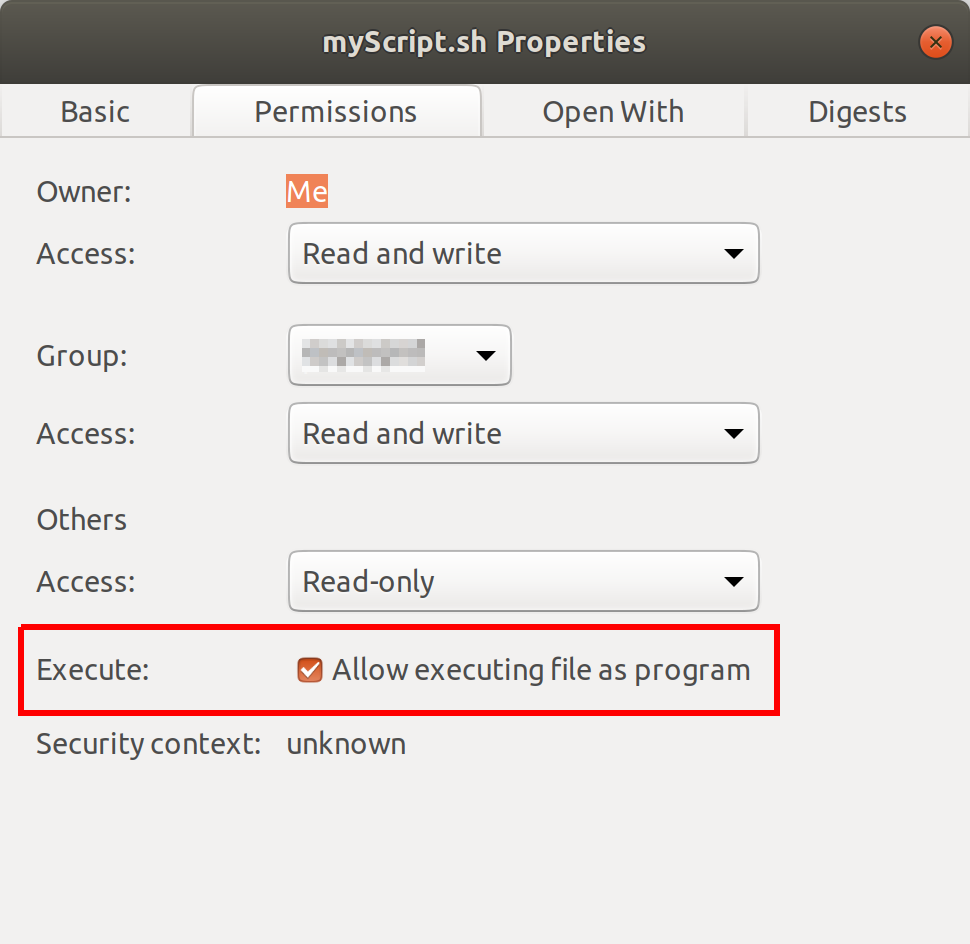 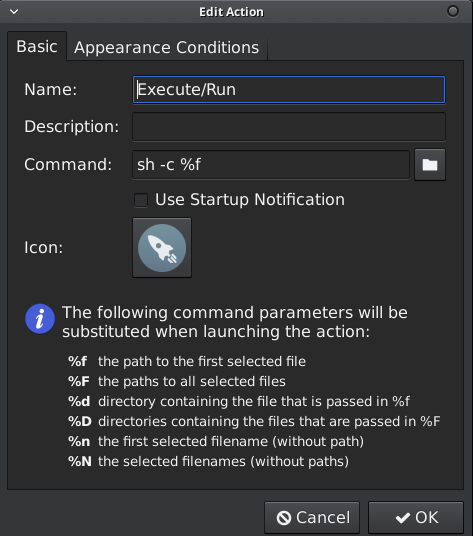 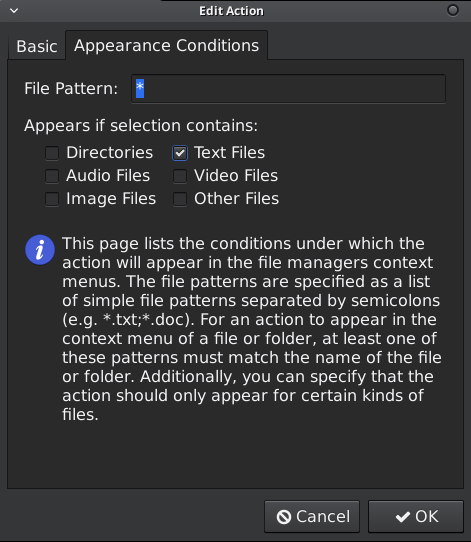 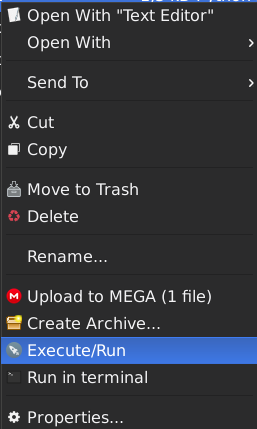 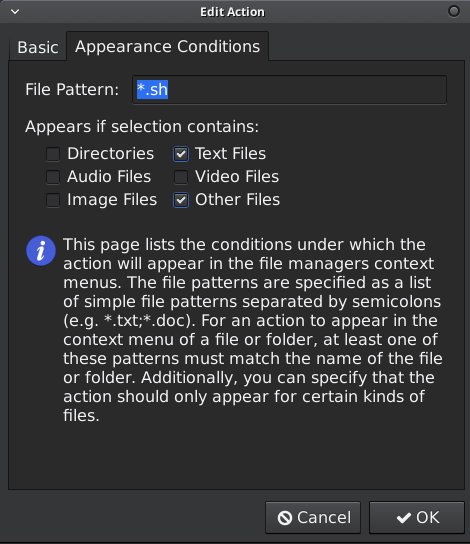 19
How to make a shell file execute by double click
1
Shell scripts not executing
3
How to run a tcl program/script
0
creating an executable file
-2
How to run .sh file by click in Xubuntu?
1
Open Android Studio “studio.sh” by double click on script file in ubuntu 14.04
4
How to launch shell scripts from XFCE desktop?
4
How to evoke a Makefile in the GUI?
0
Ubuntu 18.04 executable not executing
0
Executing script in GUI
See more linked questions

0
How can I run an extracted .exe in WINE?
6
How to execute a sudo script with double click
1
Making ruby script into .exe
2
Let Nautilus open script as Terminal window