How to get Six (an old KDE game program) running in Kubuntu 20.04

Six was a gold-medal winner several times in a computer games olympiad. The source code is on GitHub https://github.com/melisgl/six/tree/master/six. It has been pinned for a couple of decades, but I would like to bring it up, however I'm not familiar with programming KDE, Qt or even C++. I'm mostly and assembly, C and Python programmer, and have been at it for about 50 years (really!).

Nevertheless, it was a bit of a surprise when I built a Kubuntu 20.04.3 for the purpose, cloned the repository, and went to start. The usual start is .configure, but even that did not work. Probably because the code is so old, but I need help. It didn't get far and ended up asking if I had things configured correctly, apparently because it could not find kde-config. One hit on a search for that name indicated it was or in in a package called kdelibs5-dev, but I cannot see that in synaptic. Is it in some other package I should install? Is there something simple I could do to get a bit further into .configure?

Direct compilation from 15 years-ago sources probably will not work because of missed dependencies at compile time.

But there are clues that this package is still available in compiled form on Fedora. To prevent Glibc version missmatch we should convert rpm-packages from Fedora 32 to deb-packages, then install them as follows:

And then launch game with LD_LIBRARY_PATH=/usr/lib64 six to get 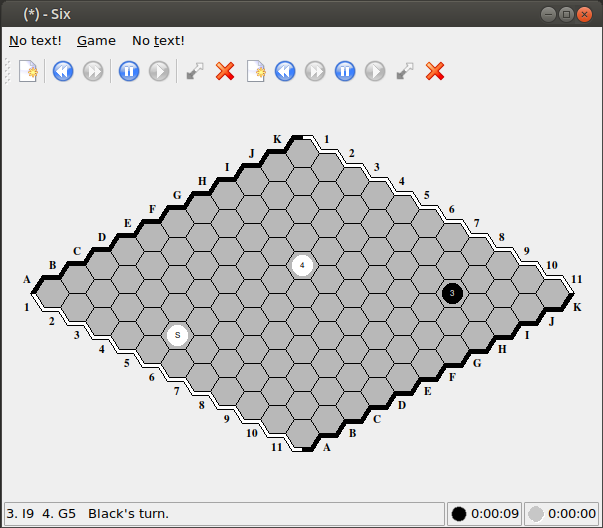 Note: currently I do not know how to fix "No text!" labels, but game seems to be working.

Not the answer you're looking for? Browse other questions tagged kubuntu kde configuration makefile or ask your own question.

1
20.04 Configure Error: The important program KDE-Config was not found

4
How to get KDE cursor
0
Installed KDE onto Xubuntu 12.04, now get black screen after login!
6
Qt 5 configuration
0
Problem in making customized Kubuntu LiveCD
3
How do I get unique running apps in bottom panel for each KDE/Kubuntu workspace?
1
KDE: Main panel stops refreshing when running game
0
Japanese Input on Kubuntu 20.04 (KCModule not found)
4
KDE CONNECT issue on KUBUNTU 20.04