When starting or log off/on, add'l panels show and some panel applets are duplicated

After upgrading to 12.04 Gnome Classic amd64,every time I log on a new additional blank panel appears on the top and bottom panels - which I delete every time. In addition, the default panel applets are duplicated in the original panels.

Also the panels in the second screen are empty (in addition to the wallpaper being hidden).

As suggested by fossfreedomm I created a new user and the same behavior occurred.

I increased the height of the panels (24>36) and the added panels did not change.

If I don't remove the added panels and log off/on I get still another - they accumulate.

If I switch user instead of logoff/logon, the add'l panel do not appear.

This apparently results from a 10.10 repository error where nvidia-current update was botched and as a work-around I installed driver from nvidia. This resulted in a botched 10.10>11.04, then a botched 11.04>11.10, then a botched 11.10>12.04 release upgrade. It kind of incredible that the resulting 12.04 would boot at all. Remarkably, the same thing on a 32bit system worked perfectly. The solution apparently will be to fix the 11.04 so the following upgrades will work, if that is possible. Fortunately I have backed up each step. 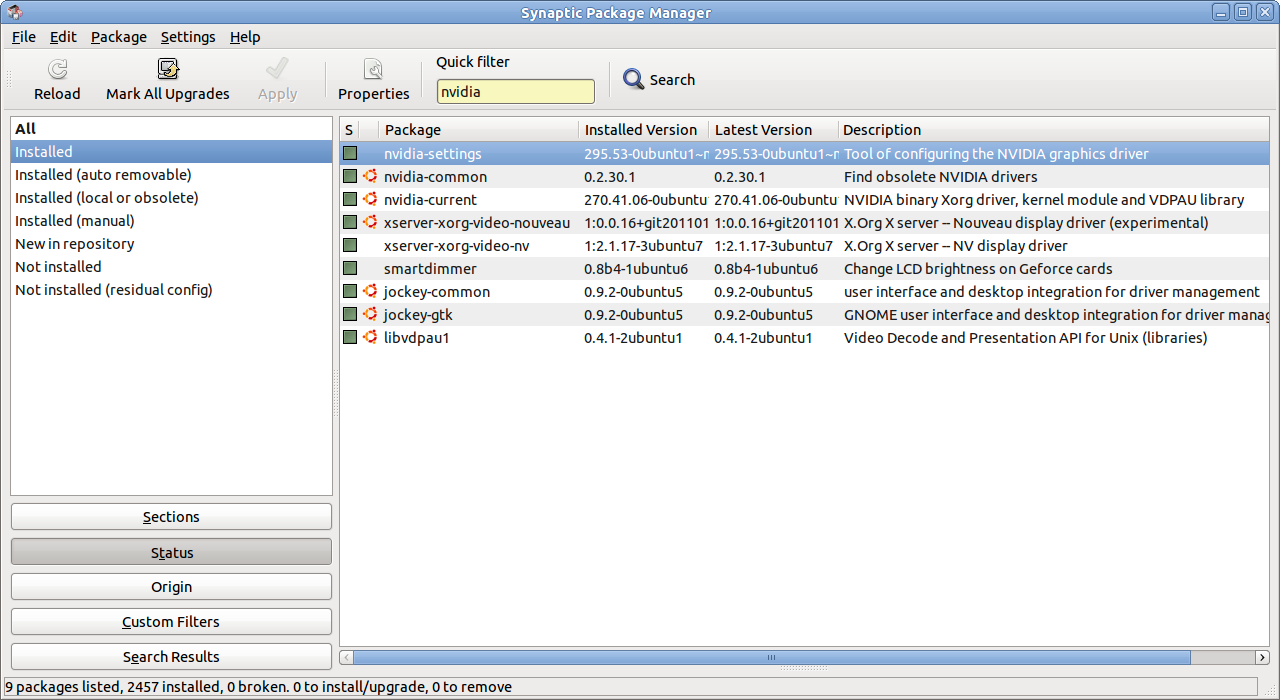 UPDATE This now seems to be associated with 12.04's inability to support a second monitor (at least in amd64 with nvidia graphic adapters). These occur when adding/deleting 2nd monitor (screen1) using nvidia settings and logging on/off. Bug reports have been filed, Bug #1002641 and Bug #1001712 and possibily related to Bug #1002602 and Bug #729979

This also occurs with Unity.

UPDATE Bug #1002641 is getting a little attention but nobody is assigned to work on it. After today's update, I now have the Unity Dash Totem on my Gnome fallback/classic screen obscuring the Gnome top panel and pretty much making 12.04 useless. Thank goodness I have a working 10.04 also running so I can get some work done.

4
Panel applets are jumbled on login
7
Will upgrading to 11.04 destroy my current desktop settings?
2
Missing panels in classic after upgrade
6
Alt + right click does not work to edit GNOME panel in Unity
0
Multiple panels appear when restart or log-in
1
Setting Wallpaper in Gnome with command line only works once
3
Unity not working after upgrade Ubuntu 13.04 to 14.04