How to bring back alternating row colors in Thunar's list view on Xubuntu 20.04?

I've just upgraded Xubuntu 16.04 to 20.04. With 16.04, files were displayed with different colors of lines in Thunar (see the following screenshot, obtained from here): 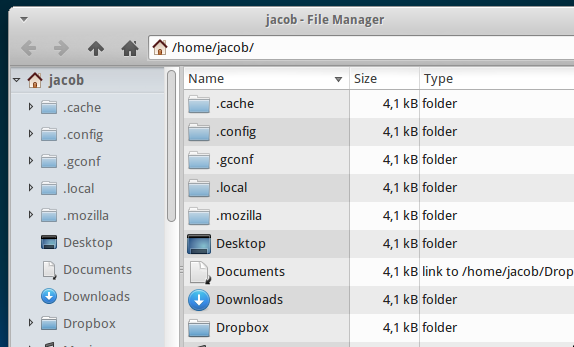 I don't know what parameters I need to change to have the same effect.

Does anyone have an idea?

This was removed from Gtk3.19 and later unfortunately, so themes can't enable it anymore. The Thunar devs may be able to hardcode line colors into Thunar itself but that would take a bug report and coding.

Indeed, there exists a report about this issue in the gtk Gitlab repository: GtkTreeView odd/even row styling no longer works

So, the issue is due to Xfce migrating to GTK 3 and cannot be fixed, unless the GTK developers add this feature back. GTK 4 offers the capability of alternating row colors in list widgets, however, according to Matthias Clasen (maintainer of the gtk Gitlab repository):

Bringing it back in the treeview itself is unlikely.

Not the answer you're looking for? Browse other questions tagged 20.04 xubuntu xfce thunar or ask your own question.