Error when trying to run an app with sudo or gksudo

I'm not sure what happened. A few days ago I installed some updates and now i get an error whenever I try to run sudo nautilus. If I run gksudo nautilus it hangs for a few seconds then does nothing. 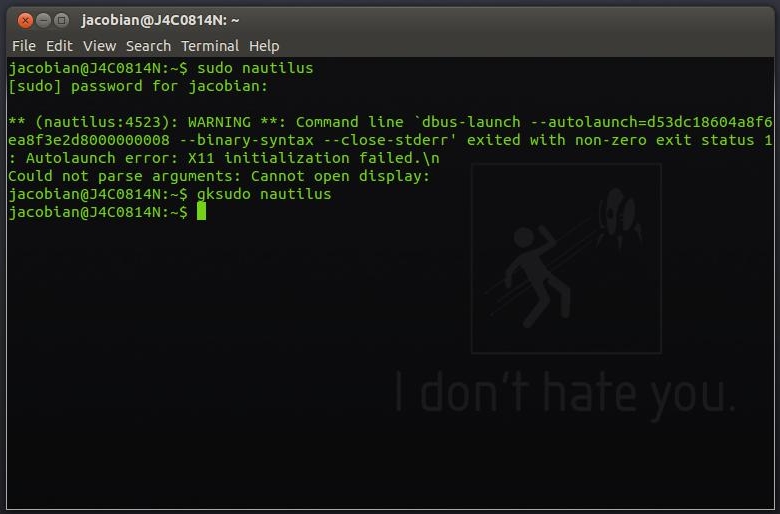 Anyone else had the same issue, or know how to fix it? A similar thing happens when trying to run sudo gedit as well...

attempts to sudo other apps: 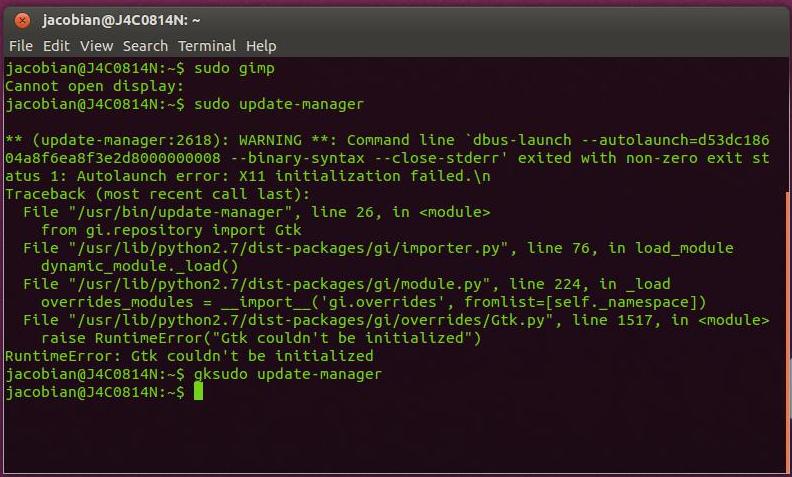 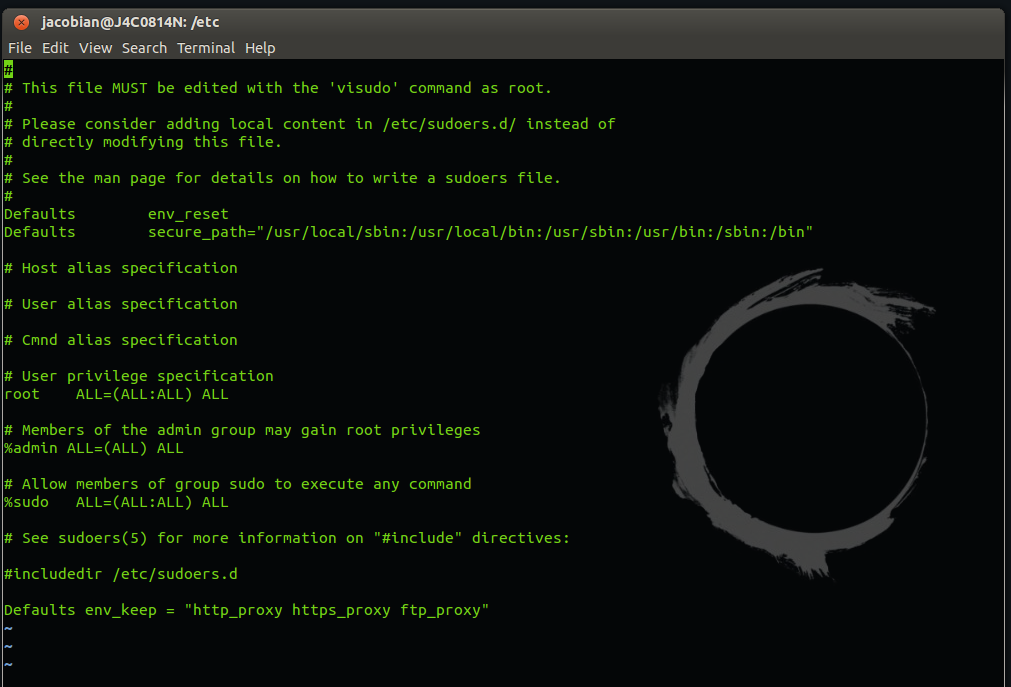 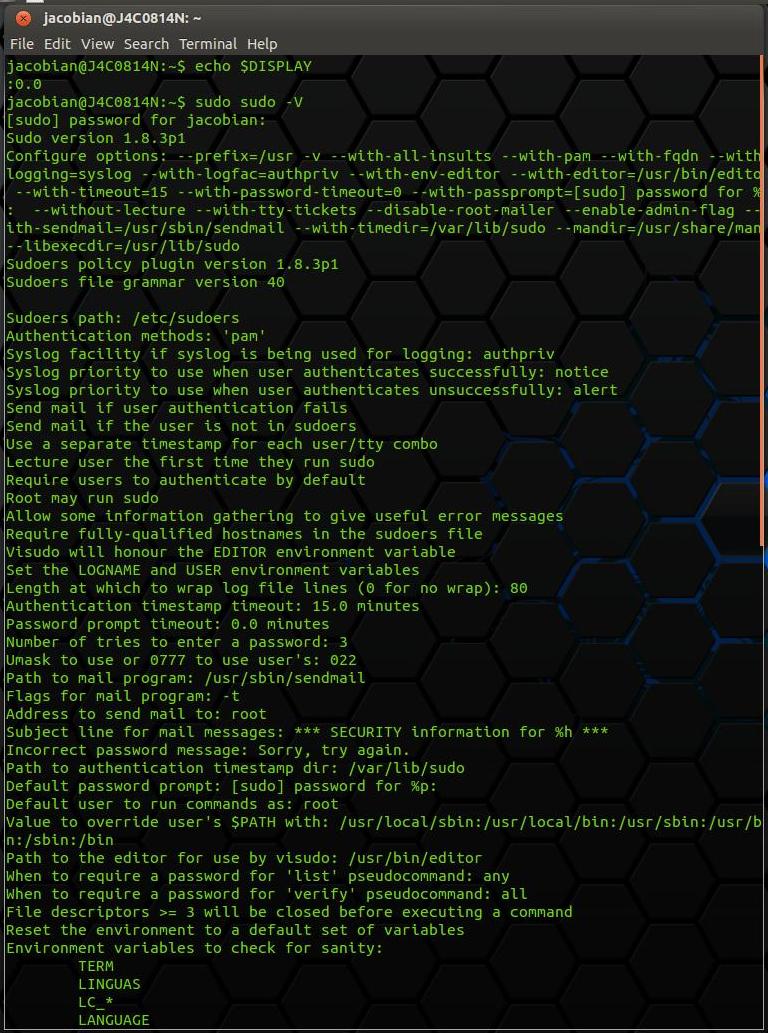 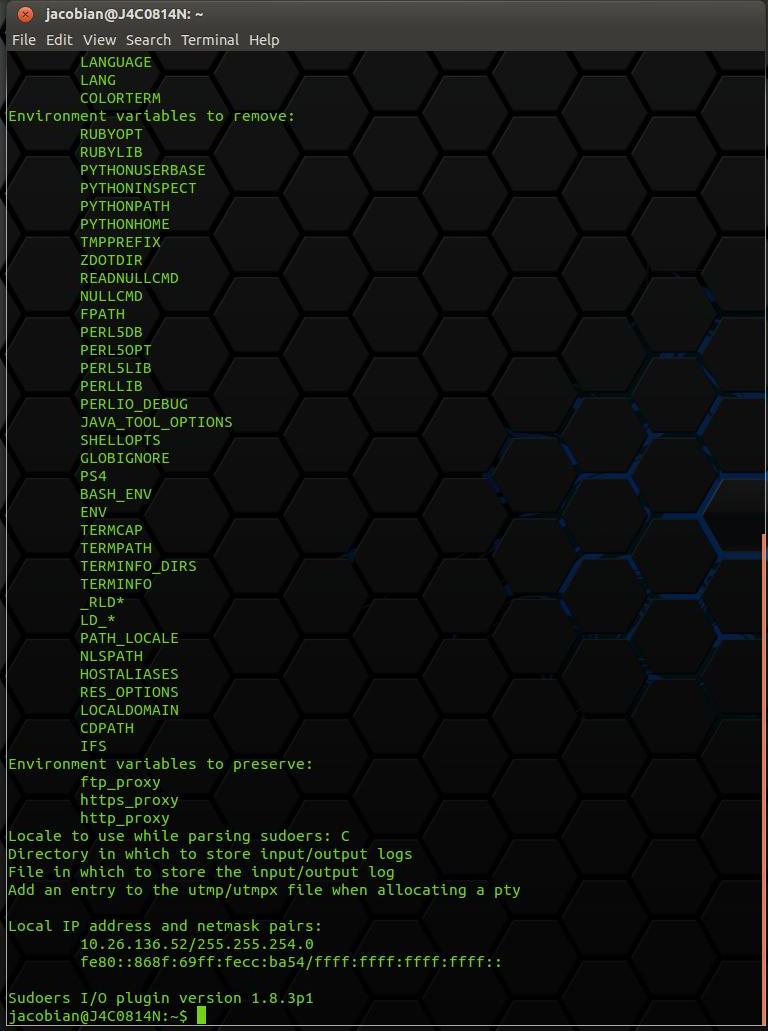 But your output says to preserve ftp_proxy, http_proxy, and https_proxy (note that all the others are gone).

That's not there by default, so either you or someone else with access to the system added it. You could try commenting it out (sudo visudo, then add # in front of that line and save the file). Sudo should work fine after that.

If you're sure you need those variables, you can append (instead of clobbering and overwriting) env_keep by using += instead of =:

Read man sudoers for a lot of detail on all this :)

Not the answer you're looking for? Browse other questions tagged nautilus sudo or ask your own question.