I have a Dell XPS 15 9550 and a encrypted Ubuntu which will not boot. At the beginning iI updated/upgraded the current OS which resulted in the following output after reboot. 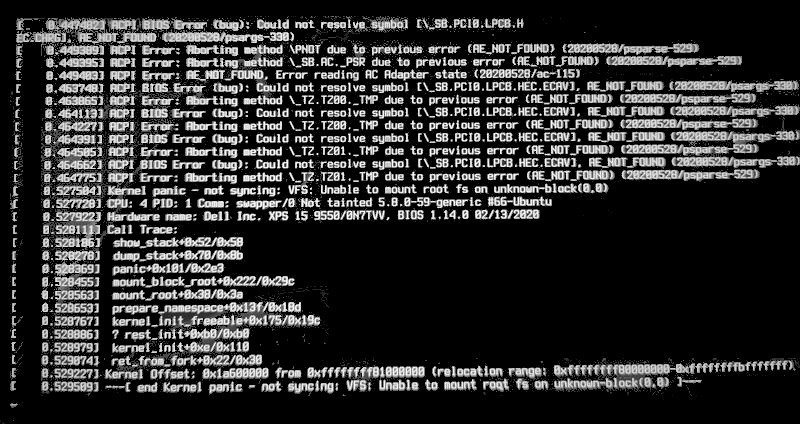 In addition to that I found people with a similar issues (with the following solution), but I didn't find the PPT settings.

I had the same problem. My computer is a Dell Inspiron 15.

The problem is with UEFI. To fix it you can turn off PPT in the UEFI/BIOS options and enable Legacy Boot.

I thought maybe I'd chroot my Ubuntu with a live USB and install another kernel, but I thought I'd ask the community before the attempt because I tried that with the kernels that I mentioned above.

Browse other questions tagged boot kernel uefi dell or ask your own question.