Currently on Ubuntu 20.04 both as host and guest, I followed http://ryan.himmelwright.net/post/virtio-3d-vms/ and activated 3D acceleration on video, and OpenGL on dsplay, but on VM launch I get

How can I make it work?

I disabled Listen Type to None 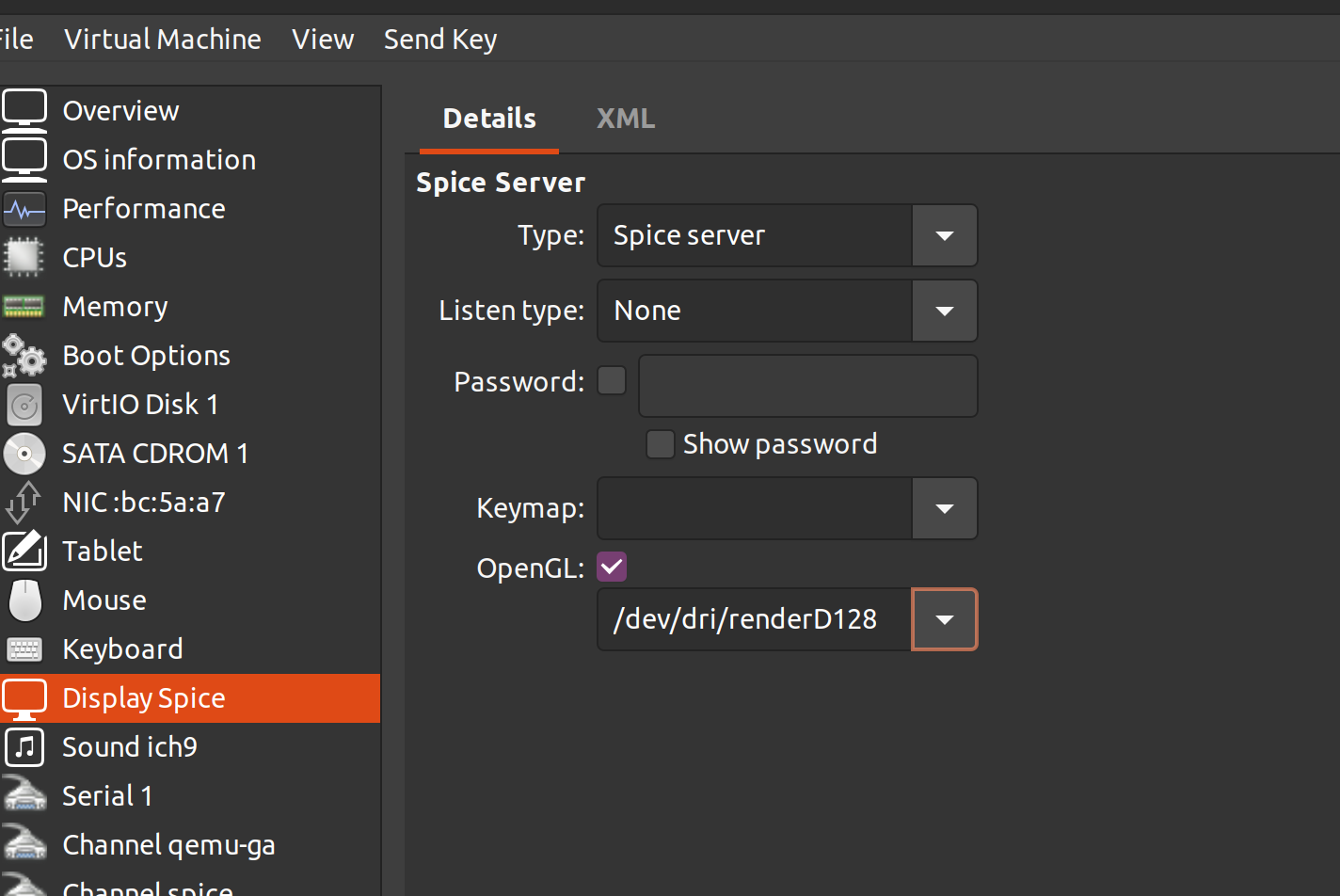 but I get a very glitchy image: 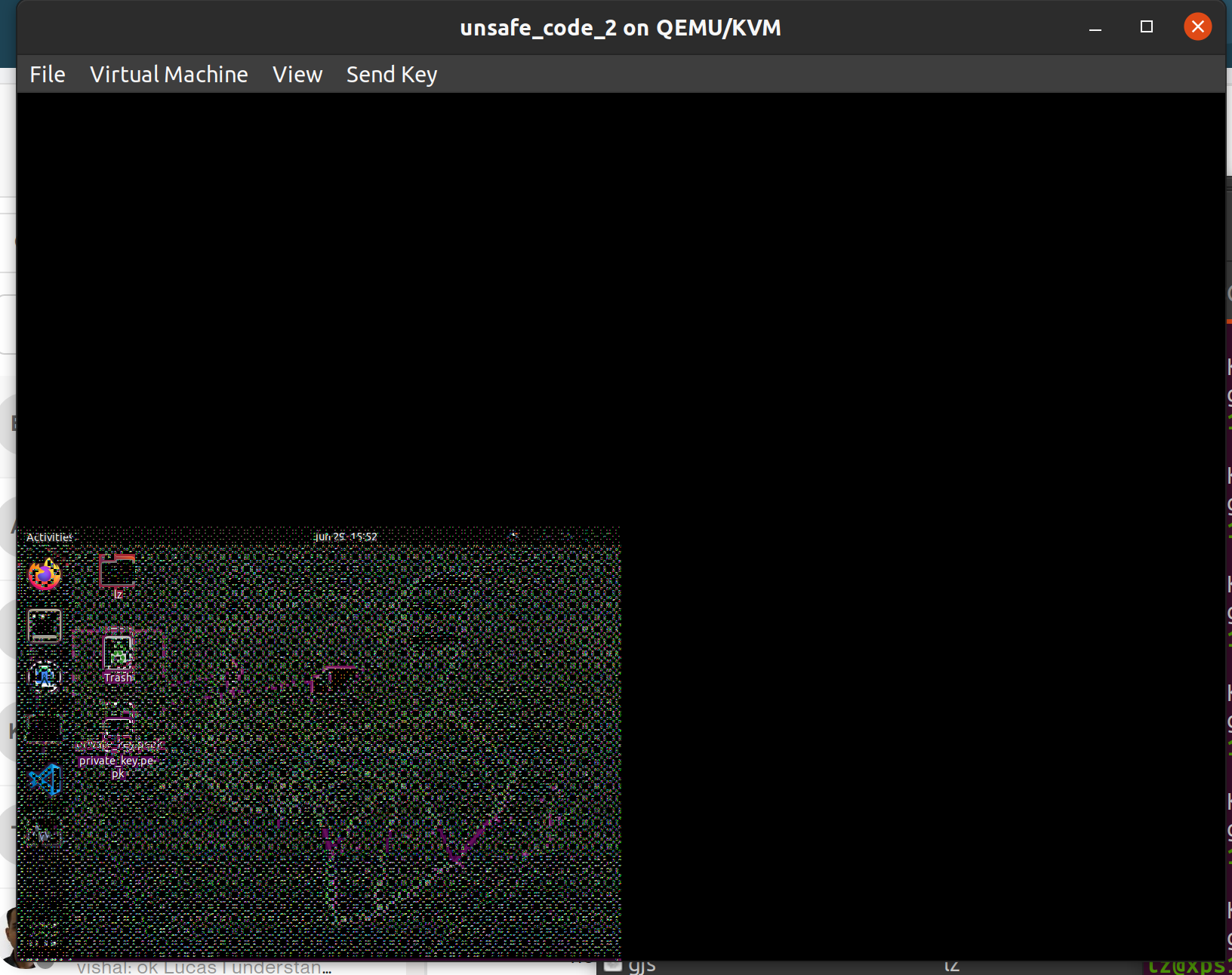 I also faced the same problem while working on software based Hardware Acceleration as specified by: http://ryan.himmelwright.net/post/virtio-3d-vms/ . I tinkered around a little bit and found simple a solution which worked for me. But I cannot guarantee that it will work for you too:

I assume you have changed the 'Model' from 'QXL' to 'Virtio' and enabled '3D Acceleration' in 'Video Device' section along with the settings you specified above. I also assume the renderer that you have selected in the 'OpenGL' dropdown is your Dedicated GPU.

Now, just close your virt-manager instance and restart it from terminal by appending DRI_PRIME=1 before it i.e. run DRI_PRIME=1 virt-manager in terminal. Now start your VM. Initially, I saw some screen glitches, but after the login screen was opened, the things ran smoothly. I monitored my AMD DGPU usage through radeontop and it was running fine.

After more fiddling with the VM hardware acceleration, I found that there is one more step that needs to be done to run the VM with the DGPU. We need to first increase the VRAM to atleast 512MB in the 'QXL Model' of the 'Video Device' section, click 'Apply', change the 'Model' from 'QXL' to 'Virtio' with '3D Acceleration' enabled, and then run the virt-manager with DRI_PRIME=1.

When I tried this, Manjaro was running fine, but the performance of Windows 10 VM was very choppy.

Not the answer you're looking for? Browse other questions tagged graphics virtualization kvm opengl virt-manager or ask your own question.

4
Unable to use virt-manager
8
OpenGL warnings with Ubuntu 12.04 LTS running as a VirtualBox Guest under Windows7
3
Windows guest's audio choppy in QEMU/KVM with virt-manager
5
How to properly configure Virt-Manager (QEMU/KVM) with Windows guest
5
Enabling OpenGL in Windows 10 Guest VM in QEMU
0
No video on Ubuntu 20.04 minimal VM via virt-manager