Hotspot on 20.04.2 and network settings in general seem to be extremely bugged

As the title says, hotspot on 20.04.2 and network settings in general seem to be extremely bugged. Not sure what's going on but it's annoying and I unfortunately am not good enough with ubuntu to do this without a GUI.

My aim is to take the ethernet signal that my server is putting out and turn it into a hotspot for my devices, as my 3d printer, printer and TV are in another room.

I'm going to start from the beginning and try everything again here.

I open the network settings. 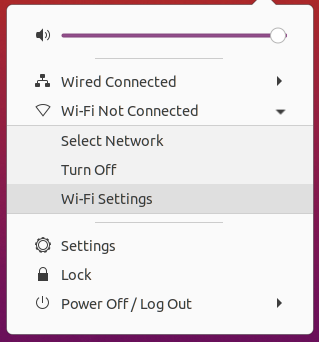 First of all, this screen is significantly simpler than I remember in the past, especially with regards to hotspots, which I think is part of the same issue. 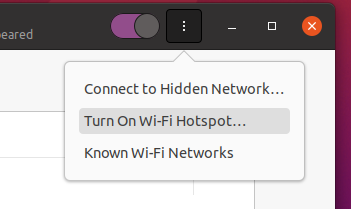 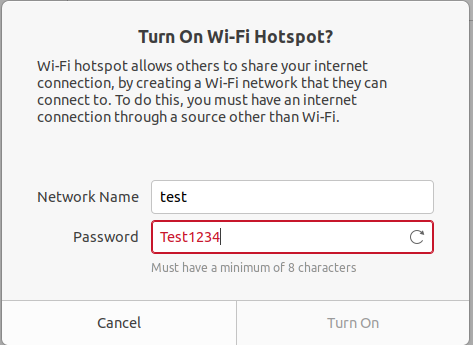 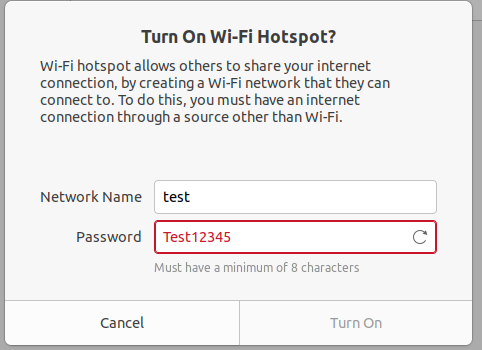 I use password 'Test1', and that works, because the default encryption type is WEP. (Why???)

I cannot see this hotspot on my Note 9 running Android11. My Windows 10 laptop with verified working wifi card can see it, but immediately says 'Cannot connect to this network' when selecting 'connect'. An ubuntu laptop sees it, but will not connect.

I open sudo nm-connection-editor, and hit edit on the hotspot.

The connection mode is not on hotspot, it is on ad-hoc by default. 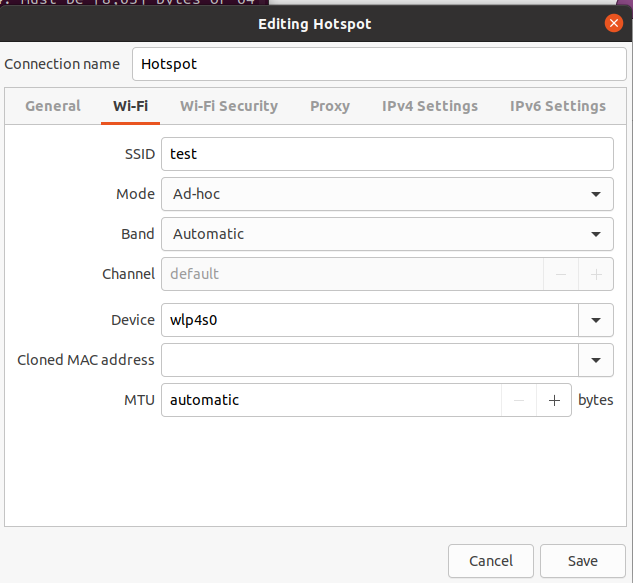 I change that to hotspot and sudo service network-manager restart.

The wifi is not 'not connected', with no options for a hotspot. 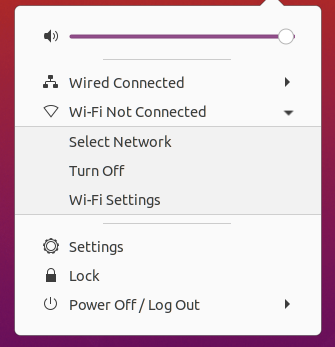 I go to the network settings, and the 'turn on wifi hotspot' option is grayed out. 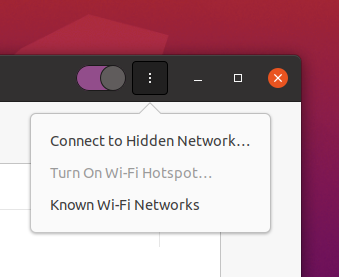 Clicking another submenu and coming back to wifi settings doesn't fix that.

I restart the VM, but the 'turn on wifi hotspot' option is still grayed out, so I delete the connection with nm-connection-editor.

I now create the hotspot again with the default UI, making the password the same.

This time I leave the Mode alone, but change the Wifi security type to Wpa/wpa2 personal and the password to Test1234, and sudo service network-manager restart. Again, I am now not connected and I cannot turn on the hotspot.

Right, since that's not working, I create a new wifi connection from nm-connection-editor. 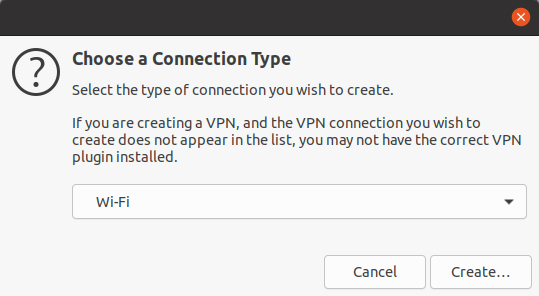 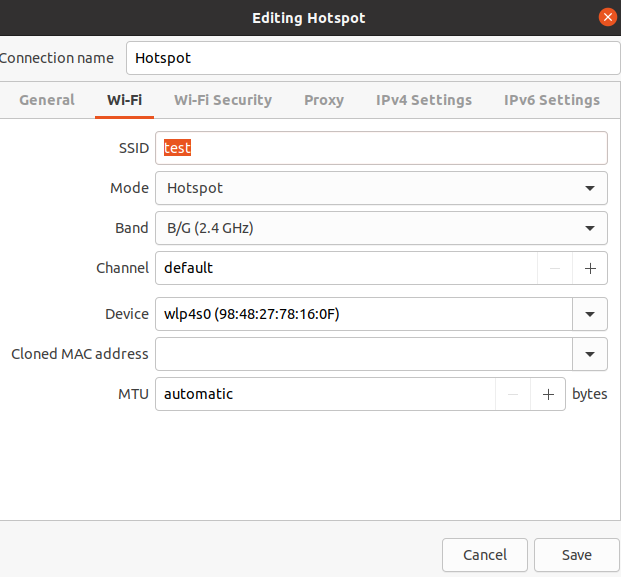 `Turn on wifi hotspot' is now grayed out again, and the hotspot is not visible in the 'wifi' or 'network' parts of the settings to enable it. 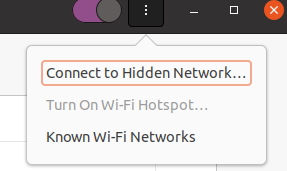 Without doing anything else I restart again. Since 'connect automatically' is checked I assume I will see the hotspot on when I reboot.

No such luck, and 'turn on wifi hotspot' is still grayed out.

I try clicking 'connect to hidden wifi network' and connecting to my hotspot I made in nm-connection-manager. 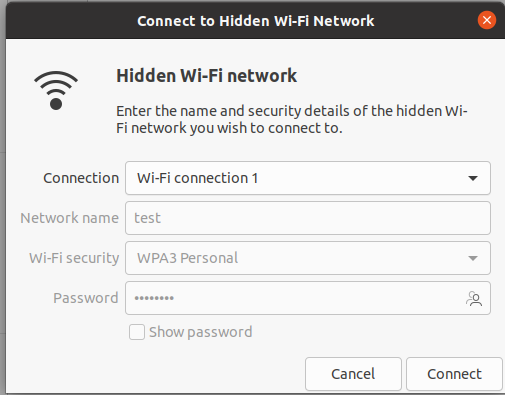 It's unsuccessful, but now the option to 'turn on wifi hotspot' is ungrayed.

When I click that, it resets the previous settings to the following:

It's now connected, but of course still doesn't work properly.

When using nmcli connection up test I get:

Error: Connection activation failed: No suitable device found for this connection (device enp1s0 not available because profile is not compatible with device (mismatching interface name)).

I think I might be able to fix that by defining the interface in /etc/network/interfaces with iface enp1s0 inet dhcp or something similar but I'm not sure if those are the correct flags for a hotspot.

Browse other questions tagged networking wireless 20.04 hot-spot or ask your own question.

1
How to bridge mobile broadband and wifi networks?
0
Ubuntu Network Manger keep creating Ad-Hoc Hotspot. No infrastructure. A bug?
0
Is it possible to have single wi-fi device switch between client and hotspot modes?
0
create wifi hotspot in ubuntu-14.04 when connected to another wireless network
3
Switch between Wifi hotspot and wifi network