Had this happen a couple times now. Working with Windows 10 and Ubuntu and occasional re-use disk from one machine to the other. Had a working boot disk that suddenly stopped after a couple weeks and when I looked at it in Disks, it showed twice the size and had Windows and Linux partitions neither of which were accessible. The screen shot attached shows the same problem on a different disk. The partition 1 contains a couple thousand files I'd like to have back. I was able to recover some, but they are incomplete and the recover process did not recover the file names. Less important than recovering the data is figuring out why formatting the disc is not removing the old partitions. Working with Ubuntu 20. I am pretty sure I formatted the disk and then created an ext4 partition, but it is showing here as a windows format. Thanks 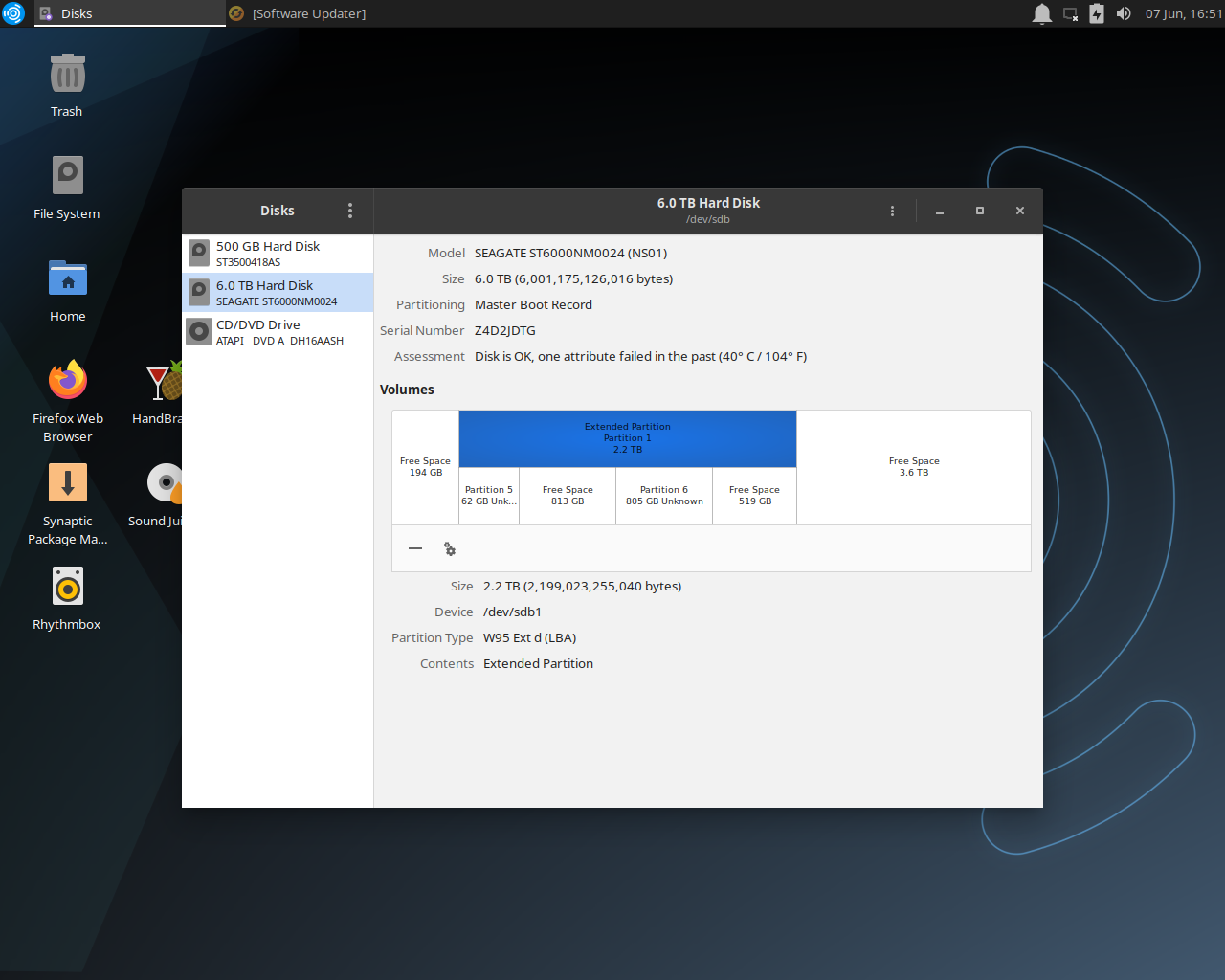 As the previous posters noted, this was a user error. Hard drive was originally connected to a Windows computer and when I moved it to ubuntu, I did not delete the original partitions. Among other problems, I thought it was a 3tb drive instead of a 6tb (when I put in the linux box the Disks app showed 3tb free).

To fix the problem I used fdisk from the command line to find the drive and gdisk to remove all the partitons. Then created a GPT table and formatted the new partition.

Not the answer you're looking for? Browse other questions tagged partitioning data-recovery or ask your own question.

25
What does the term "Extended Partition" mean? Is it safe to use this type of partition?