How do I get the latest GIMP version available?

I understand that there is a new version of the GIMP available, although it appears that the only way of doing this is by compiling from source :P

Is there another way of getting it, or if I have to compile can I do that through the terminal or better still; a GUI?

You can do this through the Terminal:

To install the latest stable version of GIMP as a snap package in all currently supported versions of Ubuntu open the terminal and type: 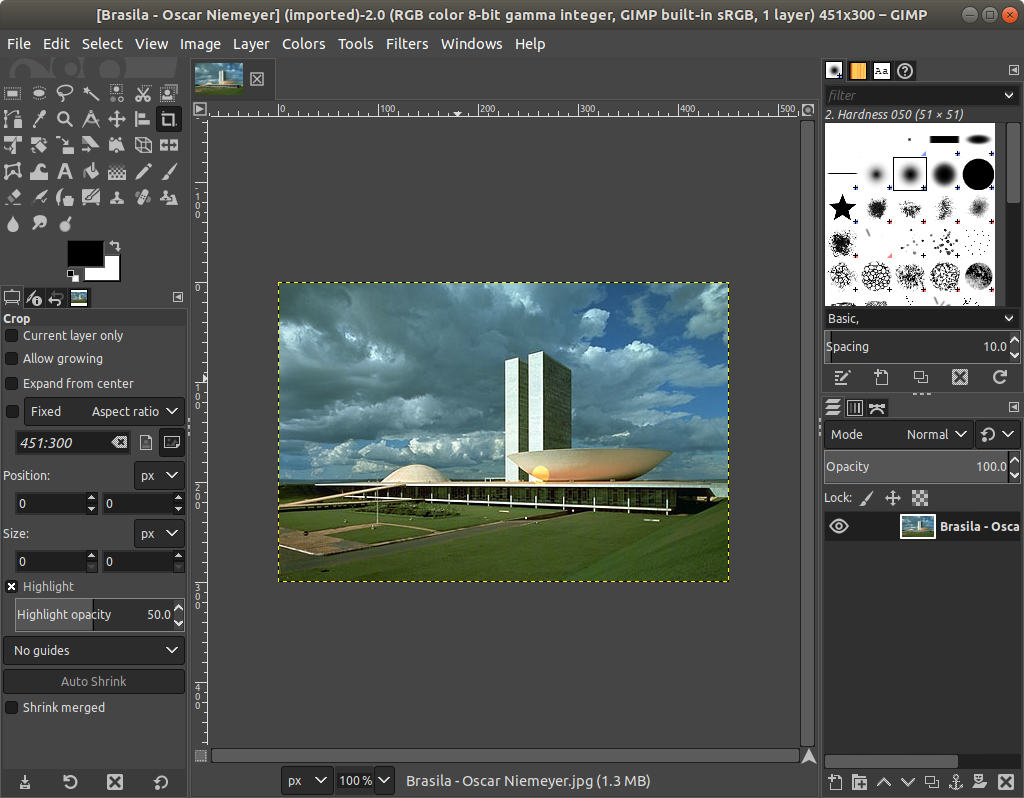 Ubuntu versions prior to 12.04

Currently there is no method to install Gimp 2.8 on any version below 12.04.

Unlikely for the following reason:

The dependencies of the latest versions of Gimp require a-lot of the latest underlying libraries that you will not find by default in any version below 12.04. Thus, you will need to recompile and rewrite portions of the code to get it to compile. The further away you get from 12.04, the larger the change required.

A maintainer of the Gimp package (ppa:matthaeus123/mrw-gimp-svn) mentions in the description that it needs the latest Gnome-3 PPA as well as some other testing libraries. Both of these will not install on gnome-2 environments (below 11.10). Looking at the dependency lists for 12.04 version of Gimp, these are also not available in 11.10.

Will it ever be available in a PPA for versions below 12.04? Its probably safe to say unlikely unless there is an enterprising developer out there who wishes to port this to this.

Until then, UbuntuForums has an interesting thread on how to compile from source.

Thus - if you definitely want Gimp 2.8 - look to installing 12.04 + one of its many desktop environments.

Fortunatelly the availability of stable GIMP 2.8 also made gimp plugin registry (with the famous save for web plugin) easy to install.

If you're upgrading from an older GIMP version please visit the link and pay attention to the 'dist-upgrade' command http://www.webupd8.org/2012/05/gimp-28-stable-finally-available-for.html (also if you want to revert to GIMP 2.6.x)

If you're just installing GIMP for the first time on your current system install:

Let us support this project.

I am able to download gimp2.9 and open a file rejected by earlier version of Gimp. And I am still using ubuntu 10.04 Lucid.

This is really a broken case with Linux systems because you need to upgrade your entire system just to be able to run the latest apps. I hope this will be solved soon and I hope we support projects like the above.

I am happy with my ubuntu 10.04 and i've have lots of configs here and development files... may have to way until 2016 to upgrade lol!

Add the PPA: https://launchpad.net/~otto-kesselgulasch/+archive/ubuntu/gimp and several packages will be updated/installed from it, nost notably Gimp itself, and gimp-plugin-registry that contains several useful plugins (resynthesize, etc...) that are much easier to install that way. If youa re n <=17.04, this PPA will give you Gimp 2.8.22.

Both methods have their restrictions, in particular it can be difficult to add your favorite compiled plugins (script-fu and python plugins are usually OK).

Here is the flatpak way of installing GIMP:

Once installed you can run GIMP by using this command:

For me, GIMP would not run as a regular user because of permission errors. You can find the errors by running GIMP in terminal. The fix:

This changes the owner of the bus directory. $USER in linux is the current logged in user (try echo $USER and see what you get).

In Ubuntu 16.10, you can easily install it from the terminal with the following command:

To upgrade an existing install of gimp, run the following command in the terminal:

If you would like to uninstall gimp but retain settings (if you plan on reinstalling some other time, for example), run the following command in the terminal:

If you would like to uninstall gimp and remove settings, run the following command in the terminal:

this PPA works for me and it will give you last version available Note: this may get version still in development too

also you can go for the other steps down here

this will display the current version of gimp

4
How to install an application like gimp from terminal and install all the available plugins showed in software center?
10
When will Gimp 2.8 come to the software repository?
9
how to install webp plugin for gimp?
1
How to get Shutter Edit feature to open images in GIMP?
1
How to make GIMP open file in same instance
0
GIMP running but cannot view display
2
How to install the Darktable plugin for GIMP 2.10
1
add flatpak GIMP to the ubuntu menu
2
How to install a previous version of Gimp with Flatpak on Ubuntu 20.04?