How to uninstall vscode?

Stupid question, I know, but I just can't figure out how to remove VSCode from my Ubuntu 20.04.

I don't remember how I downloaded and installed it, and history doesn't go that far back.

I know it's installed, because if I press the super key and enter "vscode", it shows up: 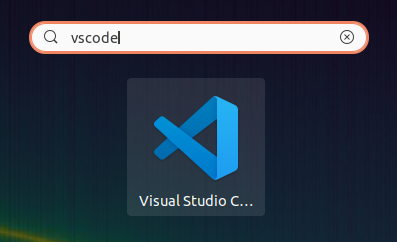 Hm. Maybe I downloaded it as a .deb and installed it with dpkg? However, dpkg --list gives me

with nothing in between, so no vscode entry. I've also tried with the Ubuntu Software Center, but that only gives me the option to install it, so it obviously doesn't know it's already installed.

So I'm at an impasse. How do I remove this thing?

apt dpkg uninstall
Share
Improve this question
asked May 22 at 10:41

If you installed it via apt, then it’ll be:

If it was via the Snap Store, then:

Not the answer you're looking for? Browse other questions tagged apt dpkg uninstall or ask your own question.